WEST PALM BEACH, Fla. — When we say the Patriots running game was bad this summer, what we mean to say is that it was an abject disaster.

New England’s struggles on offense during training camp and the preseason are well-documented. However, the reality is the issues started and ended with the offensive line, which was horrible. Be it injuries, the implementation of a new scheme or being coached by someone who last worked on offense when Tom Brady was 28 (probably all three), the line was a mess from start to finish.

The end product was Mac Jones looking atypically skittish in the pocket and Patriots running backs routinely getting stuffed behind the line of scrimmage. Time and time again, New England ran Shanahan-esque stretch run plays only to watch them blow up in the backfield. And that’s especially concerning when you consider New England has two very good running backs in Damien Harris and Rhamondre Stevenson.

So, there are many reasons to doubt whether the time between the Aug. 26 preseason finale against the Las Vegas Raiders and Sunday’s season opener will be enough for New England to fix its running game. And yet, Stevenson on Wednesday seemed legitimately unconcerned while speaking with reporters at Palm Beach Atlantic University.

“The beginning of the camp and things like that, we were working on the run game and seeing what we need to fix,” Stevenson, acknowledging the struggles, said moments before the first of three Patriots practices in Southern Florida. “But now, a week away, I feel like we got — we’re pretty confident in our run, that’s all I’ll say. We’re pretty confident with it.”

The way Stevenson delivered his words made it seem as if he wasn’t just giving some boilerplate answer. You could tell he wanted to say more but cut himself off.

Time will tell whether the Patriots indeed have figured things out on the offensive line and, by extension, in the running game. Has Bill Belichick doubled down on the new offensive scheme despite glaring growing pains, or has he dialed things back and prioritized more bread-and-butter, power-heavy Patriots running plays?

Ultimately, the answer might be a bit of both. That said, without a true fullback on the roster, New England might not have the personnel required to execute many of the running plays they featured during the days of James Develin and Jakob Johnson.

The good news is that many of these questions will be answered Sunday afternoon when the Patriots visit the Miami Dolphins in a Week 1 matchup. The success of the offense very well could hinge on whether the line, especially embattled tackles Isaiah Wynn and Trent Brown, can protect Jones and open running lanes for Harris and Stevenson. 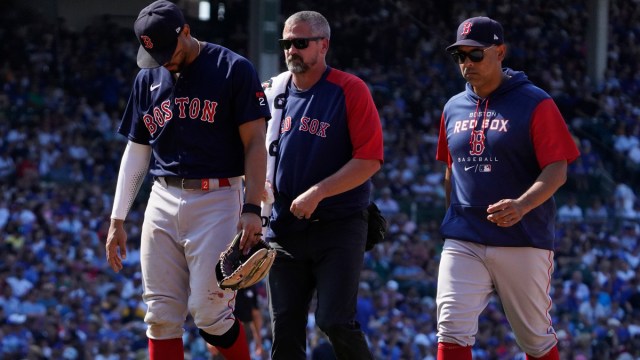 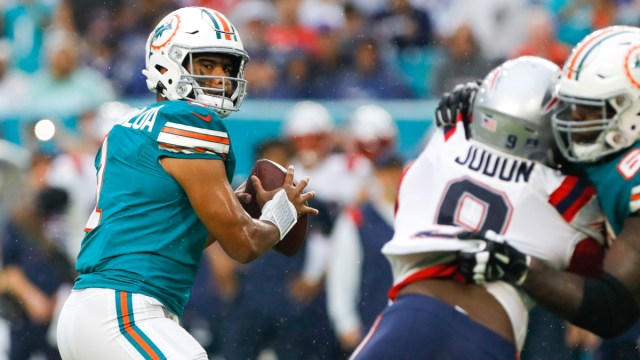