This is the last weekend without Boston Bruins regular season hockey.

The B’s begin their 2022-23 campaign Wednesday on the road against the Washington Capitals. There still are some questions surrounding the Bruins and it’s unclear how the Opening Night roster will look.

But before the season starts, here are a few random thoughts.

Jack Studnicka deserves a spot in the lineup
Studnicka hasn’t been able to showcase his skills at the NHL level on a consistent basis, but this could be the year that changes.

The forward has had a very strong training camp and has impressed in preseason. Studnicka survived the latest round of cuts and has been a solid fourth-line center. At this point, he needs consistent NHL minutes in order to continue his development and to show the Bruins what he can bring to the team.

Pavel Zacha will be just fine
Zacha figures to play on the top line while Brad Marchand is sidelined due to offseason hip surgery before he slides down to the third line. Who the odd-man out will be when Zacha moves lines remains to be seen, but Zacha has been drawing high praise from his new Bruins teammates and it’s clear to see why.

Zacha played with David Pastrnak and David Krejci in their preseason win over the New York Rangers on Wednesday night and the trio combined for eight points. The forward never quite hit his ceiling while with the New Jersey Devils, but a change of scenery has done Zacha good early. He’s been skating with Patrice Bergeron in practice, but if Taylor Hall also is not ready to start the season, we could see more of the Czech line when the regular season begins.

David Krejci hasn’t missed a beat
A year in the Czech Republic clearly did not slow Krejci down.

The second-line center picked up right where he left off with the Bruins in 2019-20 and has shown no signs of fatigue in camp and preseason. Krejci and Pastrnak had their chemistry on full display in Wednesday’s win and it’s clear he elevated the play of Zacha during their time together on the ice.

Krejci fills a void the Bruins were missing last year and the Bruins will have a dangerous top six when everyone is healthy.

Jakub Zboril is ready
Zboril was playing his best hockey when he tore his ACL last year. A lot of talk surrounding the young defenseman was about whether he’d be able to bounce back after his surgery.

And he certainly did.

Zboril is fighting for a spot on the blue line and likely will get one with Matt Grzelcyk and Charlie McAvoy likely out to start the season. Even if Grzelcyk, who was skating Friday in a regular practice jersey, is ready to go for Opening Night, Zboril has done everything and then some to earn a spot in the lineup.

The D-man also has drawn high praise from Jim Montgomery, with the head coach calling Zboril a “top-five player” throughout camp.

The Bruins may not start the season as slow of some thought
With questions surrounding Marchand, McAvoy and Grzelcyk’s status, many believed it would be a rough start for the Bruins when the season begins.

But after some preseason games and seeing how everyone has meshed — coupled with a new head coach — Boston has given its fans plenty of reason to be optimistic for the new season. Yes, there still are plenty of questions, but it’s clear the B’s will be competitive and have that next-man-up mentality. 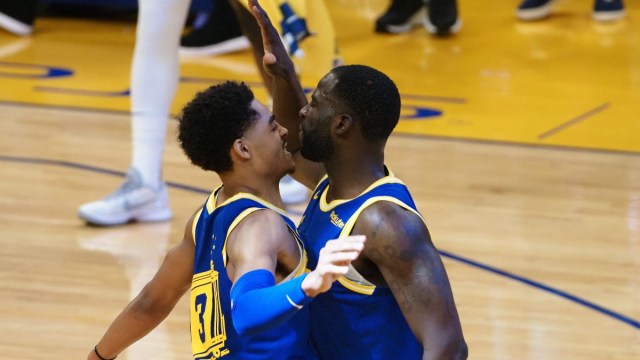 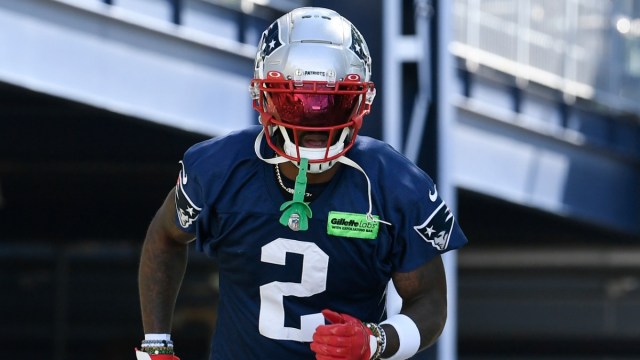