WWE Rumors: Huge Update On The Rock's Status For WrestleMania 39 Skip to content

Looking forward to The Rock vs. Roman Reigns at WrestleMania 39? Don’t hold your breath.

While the WWE dream match remains possible, a new report from Dave Meltzer of Wrestling Observer Newsletter cast further doubt over it happening at this year’s two-night event at SoFi Stadium.

“We were told that unless he changes his mind in the next few days, since a deadline for Mania plans is coming, that he’s indicated he won’t have time to get into the kind of shape he feels he needs to be in to do a main event match with Roman Reigns, but kept the door open for something in the future,” Meltzer wrote.

A match between The Rock and Reigns — real-life cousins — has been kicked around in internet speculation for years, but WrestleMania 39 seemed like the perfect stage. Not only is Reigns the hottest attraction in WWE right now, but the upcoming ‘Mania also is taking place in Inglewood, Calif., with the tagline “WrestleMania Goes Hollywood.” And Dwayne Johnson just so happens to be one of the most recognizable celebrities on the planet.

Between the built-in storyline — Reigns dubbing himself the “Tribal Chief” and the “Head of the Table” as part of the “Bloodline” faction that includes other members of their family — and The Rock’s mainstream appeal, there simply is no bigger match that could be made for WrestleMania 39. But it’s sounding more and more like WWE might need to pivot to Plan B, sooner rather than later, if it hasn’t already.

“Of course it is a possibility that it’s something being kept a secret from everyone,” Meltzer wrote. “WWE has always had a backup direction this year given they were aware Johnson was not a sure thing for some time, and as time went on and he didn’t agree, felt the likelihood had lessened. I don’t know that he’s officially turned it down, but the only indication is that it was considered less likely than a few months ago.”

The Rock is a busy man, no doubt. But he’s built like a machine. It’s crazy to think he’s not prepared enough physically to main event WrestleMania. Then again, there’s a difference between being in shape and being in “ring shape.”

Of course, we also can’t rule out the possibility of this all being a swerve, with WWE and/or The Rock doing whatever it takes to throw everyone off their scent before an eventual return to the squared circle.

After all, that’s showbiz, baby. 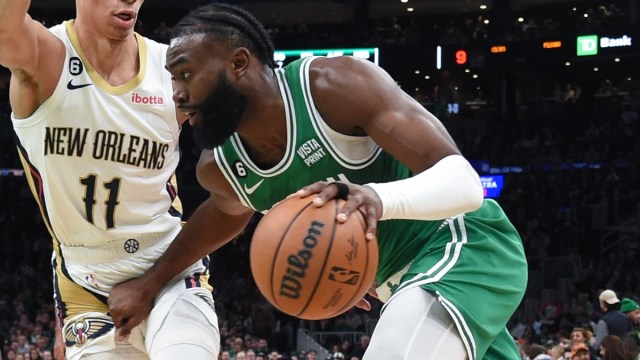 Celtics’ Jaylen Brown Hates Boston Traffic As Much As You Do 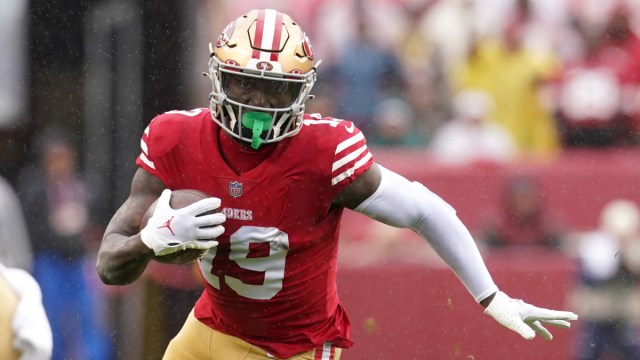