And just like that, the Bruins and Hurricanes are tied 1-1.

Boston dropped Game 2 to Carolina 3-2 on Thursday night, but it certainly wasn’t for lack of effort.

The Bruins got two goals on the power play, something they struggled with mightily in Game 1, and made the Canes’ man-advantage look like their own.

But at the end of the day, it was Dougie Hamilton who scored the game-winning goal and helped knot the series.

Cassidy expected a tough game from the Canes, though, especially considering Carolina head coach Rod Brind’Amour wasn’t happy with a goal in Game 1. And even though Boston played a strong game, Cassidy thought Game 1 was a bit better.

“We weren?t as good as we were opening night,” he told reporters during his postgame Zoom press conference. “Give Carolina credit.”

Here are some other notes from Thursday’s Bruins-Hurricanes Game 2:

— Krejci’s goal marked the 38th of his postseason career, which put him in some pretty elite company.

— Speaking of goals, the last time Hamilton potted a game-winner in the postseason was when he was a member of the Black and Gold.

Before tonight, Dougie Hamilton?s last game-winning goal in the postseason came in a Bruins uniform, in Game 3 of the 2014 First Round at Detroit. #NHLStats StanleyCup pic.twitter.com/WxoQUcWzbh

Cassidy said he’s hopeful the winger — who was deemed unfit to participate Thursday — will play Saturday in Game 3. But we probably won’t know Pastrnak’s status until day of.

— With Pastrnak out, Anders Bjork saw time on the top line alongside Patrice Bergeron and Brad Marchand. And while Cassidy thought they played fine at times, there’s nothing like the chemistry of 88-37-63

“I thought it had its moments,” he said. “Other times it could?ve been better. You don?t replace Pasta.”

But Marchand thought his linemate for the night “played a hell of a game.”

— Things got a bit chippy throughout the game, with Zdeno Chara sticking up for a hit he clearly didn’t like on Charlie McAvoy and the two teams exchanging chirps after whistles.

“We weren?t expecting to walk through this series,” Marchand told reporters on Zoom after the game. “It?s gonna be a hard-fought series all the way to the end.”

— Tuukka Rask played in a second game of a back-to-back after not facing an overly heavy workload in Game 1. And even though his team didn’t get the win, he still felt good in the crease.

“I didn?t feel tired,” he told reporters on Zoom. “I felt good. Too bad we lost. … It doesn?t really feel like playoff hockey right now. There?s no fans. It feels like an exhibition game.”

— The Bruins and Canes are back at it Saturday afternoon when the puck drops from Scotiabank Arena at 12 p.m ET. 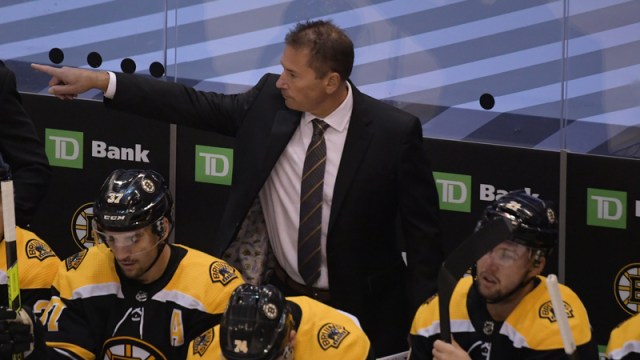 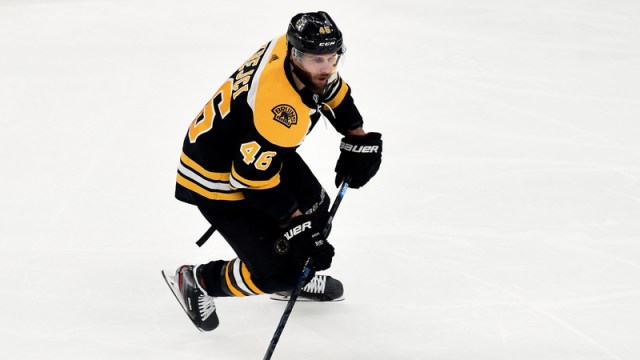