Jakobi Meyers took an indirect path to his spot atop New England’s receiver depth chart, just as the Patriots went the scenic route to finally find another promising young wideout.

Meyers is emerging as Edelman’s future replacement as a quarterback-turned-receiver who can work from the slot or out wide and (additionally and only tangentially relatedly) has long admired his signal-caller.

The 24-year-old has caught 22 passes for 287 yards in his last three games since emerging off the bench. He had a breakout game under a national spotlight when he hauled in 12 passes for 169 yards on “Monday Night Football” in the Patriots’ 30-27 win over the New York Jets.

We all should have seen this coming.

ANOTHER LOCAL QB-RECEIVER CONNECTION
Edelman grew up in Redwood City, Calif., looking up to another Bay Area product: San Mateo native Tom Brady, who became a hero to Northern Californians when he won a Super Bowl for the Patriots in 2001. Edelman played quarterback at College of San Mateo and Kent State before being selected by the Patriots in the seventh round of the 2009 NFL Draft and converted to receiver. Edelman even moved to Southern California one offseason to work with Brady. Their connection grew to the point where Edelman was Brady’s favorite target from 2013 to 2019.

Right around the time when Edelman was drafted and working his way up the Patriots’ depth chart, quarterback Cam Newton won a national championship at Auburn, was selected first overall by the Carolina Panthers and was inspiring young kids where he grew up in Atlanta. One of those players was Meyers, then a quarterback at Arabia Mountain High School in Lithonia, Ga., just under 40 miles east of where Newton attended high school.

Meyers impressed Newton at a football camp and was invited onto the QB’s All-Star team for a 7-on-7 tournament in Florida. Newton coached Meyers in the tourney, and the connection between the QB and wide receiver (then still a quarterback) was forged.

LATE TO THE GAME
Meyers originally committed to Edelman’s alma mater, Kent State, before his recruitment picked up steam. He started playing football late in high school because his mother was convinced he would be a major league pitcher. Meyers, strong-armed from his days on the diamond, watched his brothers’ high school team struggling as their quarterback was throwing interceptions and thought, “Well, I could probably do that.” So, he joined his high school football team midway through his sophomore year and promptly sat on the bench.

Meyers, who had started losing interest in baseball, anyway, began his junior season as the team’s backup quarterback before the starter suffered an injury. He led the Rams to five straight wins, and “the legend of Jakobi Meyers was born,? as his high school coach, former NFL fullback Stanley Pritchett, tells it.

So, Meyers understandably wasn’t heavily recruited until his senior season. He garnered late interest from North Carolina State and decided to join the Wolfpack because he wanted to redshirt as a freshman. He figured he’d probably have to play right away at Kent State but wasn’t ready after just a year and a half of starting experience at the high school level.

The premonition was correct. Kent State wound up being forced to play a freshman quarterback, George Bollas, during Meyers’ redshirt freshman season at NC State. Bollas did not catch 12 passes on “Monday Night Football” this week.

PASSER TO PASS-CATCHER
Meyers learned behind future Patriots draft pick Jacoby Brissett in 2015 and was competing for the starting quarterback job as a redshirt freshman in 2016 until Ryan Finley, now on the Cincinnati Bengals, transferred in from Boise State. Finley was reuniting with his old offensive coordinator, Eliah Drinkwitz, who was hired by NC State that offseason, and won the starting job. Meyers was going to be buried on the quarterback depth chart, and head coach Dave Doeren saw no reason to stash a dynamic athlete on the sideline. So, Meyers moved to receiver.

He wasn’t thrilled by the position switch.

“I actually hated it,” Meyers said. “I felt like I was able to play quarterback. I thought I had the talent enough. I missed the work ethic of a quarterback and a lot of football knowledge that I needed to play that position. Originally, I fought against it and everything, and I wasn’t really bought in that first year. I was trying it out. I was still listed as a quarterback or a receiver. But after that year, that summer, I was just locked in, see where it would take me, and that ended up being the best decision for me.”

There was a hiccup along the way. Meyers played a big role in NC State?s first two games of the 2017 season before being benched against Furman. He got kicked out of team meetings after pushing some of the wrong buttons with wide receivers coach George McDonald, who believed Meyers still was frustrated over the position switch.

The receiver did some soul searching.

“That was probably one of the most pivotal moments in my whole career, honestly,” Meyers said. “I was like, ?You know what? Maybe this whole football thing isn’t for me.’ I was ready to quit.”

Meyers caught five passes for 112 yards with a 71-yard touchdown, juking safety Derwin James and culminating with a front flip into the end zone, in NC State’s next game against Florida State.

“That was the game he came back, and he went out there and played at a high level and helped us win that game,” McDonald said. “And that was a lot of the things that he had inside of him, he’s developed, and he’s learned everything he’s got the hard way, as people like to say. But it’s just a testament to his character and his drive to continue to try to develop himself and continue to find ways to be successful.”

Meyers led NC State in receiving over its final three games of the 2017 season before catching 92 passes for 1,047 yards with four touchdowns as a junior and declaring early for the 2019 NFL Draft. He didn’t flash at the NFL scouting combine, so he went undrafted and latched on with the Patriots as a rookie free agent.

THE BREAKOUT
Meyers called his mom and laughed after the Patriots signed Newton this offseason in free agency.

Newton greeted Meyers in the locker room with a picture of them together from the 7-on-7 tourney days. Meyers had stayed in contact with Newton’s father, Cecil, but lost touch with Cam. The Patriots’ new QB had remembered the skinny kid with the big arm who was thrust into a different position.

Still, Meyers found himself back on the bench to start 2020. After catching 26 passes for 359 yards last season as a standout undrafted free agent, Meyers, who suffered a shoulder injury in training camp, didn’t have a role to start the campaign, buried on the depth chart behind Edelman, N’Keal Harry and Damiere Byrd. Meyers only earned a starting spot once Edelman and Harry went down with injuries.

“When I wasn’t playing at the beginning of the season, I had already been through that two or three times. I knew where I had to get to,” Meyers said.

” … Just showing that I was reliable. Just trying to show the coaches that I could help the team. I knew what I could do talent-wise as far as catching the ball and getting open. But I knew that none of that mattered if coaches didn’t trust to put me in there. So just trying to be reliable, being consistent, coming to practice. Not just doing it once but to go out and do it consistently was a different thing.”

Meyers has proven adept at getting open over his last three games. He’s mastered finding holes in zone coverages and uses his size and quickness to separate at the top of his routes.

“Jakobi’s a quarterback at heart,” McDonald said. “So, he understands the receiver position from the quarterback position. Just those little nuances of where to be at the right time, what windows to try to work. So, I think that’s one of the things that makes him special is he understands what it means to be behind center and where he needs to get to for the quarterback to be successful.”

It’s not surprising that Edelman, who’s on injured reserve with a knee injury, shares those same traits as a former quarterback.

“We both switched to receiver late, so we had to develop our own crafty style,” Meyers said. “That’s what we know how to do. We don’t necessarily know how to run the most direct routes, but we know how to get open the way that suits us.”

It helps that he’s able to learn from a receiver like Edelman, who Meyers said, “pretty much gives me the answers to the test.” From watching Edelman on film and hearing the Patriots great talk about his craft, Meyers is able to weave certain techniques into his own game.

For the past three games, Meyers has turned into Newton’s version of Brady’s Edelman. Newton, who gave Meyers a pep talk before the receiver’s breakout, has completed 51 passes on 75 attempts for 546 yards over the past three weeks and 21 of those completions for 279 of those yards have gone to Meyers.

McDonald is not shocked that Meyers seemingly took a massive jump between his rookie and second seasons.

“He left early, so really this is really supposed to be his rookie year,” McDonald said. “Last year was just really his third full year playing wide receiver. So, I always thought he was just scratching the tip of the surface as far as his potential. As he continued to develop and get reps and grow as a wide receiver, I always thought he had a huge upside and a bright future at the position.”

The Patriots would be insane to put Meyers back on the bench at this point as the team’s best skill-position player. They need a trusted chain-mover who’s savvy enough to play multiple roles and get open regardless of the coverage.

Turns out, they had one all along. 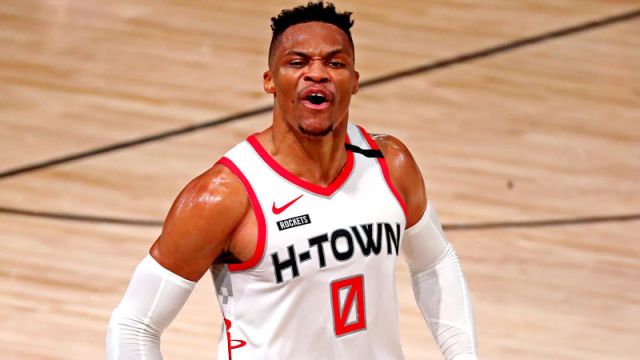 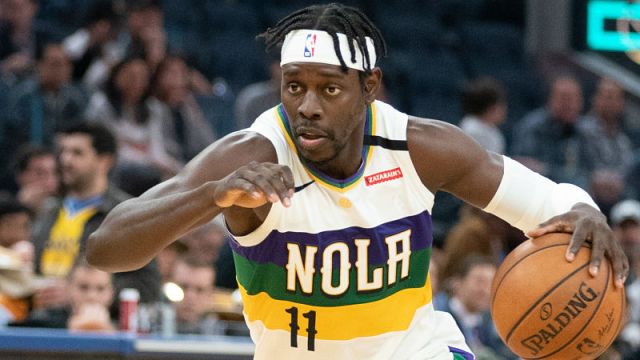