Tampa Bay Buccaneers quarterback Tom Brady has a way of becoming one of the guys when a superstar of his age, stature and accomplishments should naturally struggle to relate to younger teammates.

But the prospect of actually meeting Brady can cause butterflies for grizzled veterans and just-drafted rookies alike.

Buccaneers tight end Cameron Brate made peace with what he had accomplished in his NFL career years ago.

Brate, the son of two teachers, was shockingly realistic about his slim chances at an NFL career even back when he was starring at Naperville (Ill.) Central High School, so he chose to attend Harvard over a few lower-level FBS offers at MAC schools. Undrafted out of Harvard, Brate thought he’d delay starting his real career by landing on a practice squad and giving the NFL a shot for a few years.

“I never envisioned being in my seventh year in the NFL, having a chance to play in a Super Bowl, anything like that,” Brate said Wednesday during Super Bowl LV media availability.

But meeting Brady, that was different. That made the levelheaded tight end anxious.

“He had texted me like, ‘Hey, this is Tom Brady. FaceTime me when you can.’ I had to verify that it was actually Tom Brady and not just this random number,” Brate said Tuesday. “So, I FaceTimed Tom, and he told me how excited he was to come down to Tampa.

“I think we were much more excited to be getting Tom Brady than he was to come down here. There were a lot of question marks with our team. We just hadn’t had a lot of success down here. We were all really fired up.

“So, the first time I met him in person, we were going to Berkeley Prep, a little local high school to throw one Saturday morning at 7 a.m. It was me, (wide receivers) Scotty Miller, Chris Godwin, and Tom. And I just remember being so nervous the night before just to go out and catch passes, just routes on air, something I had done a million times. Just because it was Tom Brady, you know?

Miller, a second-year player out of Bowling Green who began to show potential as a rookie in 2019, had that same sleepless night before the throwing session with Brady in the spring.

“I remember CG (Godwin) had texted me the day before, ‘Hey, Tom’s in town. He wants to throw with you and Cam.’ So, I was like, ‘Oh man. That’s crazy.’ Just not really being able to sleep the night before,” Miller said. “Just couldn’t believe I was going to work out with Tom Brady.

“But when I met him, it was great. Super humble guy, super nice and easy even though he’s one of the most famous guys out there. Just great working with him. Great work ethic and he’s going to get the most out of you.”

Those interactions with Brady shouldn’t shock anyone in New England. Brady is usually the first to reach out to his teammates, and then they find out how nice and gracious the most famous quarterback on the planet really is. These are the same kind of stories that have been coming out of the Patriots’ locker room for years.

“Like, I could not believe the guy I grew up watching win Super Bowls (Brady) was right here in front of me, shaking my hand. I couldn’t believe it. We were able to spend most of the summer with each other. Every time we went out there to shadow receivers. We still talk at times in the locker room. So, that first encounter, man, I had to tell everyone about that one.”

It has been a unique season because of the COVID-19 pandemic. Players haven’t been able to spend as much time in the locker room getting acquainted as in years past. Brady referenced that last week.

But Brady was still able to connect with players on the other side of the ball.

“The first time I met him was in the locker room,” safety Jordan Whitehead said Wednesday. “I didn’t know what to expect. I said, ‘What’s up, Tom?’ He said ‘what’s up?’ back and we had a little talk about (former Patriots, Jets and Buccaneers cornerback) Darrelle Revis. Him playing with him. We talked about me being from Aliquippa (Pa.). He was like, ‘You’re from Aliquippa.’ He knew about Aliquippa. A lot of people do. It was short, sweet, but now I know Tom. Every day I say what’s up to Tom walking in. He’s a great person, great leader.”

Brady also still made a strong impression on kicker Ryan Succop despite the unprecedented challenges of 2020.

“Tom has been great,” Succop said. “He’s been a tremendous leader. He’s been awesome. To get a chance to play with the greatest player who’s ever played this game and to be able to call him a teammate has been something that I think we’re all really grateful and thankful for.

“As far as how much time I’ve had with him, not a ton. Obviously, we see each other at practice or you may have interactions here or there throughout the day, but COVID’s a different year where we’re not all huddled up around a table to eat lunch together or anything like that like maybe we would be in prior years. Don’t have a ton of time with him, but the interactions I have had with him have been very positive.

“He does a great job of making everyone feel important. He’s really, really nice to everybody. Really kind and I just really respect how he treats people with so much respect. It’s cool to see somebody in his position take time to make everyone around him feel important.”

Most young players have the same reaction as Dean or Miller and can’t believe they’re talking to or teammates with a superstar of Brady’s stature. There’s a certain joy in each recollection of meeting the six-time Super Bowl champion that other questions don’t produce, and it turns athletes at the absolute height of their profession back into kids. Because most of Brady’s teammates were in elementary school when the QB won his first Super Bowl in 2002.

“I got released and came back. I walked on the field. It was the first day, just a helmet, getting acclimated,” wide receiver Jaydon Mickens recalled Wednesday. “And the first thing, I came up to him. I was like, ‘Hey TB, what’s going on? I’m Jaydon, blah blah blah.’ He actually said, ‘Man, I’ve heard a lot about you.’ I said, ‘Well, I’ve heard quite a bit about you, but I’m not going to just sit here and ramble on. But I’m just ready to work.’ And he said, ‘Man, I’m excited to see you. I’ve heard you’re quick. I’ve heard you’re fast. Let’s get it on.’

“The next play, he threw me a slant at the back of the end zone. He called me, ‘Mick.’ So, when I hear, ‘Yeah, Mick! Great job, Mick! Great spot, Mick! Great hands, Mick!’ It’s like, come on man. Like I’m doing everything right when I hear something like that but at the same time, I’ve got to be extra consistently right so he can always trust me. And when Mick is in the game, Tom knows where Mickey is and that ball can be there.”

Rookie wide receiver Tyler Johnson was a year old when Brady was drafted. More than 21 years Brady’s junior, Johnson wasn’t even in kindergarten when the Bucs QB earned his first ring. Johnson was dumbfounded when he got a text from Brady after he got drafted in the fifth round out of Minnesota.

“It felt unreal like, yo, this is Tom Brady,” Johnson said. “I didn’t know how to reply. I think it took me probably a few hours to reply to him because I was still trying to process it all in. But the interaction was cool. And then once I got down here, I worked out with him which was very cool.”

It’s always fun to hear players talk about that first interaction with Brady because what starts as complete nervousness turns to joy because the superstar, future Hall of Fame quarterback has made it a point to prove that he thinks as much about the 90th man on the roster as that player cares about the legendary starting quarterback. 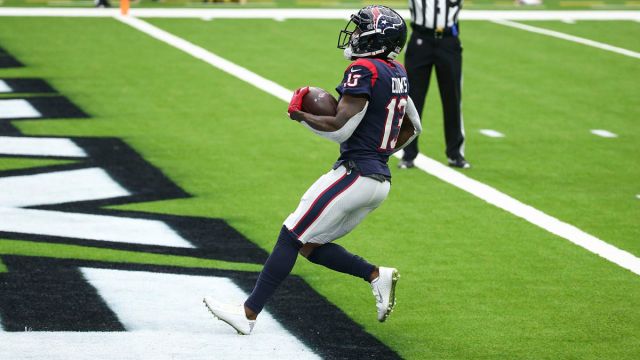 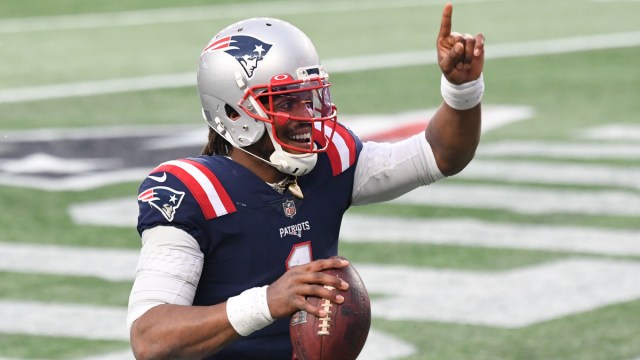