Another day, another NFL veteran released in a cap-clearing move.

This time, it’s running back Duke Johnson, whom the Houston Texans reportedly cut Friday to wipe his $5.025 million salary from their books.

ESPN’s Adam Schefter was the first to report Johnson’s release.

The NFL’s shrinking salary cap has put many teams in a financial bind this offseason, forcing them to cut ties with well-paid veterans. Defensive tackles Kawann Short and Jurrell Casey and wide receivers Tyrell Williams and Adam Humphries have been among the cap casualties thus far.

The New England Patriots, meanwhile, boast more than $60 million in cap space (fourth-most in the league), making them potential buyers ahead of free agency. And like Short, Casey, Williams and Humphries, Johnson could fill a potential need for New England.

The 27-year-old has been one of the NFL’s most prolific pass-catching backs since he entered the league in 2015, ranking fourth in total receptions over the last six seasons while playing for the Cleveland Browns and Texans. One of the three backs above him on that list is longtime Patriots standout James White, who is set to hit free agency for the first time in his NFL career.

Rex Burkhead also is an impending free agent and might not be ready for the start of the 2021 season after suffering a major knee injury in November. White and Burkhead are New England’s top two pass-catching options out of the backfield, with lead backs Damien Harris (five career catches in 12 games) and Sony Michel (26 in 38 games) providing little receiving production to date.

2020 undrafted free agent J.J. Taylor has dual-threat potential, but the Patriots would be wise to add a veteran third-down back if White — who could fetch interest from Tom Brady’s Tampa Bay Buccaneers and his hometown Miami Dolphins in free agency — departs this offseason.

Johnson is coming off the least productive season of his career. He appeared in 11 games for Houston, catching 28 passes for 249 yards and one touchdown while rushing 77 times for 235 yards and one score.

The five games Johnson missed (due to ankle and neck injuries) were the first of his pro career. He appeared in every game from 2015 through 2019, tallying at least 400 receiving yards in each of his first five seasons.

Released players, like Johnson, are free to sign with a new team at any time. Impending free agents must wait until the new league year opens March 17. 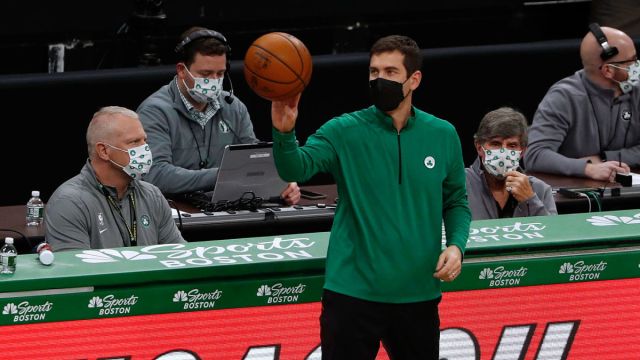 Brad Stevens ‘Getting Walked Over’ By Celtics? Kendrick Perkins Explains 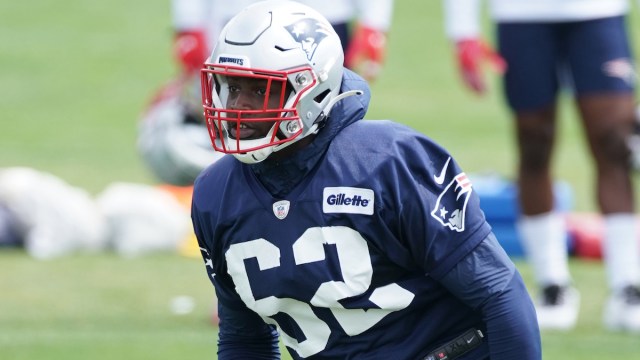