2020 SEASON REVIEW
With the exception of quarterback, no Patriots position group was hit harder by offseason departures than this one.

Watching Kyle Van Noy, Jamie Collins and Elandon Roberts walk in free agency was expected, and the Patriots made moves to plug those holes, signing the veteran Copeland and using two of their top three draft picks on linebackers (Uche in Round 2, Jennings in Round 3). But losing Hightower to a COVID-19 opt-out shortly before training camp was a major blow.

Hightower, a Pro Bowler in 2019, was the heartbeat of the Patriots’ front seven and New England’s primary defensive communicator. With him, Van Noy, Collins and Roberts all no longer available, the Patriots’ linebacking corps went from a nickname-worthy force on the NFL’s best defense to an inexperienced, patchwork unit that struggled to keep pace.

Bentley, who’d shown promise in his injury-shortened rookie season before taking a backseat to Collins in Year 2, became the team’s No. 1 inside linebacker and couldn’t replace Hightower’s versatility or playmaking prowess. The Patriots also shifted green dot duties — usually handled by a linebacker — from Bentley to safety Devin McCourty early in the season.

The Patriots’ other primary inside ‘backer wasn’t a linebacker at all. It was 210-pound safety Adrian Phillips, who played the majority of his 746 defensive snaps at the second level. Phillips’ lack of size was a detriment at times, but he started all 16 games, led the team with 107 tackles and seven tackles for loss and grabbed two interceptions. Rookie safety Kyle Dugger also was used as a hybrid linebacker.

Hall, a practice squad call-up, started four games at inside linebacker in the second half of the season and didn’t look overwhelmed.

A torn pectoral ended Copeland’s first season as a Patriot after six games, during which he primarily played on special teams.

On the edges, the Patriots routinely were gashed by outside runs and also struggled to generate a consistent pass rush, ranking 27th in sacks and 25th in sack rate. Simon, typically a reliable run defender, endured his worst season as a Patriot. Winovich emerged as New England’s top pass rusher but saw his playing time fluctuate wildly, with head coach Bill Belichick sometimes deploying him only on passing downs.

Uche didn’t debut until Week 8 and didn’t play more than 50 percent of snaps in any of his nine appearances, but the athletic, versatile Michigan product was one of the most impressive members of New England’s rookie class.

Jennings saw more game action than Uche (292 defensive snaps to Uche’s 178) but appeared further behind in his development than his fellow 2020 draftee.

TOP OFFSEASON STORYLINES
1. Will Hightower be back on his current contract? McCourty recently said all eight Patriots opt-outs are expected to return this offseason, and getting Hightower back in the fold would be a huge boost for this unit. But with the soon-to-be 31-year-old set to carry a $12.4 million salary cap hit in what will be the final year of his current deal, the Patriots could approach him about a potential restructure or extension.

Whether Hightower would be open to either is unclear, and with the fourth-most cap space in the NFL, the Patriots do have a fair bit of financial wiggle room as they look to restock their roster this offseason.

2. Can the young guys take the next step? After investing heavily in the linebacker/edge rusher positions in recent drafts, the Patriots will be looking for Winovich (third round, 2019), Uche (second round, 2020) and Jennings (third round, 2020) to take on larger roles in 2021.

All three have shown varying levels of versatility, with Jennings splitting his snaps between on-the-line and off-the-ball alignments and Uche and Winovich both seeing time at inside linebacker in addition to their primary edge-rushing duties.

Winovich ideally will develop into a three-down outside linebacker, but he still must prove he can consistently hold up against the run. Those same concerns apply to Uche, who faced running plays on just 22 percent of his snaps as a rookie, per Pro Football Focus.

Belichick raved about Uche in December, saying the 22-year-old is “definitely going to help us.”

“He?s a good football player, and we?ll be able to define his role and his situation much better next year after a year of experience with him,” Belichick said. “So I?m looking forward to that. He?s definitely going to be an asset for us, and if he continues to work and improve, he?s got a good future.”

3. How will the Patriots improve this group? Even with Hightower expected back and New England’s young ‘backers likely to improve as they accumulate experience, this group needs reinforcements. Tampa Bay’s Lavonte David and Buffalo’s Matt Milano are potential targets if the Patriots are looking to spend in free agency.

As we noted Monday in our defensive line review, the Patriots historically have had success drafting front-seven players in the first round. If they go that route this year, Tulsa’s Zaven Collins and Penn State’s Micah Parsons are possible options at No. 15 overall. 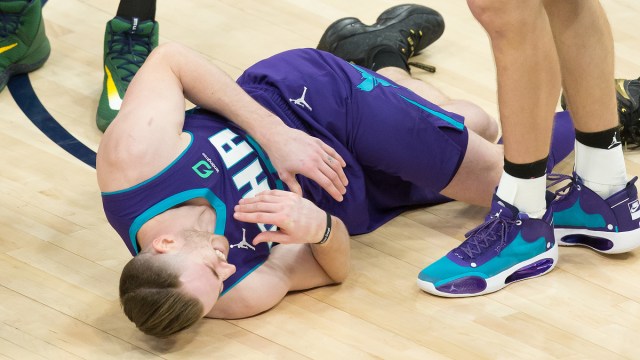 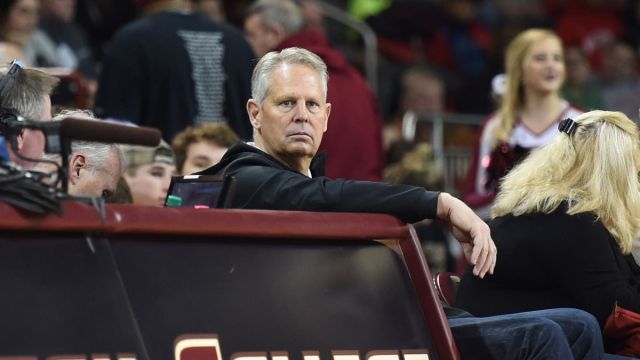 Has Danny Ainge Permanently Ruined His Reputation Around NBA?