The lineup shuffling continues for the Boston Bruins as they host the Buffalo Sabres.

Following a loss to the New York Islanders on Thursday, the B’s turn their attention to the lowly Sabres on Saturday afternoon, and they’re going to be shorthanded.

Brad Marchand is going on the COVID-19 list, Bruins head coach Bruce Cassidy announced ahead of the game. As a result, Marchand will be out and Trent Frederic will move up to the top line left wing.

Karson Kuhlman will be out for the Bruins after blocking a shot in the third period against the Islanders. Zach Senyshyn is healthy once again and will play his second NHL game of the season. He made a solid impression in his first game, but ended up getting hurt and has not played since March 11.

Senyshyn will skate on the third line with Charlie Coyle as the center and Anders Bjork as the left winger.

With Frederic moving up, Jack Studnicka will draw into the lineup. Studnicka will center the fourth line, with Greg McKegg and Chris Wagner serving as his wingers.

Jeremy Lauzon, who has been out since last month due to a fractured hand, is back in action Saturday. He’ll go in on the third pairing with Steven Kampfer, bumping out Jarred Tinordi.

Since Tuukka Rask is out for the weekend, Dan Vladar will start Saturday and will be backed up by Jaroslav Halak, who will start Sunday against the New Jersey Devils.

The Sabres, meanwhile, will be playing their first game since trading Eric Staal to the Montreal Canadiens on Friday afternoon. Kyle Okposo is trying to work his way back from a neck injury, but it wasn’t clear Friday if he would be ready in time to play.

Here are the projected lineups for Saturday’s Bruins-Sabres game: 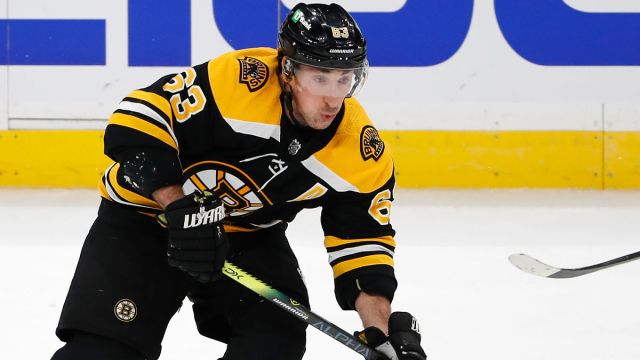 Bruins Adding Brad Marchand To COVID-19 List; Out Vs. Sabres 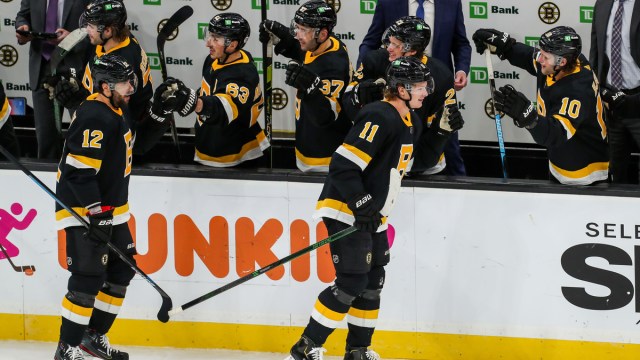