The WNBA held its 2021 Draft on Thursday, tipping off on its 25th season in league history.

Selected No. 1 overall by the Dallas Wings was Texas center Charli Collier, and Arizona standout Aari McDonald is headed to the Atlanta Dream as the No. 3 selection.

The Connecticut Sun didn’t have any first round picks after their run to the 2020 semifinals in the 2020 wubble, but picked up three prospects between the second and third rounds in attempts to add some offensive production off the bench.

They ultimately selected Baylor’s DiJonai Carrington (No. 20 overall), Central Michigan’s Micaela Kelly (No. 21) and Oregon State’s Aleah Goodman (No. 30), and coach Curt Miller feels Connecticut found what its looking for.

“We accomplished that,” the head coach said via The Hartford Courant’s Alexa Philippou. “Certainly, three talented guards that can really score at different levels. Aleah, one of the premiere 3-point shooters in the country. Micaela had a fantastic year from the arc also. DiJonai scores at all three levels.

“Really excited about that competition that we brought in for camp. That’s what we’ve talked about, really trying to create a tremendous training camp of competition between these guards fighting it out for spots. It played out as well as we could have hoped.”

The draftees will be competing with five other players signed with the Sun to training camp contracts, and the team should have an anticipated two open roster spots. 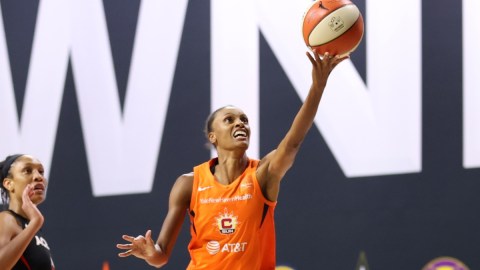 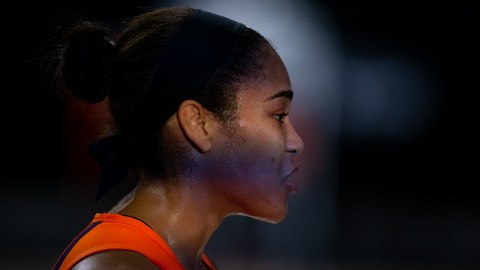