This could be a transformative week for the Atlanta Falcons franchise.

Under the direction of new general manager Terry Fontenot and new head coach Arthur Smith, the Falcons are faced with two important questions as the start of the 2021 NFL Draft draws closer:

1. What should they do with the fourth overall pick?

Those decisions will shape the Falcons’ 2021 season and beyond. Both also could have ramifications for the New England Patriots.

The No. 4 pick is an important pivot point in a draft that could see five quarterbacks selected in the top 10 for the first time in NFL history. We already know picks 1 through 3 will be QBs — Trevor Lawrence to Jacksonville, Zach Wilson to the New York Jets and, according to several recent reports, either Mac Jones or Trey Lance to San Francisco.

One school of thought says the Falcons should join that train and grab a signal-caller at No. 4, since longtime starter Matt Ryan turns 36 next month and could be nearing the twilight of his career. Ryan’s contract complicates that plan, however, as releasing him before the 2022 season would drop upward of $40 million in dead money onto Atlanta’s salary cap.

If they choose to wait to find their quarterback of the future, the Falcons could either trade the fourth overall pick to a QB-needy team or choose the best non-QB prospect, likely Florida tight end Kyle Pitts.

Option C likely would be preferable for the Patriots, as it would increase the odds of a premier quarterback falling into their range. With Cincinnati at No. 5 and Miami at No. 6 expected to target non-quarterbacks, the Falcons choosing Pitts could result in Lance and Ohio State’s Justin Fields both falling to No. 7 or lower, putting them in a more affordable trade-up zone for New England, which currently owns the 15th overall pick and has no long-term answer behind center.

The Patriots also could look to acquire the Falcons’ selection, but the 11-pick leap from No. 15 to 4 might cost more draft capital than Bill Belichick would be willing to spend on a single transaction. The 49ers’ move to No. 3 was eye-poppingly pricey, with Miami landing the 12th overall pick, two future first-rounders and a future third in the swap.

As for Julio Jones, multiple reports Monday indicated the cap-strapped Falcons could look to trade their star wide receiver, with NBC Sports’ Peter King listing the Patriots as a possible suitor.

Bringing Jones aboard would require some financial finagling. He’d carry a $15.3 million salary cap hit for 2021, and the Patriots currently have just $15.5 million in available cap space, per PatsCap, some of which they’ll need to sign their draft picks. But even at 32, Jones would instantly upgrade New England’s receiving corps, which added Nelson Agholor and Kendrick Bourne in free agency but lost a hobbled Julian Edelman to retirement. Wideout is an area of need for the Patriots entering the draft

Since the Falcons would receive maximum cap relief by trading Jones after June 1, any deal for the seven-time Pro Bowler is unlikely to include picks in this year’s draft (though it could be agreed upon as early as this week). 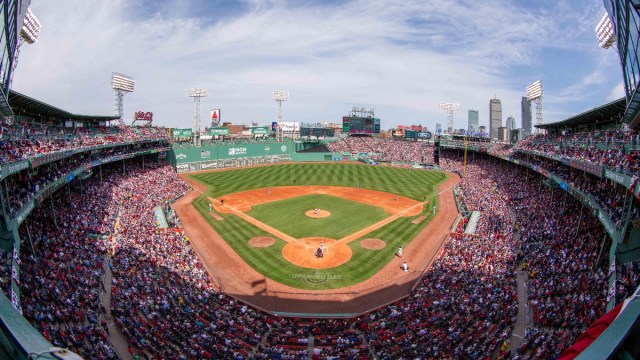 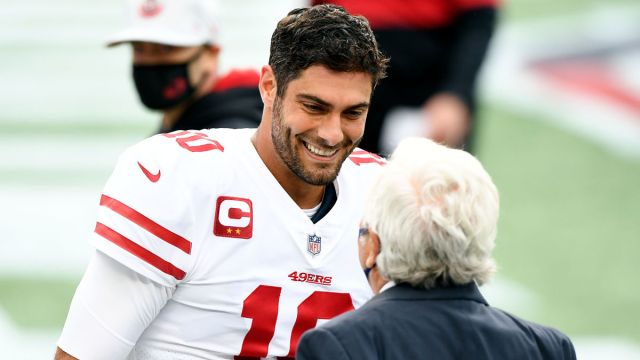