It likely came to the surprise of no one who follows hockey that Tom Wilson was at the center of a controversial play Sunday afternoon at TD Garden.

Less than six minutes into the third period of the Bruins’ eventual win over the Capitals, Wilson barreled through a defenseless Sean Kuraly, who had lost his footing. The hit left Kuraly laying on the ice for a few moments before he worked his way to Boston’s dressing room. Wilson was not penalized for the hit, but Jarred Tinordi was for roughing after he approached Wilson in defense of Kuraly.

Asked after the game about the sequence, Wilson had no interest in revisiting what took place.

“Are we serious? I’m not even going to talk about it,” Wilson said, per The Washington Post’s Samantha Pell. “It’s a nothing play. He’s fine. That’s it.”

Kuraly did return to the Bruins’ bench after being evaluated in the dressing room.

Wilson’s hit on Kuraly also was not the most reckless on the afternoon. Garnet Hathaway was issued a game misconduct later on in the final frame for boarding Tinordi. 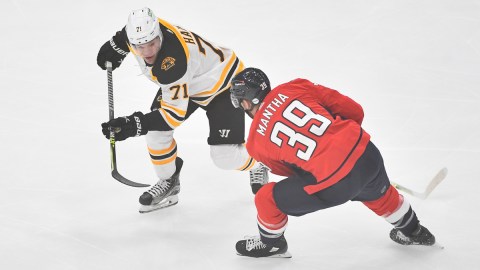 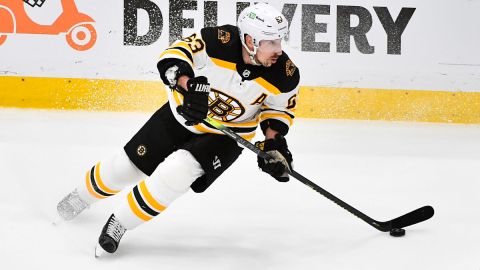