Here are some quick thoughts on each of New England’s 17 games:

Miami’s Tua Tagovailoa-led offense won’t be at full strength for this one, as wide receiver Will Fuller will be serving the final game of his six-game PED suspension. We could see a matchup between former Alabama teammates Tagovailoa and Mac Jones here, but Jones — the Patriots’ top pick in the 2021 NFL Draft — would need to beat out Cam Newton in training camp. We’d put our money on Newton at least opening the season as New England’s starting quarterback.

Also of note: If all goes to plan from a COVID-19 perspective in the coming months, this game should be played in front of a capacity crowd at Gillette Stadium. The Patriots could not have fans at any of their home games last season.

Week 2: at New York Jets (Sunday, Sept. 19, 1 p.m. ET)
Bill Belichick’s defense traditionally has tormented rookie quarterbacks. That group won’t need to wait long for its first look at No. 2 overall pick Zach Wilson. Wilson put up video-game numbers at BYU last season but did so against a soft, non-Power Five schedule. Facing New England’s reloaded D in what likely will be his second NFL start will be a tall task for the high-upside rookie.

Week 4: vs. Tampa Bay Buccaneers (Sunday, Oct. 3, 8:20 p.m. ET)
In a mild surprise, the NFL waited just four weeks to roll out the most compelling matchup of the 2021 regular season. This, of course, will be the first game back in Foxboro for quarterback Tom Brady, who’s coming off a Super Bowl title in his first season away from the Patriots. He’s sure to be met with an overwhelming ovation from the New England fans in attendance.

The big question is whether this overhauled Patriots squad will be able to keep pace with the defending champion Bucs, who return every starter from last year’s team. That includes Rob Gronkowski, who will be returning to Gillette for the first time as an opponent. Antonio Brown will be back in town, too.

Another potential subplot: Brady currently is 1,154 yards shy of Drew Brees’ career passing record. With a moderately productive first three games, he could be in line to break that record against his old team.

Week 5: at Houston Texans (Sunday, Oct. 10, 1 p.m. ET)
Who the heck will be playing quarterback for Nick Caserio’s new club in this game? Your guess is as good as ours.

Week 6: vs. Dallas Cowboys (Sunday, Oct. 17, 4:25 p.m. ET)
The Cowboys were added to the Patriots’ schedule when the NFL expanded to 17 games. Expect a big-time TV rating for this clash of marquee franchises.

The Patriots will play five of their first seven games at home.

Week 9: at Carolina Panthers (Sunday, Nov. 7, 1 p.m. ET)
You can bet Newton has this date circled on his calendar. He spent his first nine seasons in Carolina before the Panthers opted to cut him and sign Teddy Bridgewater last offseason. Will Newton still be the Patriots’ starter come November? Time will tell.

On the other side, this will be a prove-it game for new Panthers quarterback Sam Darnold. Darnold was awful against the Patriots during his Jets tenure, throwing one touchdown and six interceptions in three career meetings and losing all three. We’ll also get a new installment of the Stephon Gilmore-Robby Anderson rivalry, which the Patriots cornerback has dominated.

Week 11: at Atlanta Falcons (Thursday, Nov. 18, 8:20 p.m. ET)
The Patriots were one of five candidates to face the Falcons in London this season, but that honor went to the Jets instead. This game will be played at Mercedes-Benz Stadium, the site of the Patriots’ most recent Super Bowl victory.

Week 12: vs. Tennessee Titans (Sunday, Nov. 28, 1 p.m. ET)
The team that officially ended the Brady era in the 2019 playoffs swings through Foxboro on Thanksgiving weekend. Mike Vrabel is 2-0 against his old team since taking over as Titans head coach.

Week 13: at Buffalo Bills (Monday, Dec. 6, 8:15 p.m. ET)
The first encounter between the Patriots and the reigning AFC East champs won’t come until early December. It’ll be the third primetime meeting between the two division rivals in the last four years.

Week 14: Bye
The Patriots can’t be happy about the placement of their bye week. It’s their latest since 2001.

Week 15: at Indianapolis Colts (Saturday/Sunday, Dec. 18/19, TBD)
The day and time of this late-season matchup with Carson Wentz and the Colts will be announced at a later date. The Patriots currently are ticketed for just three primetime kickoffs, which would be their fewest since 2011.

Week 16: vs. Buffalo Bills (Sunday, Dec. 26, 1 p.m. ET)
The Patriots will see the Bills twice in four weeks, during the height of the NFL playoff race. Buffalo won in Foxboro late last season for just the second time since 2001.

A lot can change between now and December, but Weeks 12 through 16 looks like the toughest stretch of this Patriots schedule. Tennessee, Buffalo and Indianapolis all were playoff teams in 2020.

Week 17: vs. Jacksonville Jaguars (Sunday, Jan. 2, 1 p.m. ET)
For the past seven years, the Patriots have closed out their regular-season schedule with back-to-back divisional games. That changes this year, with Trevor Lawrence and the warm-weather Jags trekking up to New England on the second day of January. 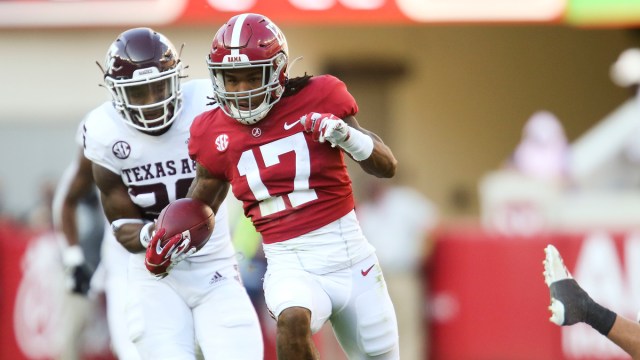 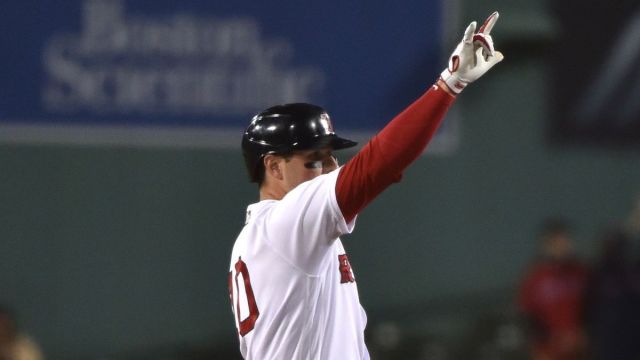