The New England Patriots have added a total of 22 players to their roster since their forgettable 2020 season concluded.

With eight 2021 NFL Draft picks now joining the Patriots’ 14 veteran additions (13 through free agency, one via trade), let’s take an early look at some of the most notable roster battles set to play out in the coming months.

QUARTERBACK
Bill Belichick said Cam Newton will remain New England’s starter until Jarrett Stidham or Mac Jones outplays him. Barring catastrophe, Jones — as the 15th overall pick — will take over starting duties at some point. But when that handoff will occur remains to be seen. We’d bet on Newton being behind center in Week 1, but Jones (or, theoretically, Stidham) could push him for the top spot with a strong summer. Jones will be the No. 1 player to watch in Patriots training camp.

RUNNING BACK
Recent history suggests we might not see much of fourth-round draft pick Rhamondre Stevenson this season. Shane Vereen (second round, 2011), James White (fourth round, 2014) and Damien Harris (third round, 2019) all essentially redshirted as Patriots rookies before taking on more substantial roles in Year 2. Impressive UDFA J.J. Taylor also played sparingly last season. Stevenson, though, has a distinctive skill set as a bruising 231-pound back with quick feet and pass-catching potential who also earned high marks for his play on special teams. He could push Sony Michel for reps if the 2018 first-rounder struggles to stay healthy or can’t keep up his late-season momentum.

OUTSIDE LINEBACKER
The Patriots have poured a ton of resources into this group, using four Day 2 picks on edge rushers in the last three drafts and adding veterans Matt Judon and Kyle Van Noy in free agency. Judon and Van Noy project as the two starters, but there should be plenty of competition for rotational spots among Chase Winovich, Josh Uche (who also could have an off-the-ball role), Anfernee Jennings and rookie third-rounder Ronnie Perkins. Tashawn Bower and Rashod Berry also return. Overall, this unit looks far more formidable than what New England trotted out last season.

DEFENSIVE TACKLE
Speaking of positional overhauls, this year’s Patriots D-line will be borderline unrecognizable from the 2020 edition, save for the continued presence of Lawrence Guy and Deatrich Wise. New England brought in free agents Davon Godchaux, Henry Anderson and Montravius Adams and then traded up in the second round to grab Christian Barmore, a first-round talent with three-down potential. Byron Cowart, Carl Davis, Akeem Spence, Bill Murray and Nick Thurman also will compete for roster spots. We’ll be closely watching Barmore’s development, but the Patriots should have a number of quality options up front. That was not the case a year ago when they fielded the league’s worst run defense by DVOA.

WIDE RECEIVER
Seventh-rounder Tre Nixon wasn’t the splash pick many Patriots fans anticipated, but his athleticism (73rd percentile or better in the 40, three-cone, broad jump and bench press) and college production (15.3 yards per catch over 40 games) make him an intriguing addition. He’ll be on the undercard in this position battle, though. We’re most interested to see how Nelson Agholor and Kendrick Bourne integrate and whether N’Keal Harry can keep his roster spot after two underwhelming seasons.

CORNERBACK
Surprisingly, the Patriots did not draft a corner. They also didn’t trade Stephon Gilmore or J.C. Jackson during the draft. That tells us they expect to have both Gilmore and Jackson this season. If that’s the case, the top two spots on their cornerback depth chart are solidified, with the steady Jonathan Jones manning the slot. But who’s their No. 3 outside corner? It was Jason McCourty, but he’s a free agent (who still could re-sign). Will it be Joejuan Williams? Michael Jackson? Veteran newcomer Jalen Mills was a wide corner earlier in his career, but he’s better suited for the do-everything safety role he played for Philadelphia last season. Cornerback still is a position of strength for New England, but this is one question mark.

KICKER
New England didn’t pick up a kicker in this year’s draft, and 36-year-old Nick Folk, who re-signed after a stellar 2020 campaign, will be the clear favorite entering camp. He’ll have competition for the second straight summer, though. The Patriots cut 2020 fifth-round flop Justin Rohrwasser in March but still have Roberto Aguayo, who signed a future contract after joining the practice squad in December. The infamous 2016 draft bust is looking to break back into the NFL after being out of football for more than two years. 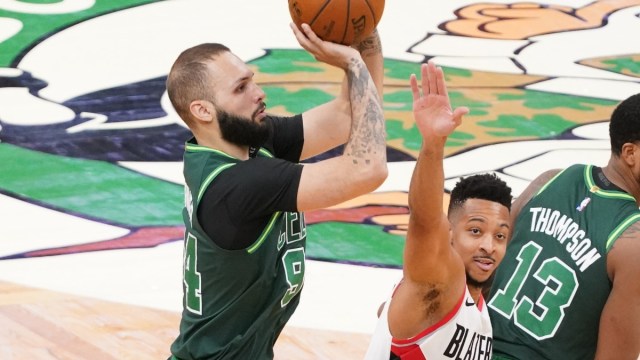 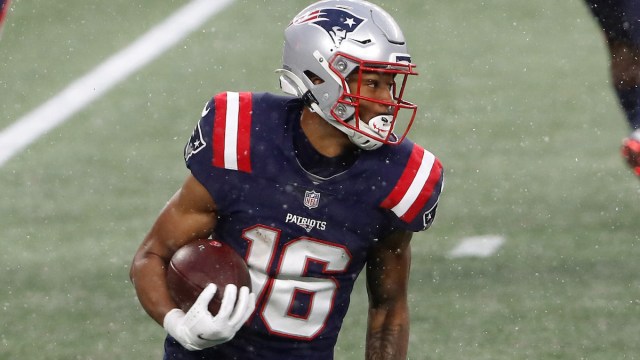