As the Patriots progress through Phase 3 of their offseason program, we’re taking a position-by-position look at New England’s new-look roster. Next up: interior defensive line.

On paper, the Patriots upgraded the position in a big way by replacing Butler with Godchaux, Barmore, Anderson and Adams while returning everyone except Butler.

THREE BIG QUESTIONS
1. Will the Patriots have more luck with their most recent signings?
The Patriots attempted to boost their defensive line via free agency by adding Mike Pennel in 2019 and Allen in 2020. Neither player ever suited up for New England in a regular-season game.

Godchaux, 6-foot-3, 311 pounds, is a run-stuffing nose tackle with some ability to provide pressure on third down. He should be a starter next to Guy in New England’s front seven. Anderson is more of a five-technique defensive end at 6-foot-6, 301 pounds who also provides some potential as a pass rusher. Adams was a third-round pick out of Auburn in 2017 who played 45 games with the Green Bay Packers and started three games over four seasons.

2. How soon will Christian Barmore find the field?
Barmore was universally projected to be a first-round pick by draft analysts but dropped to No. 38 overall when the Patriots traded two fourth-round picks to move up eight spots in the second round to stop his fall. He was the top defensive tackle in the 2021 NFL Draft class and has the potential to be a three-down complete defender as a run-stuffer and pass rusher, but that doesn’t necessarily mean he can do that, or anything, right away because of his inexperience.

The rookie will probably begin his career in New England as either a rotational early-down defender or situational third-down pass rusher. He was better as a pass rusher in college, but it certainly wouldn’t be surprising if New England wanted to use his size (6-foot-4, 310 pounds) on early downs against the run.

If all goes well, Barmore will eventually be an impactful all-around defender with Pro Bowl potential, but we know head coach Bill Belichick won’t rush things.

The Patriots really missed Allen and departed free agent Danny Shelton and went most of the year without a traditional nose tackle. The only time they had a prototypical run stuffer in the middle of their defense was the three games Davis played. So, assuming things go better with Godchaux than they did with Pennel and Allen, that issue should be fixed in 2021. Davis also serves as depth at nose tackle.

MOST TO PROVE
Cowart. The former five-star recruit has played plenty of snaps over the first two seasons of his career but hasn’t made a major impact as a run defender or pass rusher.

He played out of position last season as a nose tackle at 6-foot-3, 300 pounds. He’s fighting for a roster spot after New England’s offseason additions.

SLEEPER TO WATCH
Davis. There’s not an obvious sleeper in this group, but the Patriots liked Davis enough to sign him pretty early in the free agency process. He was solid as a run-stuffer last season. 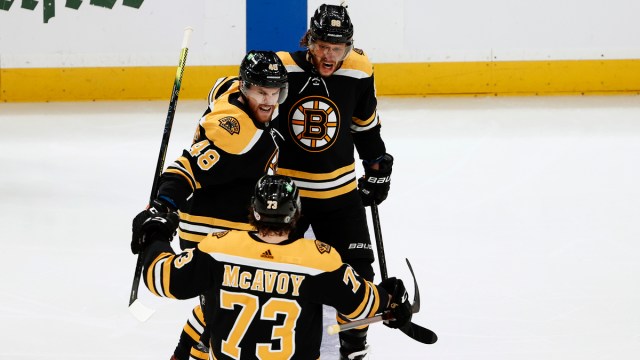 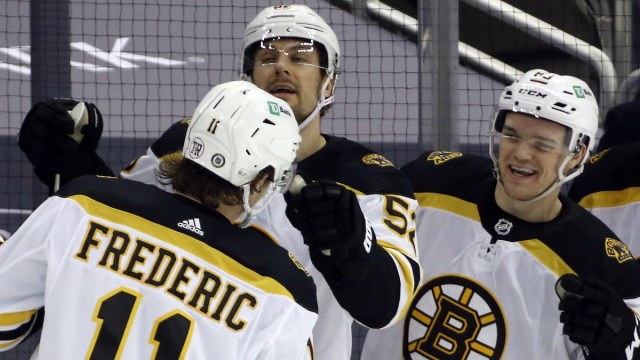 Should Bruins Make Any Lineup Changes For Game 6 Vs. Islanders?