To say the Red Sox offense is on fire of late would be an understatement.

Boston clobbered the Blue Jays 13-4 on Monday night before earning a 7-4 win against Toronto on Wednesday after another strong night at the plate.

The victory also marked the 250th managerial win for Alex Cora, making him the first Red Sox manager to reach that many wins at age 45 or younger.

“We’re doing a good job,” Cora said over Zoom after the game. “I think it started the last game in New York controlling the strike zone. I know we didn’t score runs, but we were trying to stay within the zone. When we do that, we become elite. There were some good things that happened tonight, there were some great things two days ago. … All around another good day for us offensively, and hopefully we can keep going over the weekend.”

The New York Yankees will come to Fenway Park for a series beginning Thursday, so it certainly would be a good time to keep the momentum going.

“I’m very pleased at Bobby and Michael,” Cora said. “They got a chance to play, Bobby hits a double, Michael with the sac fly then he hits a homer. …”

— Danny Santana injured himself in the seventh inning chasing a fly ball. He hit the ground pretty hard and was replaced by Alex Verdugo, who originally got the night off.

“It seems that way. We’ll see,” Cora said. “It was left groin, he felt it. We’ll know more (Thursday), but it doesn’t seem too promising.”

Santana just came off the IL on Monday after suffering a quad injury. He had a successful Monday night against the Blue Jays.

— As for Marwin Gonzalez, who’s on the IL, Cora said he’s “not close yet” to returning.

With Santana likely headed to the IL and Gonzalez not ready to take the field, a move likely will need to be made. Could that be Franchy Cordero? We’ll have more answers Thursday.

— Hernández has been incredibly successful of late for the Red Sox.

The utility player always has been good at hitting lefties, something he attributes mostly to his father, but noted he felt he couldn’t hit lefties for a while.

“My dad threw me BP my whole life as a kid and he throws left handed,” Hernández said. “To be honest I don’t know. I’m pretty positive I was a reverse split guy in the minor leagues. I felt like I couldn’t hit left-handed pitchers. I got to LA (Dodgers) and that was my role. My role was to play against left-handed pitchers. And if that’s my role I had to figure out a way to get the job done and stay in the big leagues. And now I’m hitting lefties still.”

— Garrett Richards lasted 5 2/3 innings giving up four earned runs on as many hits with one walk and five stikeouts.

Cora liked what he saw from his pitcher.

“It was amazing. He was great,” he said. “That’s a tough lineup. His velocity was good. The intention of his pitches were great. A lot of conviction behind them. We loved what we saw. He had everything working.”

— The Red Sox now turn their attention to the Yankees. 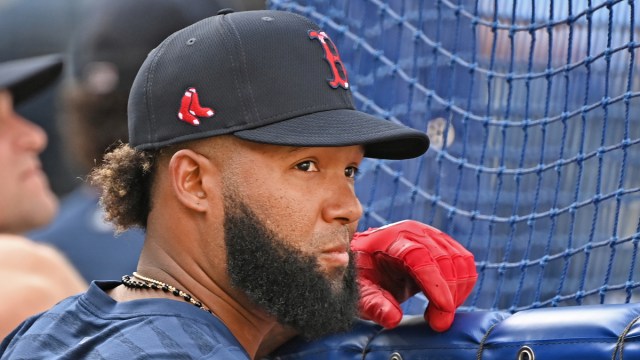 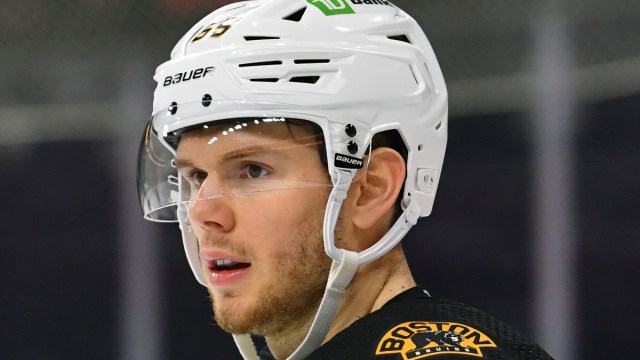