Eduardo Rodriguez needed a bounce-back outing, and that’s exactly what he got Friday night.

After lasting just 3 2/3 innings Aug. 21 against the Texas Rangers when he surrendered five earned runs, the southpaw responded with seven innings for the Boston Red Sox in a 4-3 win against the Cleveland Indians at Progressive Field.

Rodriguez wasn’t credited with the win and gave up three earned runs on eight hits, but he did provide some rest to a taxed bullpen. It’s also the first time he pitched seven innings since April 25.

You have to take the good with the bad these days, especially because manager Alex Cora was happy with what he saw from his pitcher.

“His changeup was great,” Cora said after the game. “He didn’t get away with the last one right — the one they hit out of the ballpark. Good fastball, he was in control. Obviously the last one wasn’t great. We know this kid and we know he can help us. His stuff was a lot better today. I think his changeup — we talked a little bit after I took him out — he thought it was his best changeup of the year.”

“I threw a lot of changeups today and I got a lot of good results out of it.”

The Red Sox needed a win to kick off the road trip on a high note, and now hopefully this can build some momentum into their middle game with Cleveland on Saturday. 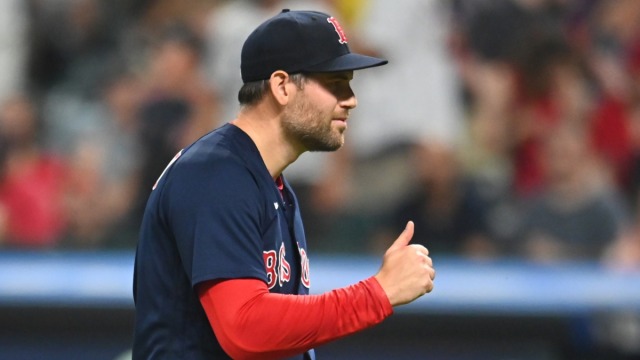