— What Brady is doing at age 44 is flat-out incredible. His 379 passing yards against Dallas were his second-most ever in a season opener, his four touchdowns tied his Week 1 career best, and neither of his two interceptions was his fault (one bounced of Leonard Fournette’s hands, the other came on a Hail Mary just before halftime).

When the Bucs got the ball back, down one, with 84 seconds and one timeout remaining, it would have been surprising if Brady didn’t lead them on a game-winning drive. No. 12 is showing no signs of decline as he begins his 22nd (!) NFL season.

— It has to sting Patriots fans a bit to watch the success not just Brady, but also Rob Gronkowski and Antonio Brown are enjoying outside New England. Over Tampa’s last two games — Super Bowl LV and Thursday night — the former Patriots pass-catchers have combined for 24 receptions on 28 targets for 300 yards and have been on the receiving end of five of Brady’s six touchdown passes.

— Pats-Bucs in Week 4 is going to be an absolute circus.

All right, mailbag time. Let’s get after it:

@NuJeru4Life
Hey Zack, I?d like to know who would be the next man up if Nelson Agholor doesn?t pan out.
This question came in before we learned that Agholor did not participate in Thursday’s practice, but I’ll answer it in relation to this weekend. Jakobi Meyers and Kendrick Bourne would be the clear top two wideouts if Agholor can’t play in Sunday’s season opener against the Miami Dolphins, but it’s unclear who would fill the No. 3 spot.

Gunner Olszewski is the next man up on the 53-man roster, followed by waiver-wire pickup Malcolm Perry. One’s a converted cornerback, the other a converted quarterback. Neither has done much as a receiver to date. The Patriots also could elevate practice squadder Kristian Wilkerson, who looked like a strong roster candidate before a rash of drops derailed him.

Losing Agholor would remove an important aspect from the Patriots’ offense, as he’s their only viable deep threat. Meyers spoke during camp about how Agholor, who ranked second in the NFL in yards per catch last season, creates space for him and Bourne to work the short and intermediate areas.

“I’m not going to necessarily blaze past everyone,” Meyers said last month. “But Nelson, he’ll leave you if you’re not locked in on him. It makes it a lot easier for guys underneath.”

It is worth noting we’ll likely see fewer three-receiver sets from this Patriots team with tight ends Hunter Henry and Jonnu Smith aboard. But Agholor would be a difficult piece to replace.

@KDPPatsfan85
With Jalen Mills being questionable to play Sunday, do you see Wade or Williams starting as CB2?
That outside cornerback spot is a real area of concern for the Patriots. Mills already wasn’t particularly inspiring replacement for Stephon Gilmore, and now New England might need to replace him, as well, after Mills sat out practice Thursday.

Joejuan Williams would be the most logical next option given his experience in the Patriots’ defense, but he’s never been able to carve out a role in that defense and seemed to slide down the depth chart late in the preseason. I wasn’t overly impressed with him or Mills this summer.

Shaun Wade is more of a wild card since he just joined the team two weeks ago, but he seems to have made a good impression thus far. Bill Belichick called Wade a quick learner last week, and safety Adrian Phillips had some very nice things to say about him on Thursday.

“You see talent off the jump,” Phillips said. “Like, immediately. The guy can play.”

Wade was considered a potential first-round prospect before a miserable final season at Ohio State — coinciding with a shift from slot to outside corner — tanked his draft stock. The Baltimore Ravens wound up taking him in the fifth round, then trading him to the Patriots before the end of his rookie preseason.

He seemed like more of a project at the time — one who had many of the traits New England looks for in its corners — but the Patriots might already view him as a better option than Williams. We’ll find out on Sunday.

@red5standingby2
How do the Patriots plan on stopping Brady without Gilmore?
Yeah, that’s going to be tough. This Patriots’ secondary will have a difficult time defending Mike Evans, Chris Godwin and Brown — plus Gronk — in Week 4 without Gilmore. And it’ll face another daunting matchup in Week 6 against the Cowboys’ trio of Amari Cooper, CeeDee Lamb and Michael Gallup. Brady and Dak Prescott had 782 passing yards between them Thursday night.

Gilmore’s spot is one the Patriots might need to address in the coming weeks if Mills, Williams and Wade aren’t up to snuff.

@TeamCrazyMatt
How much of a leash does Nordin have?
A very short one. In fact, it wouldn’t surprise me if the Patriots chose to elevate Nick Folk from the practice squad for Sunday’s game and made Quinn Nordin inactive. Nordin definitely has potential, and keeping him on the initial 53-man roster rather than exposing him to waivers made sense, but I’m still skeptical that Bill Belichick would trust this job to an undrafted rookie who went just 10-for-15 on kicks in the preseason (66.7 percent).

The Patriots will have to make a final decision here at some point, but they can elevate Folk twice before they’d need to sign him to the 53. The 36-year-old dealt with an injury this summer that sidelined him for most of camp, but he made a career-best 92.9 percent of his field goals last season.

@BlueDevilAE
Do you think Malcolm Perry will be active Sunday?
Probably not. It’s tough to predict the full inactive list until we know more about Mills’ and Agholor’s statuses, but acandidates include Perry, offensive linemen Yasir Durant and Yodny Cajuste, defensive linemen Henry Anderson and Carl Davis, edge rusher Ronnie Perkins and linebacker Harvey Langi. Teams only are allowed to dress 46 of the 53 players on their roster each week.

@proudblackmatt
Who will be the starting fullback by week 6?
I’ve gotten a surprising number of fullback-related questions these last two weeks. I’m still not sure how prominently the Patriots will feature one this season since they’ll likely be running a ton of two-tight end sets, but I am intrigued by Ben Mason, whom New England signed to the practice squad after cutdown day. I wouldn’t be shocked if he overtakes Jakob Johnson and earns a promotion to the 53, especially after NFL Media’s Ian Rapoport reported that a “quick elevation” was “likely” for the fifth-round rookie.

Quick story on Mason: He was Connecticut’s 2016 Gatorade Player of the Year before playing in college at Michigan, but he spent his formative years in Wrentham, Mass., which borders Foxboro. The field he played youth football on is less than a 10-minute drive from Gillette Stadium. So him making it with his hometown team would be a cool story.

@TimEdmonds_
Realistic statline for Damien Harris this year?
I’m bullish on Harris. He still needs to prove he can stay healthy, but if he does that, I’m thinking around 1,000 yards and 10 or 11 touchdowns.

Harris scored just twice in 10 games last season, but he also was given a mere three carries inside the opponent’s 5-yard line. Sony Michel got two. Rex Burkhead got four. Newton got 22, tied for third-most in the NFL.

With Mac Jones now at quarterback, Harris should see the lion’s share of those goal-line touches, though it’ll be interesting to see if hard-running rookie Rhamondre Stevenson poaches any.

@RichieT_FTW
Who do you think will be the team’s offensive and defensive MVPs this year?
Offense: Mac Jones. Defense: Matt Judon

@JonnuFreed
Which young olineman do you think could be the next product of the pats Oline factory?
We haven’t talked about him much over the last few months, but don’t forget how good Mike Onwenu was last season. He mostly played right tackle as a rookie but has been the locked-in starter at left guard since Joe Thuney exited in free agency this spring. If everyone stays healthy, the Patriots’ starting O-line has no weak links. 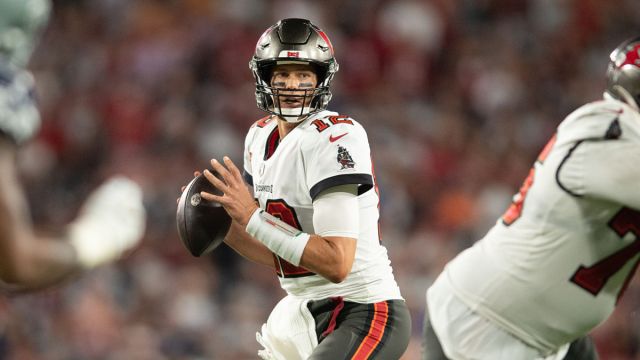 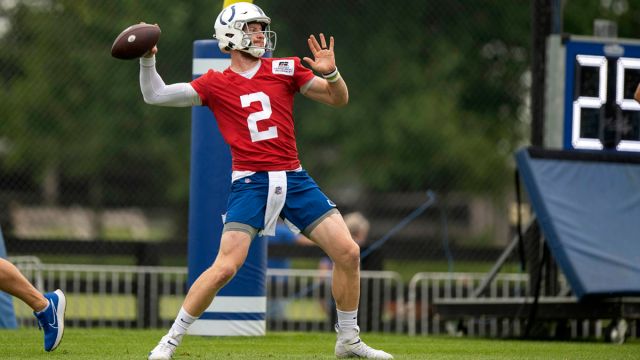