The Boston Bruins’ preseason effectively is over.

Their preseason slate of games is finished, and while they still have a few more cuts to go to get down to the 23-man limit, it more or less is regular season time. The NHL season starts Tuesday, but the Bruins won’t get going until next Saturday.

However, you could say they now are in regular season mode. So, to tie a bow on camp, let’s go through a few players who saw their stock rise the last few weeks.

Jack Studnicka
He showed up to camp looking huge, but that wouldn’t have mattered if he played poorly. Studnicka didn’t, instead looking so good in game situations that the Bruins are having conversations about how to shoehorn him into the lineup. He might go to Providence as part of the roster crunch, but you better believe he impressed a lot of folks this preseason.

Erik Haula
He is just a very composed player, and he cracks this list because the early returns indicate he will be able to drive play with Jake DeBrusk and Nick Foligno. That he’s shown immediate ability to pull the best out of DeBrusk could make him a hugely impactful player on the Bruins.

Tomas Nosek
The offensive ability has impressed for someone who is ticketed for the fourth line. Nosek has shown nice ability in all three zones, and doesn’t appear fazed by playing center or wing. There is a lot of uncertainty in Boston’s bottom six, but, like Haula, Nosek seems like one of the few nightly locks.

John Moore
Make no mistake, the Bruins envision Moore as a depth defenseman who can play in a pinch if injuries pop up. But after a challenging last two seasons, Moore is healthy and now looking like the 2018-19 version of himself. His skating ability is second to none on the Bruins’ blue line, and with his hip cleaned up, he’s finally able to use that to his advantage defensively. He looks strong in net-front battles and is active in the offensive zone. He could be in line for a rebound year.

Jeremy Swayman
The Bruins obviously were bullish on him entering the season, and he thoroughly outplayed Linus Ullmark during the exhibition games — with his finest showing coming against the Philadelphia Flyers on Monday with a mostly AHL team in front of him. Boston will take things slow with Swayman, especially after the investment made in Ullmark, but the Bruins have to be thinking after the last few weeks that Swayman’s rookie season wasn’t just a flash in the pan.

Brady Lyle
He always was going to get sent to Providence, but the Bruins had to have liked what they saw from the two-way defenseman who is on the first season of his entry-level deal. A big body who can shut things down in his own end but also facilitate play in the offensive zone, Lyle might have gotten himself on the shortlist for a call-up.

Here are some other notes from this week:

— It had to have been refreshing for Charlie Coyle and the Bruins to see his performance in his lone preseason game.

Perhaps Bruins head coach Bruce Cassidy said it best when he indicated Coyle looked more “fluid” Wednesday than at times last season. That, obviously, stands to reason seeing as he was effectively playing on one leg in 2021.

Coyle, as he readily admits, is a work in progress. But what might work in his favor is playing on a line with a play-driver like Taylor Hall. For a while, the idea of Hall-Coyle-Craig Smith made sense, but seeing it for the first time in a game underscored what could be for that line.

That will take a ton of pressure off Coyle, who has spent time on lines where he shouldered more responsibility than he should’ve. Hall can drive play and create opportunities, while Smith can have the hair-trigger shot and Coyle can get to the net and help maintain puck possession.

The Bruins so badly need that second line to be good. They are off to the right start.

— The fourth line, as we addressed last week, is uncertain. Pretty much the only other position battle (if the goalie situation will mostly be a split) is for the final spot on defense.

Right now, it looks like Connor Clifton’s job to lose. But the Bruins will give fair consideration to Moore and Jakub Zboril for not only the third-pairing gig, but also the first man up responsibility as the spare defenseman. Both Moore and Zboril have proven to be capable NHL players, but Moore has looked better in the preseason games.

The Bruins still have cuts to make. Neither Moore nor Zboril are waivers exempt, which might prompt Boston to keep both of them and carry just one extra forward. The Bruins probably could sneak Moore down through waivers because of his contract, but Zboril very likely would get claimed.

The thing is, Clifton’s hold on the sixth defenseman job is not firm enough to risk losing either player, particularly when you reflect on how gutted they were defensively in some stretches last season. Time will tell, but it probably makes sense to keep both in Boston.

— It is useless right now to fret about Linus Ullmark. Obviously, you want to see a little bit better from him than what he’s offered.

Conversely, it is the preseason, and this is the time to experiment. He has a new defensive structure in front of him, and this is the time for him to figure out what is and isn’t going to work. Should he be getting burned five-hole periodically? Probably not. But for the sake of everyone, reserve judgment on him until the real games get going.

And if you do put a lot of stock into how preseason games go, then it should be a relief that Swayman has played so well. 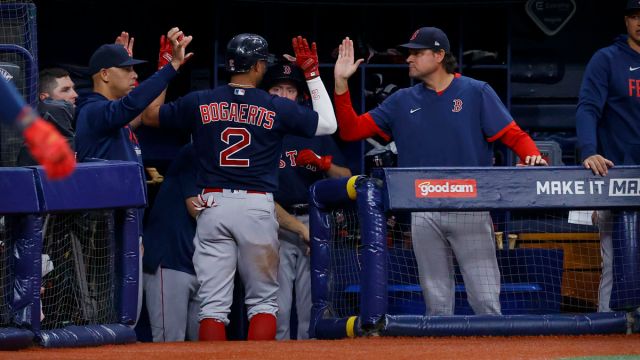 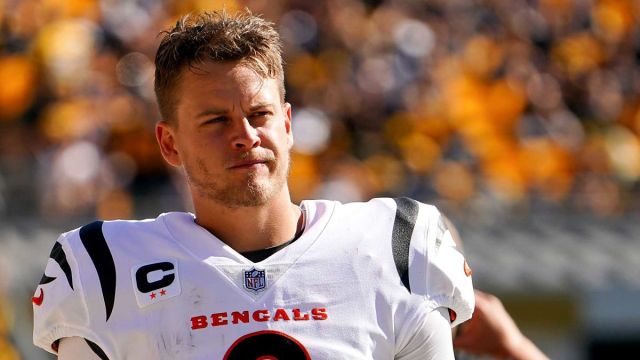 NFL SuperContest Picks: Why Packers Could Lose Vs. Bengals In Week 5