The Boston slugger, who’s from Ohio, has been dubbed “Kyle from Waltham” after Barstool Sports’ Jared Carrabis gave Schwarber the nickname during an episode of the Section 10 podcast.

The T-shirt was sent to Schwarber from Carrabis, and he expanded on it a bit after Monday’s win.

“Waltham, I guess that’s where I’m from according to people from Boston. I guess Middletown, Ohio, is not a real place anymore,” Schwarber joked with reporters, as transcribed by ASAP Sports. “No, I got it — I think Carrabis got it. Sent it into the locker room. I think the first time I saw it was either him or MLB posted something, and everyone was asking me, ‘What’s Kyle from Waltham?’ I’m, like, ‘What?’ I’m like, ‘I’m from Middletown, Ohio.’

“I guess my hometown is Waltham now. So go Hawks.”

What made the press conference even better was that Schwarber was pronouncing the Massachusetts city as “Walt-ham,” and Christian Arroyo took notice.

Schwarber played a big role in Game 3, hitting a towering grand slam as the Red Sox took a 2-1 series lead against Houston. Game 4 is set for Tuesday at Fenway Park, with first pitch scheduled for 8:08 p.m. ET. 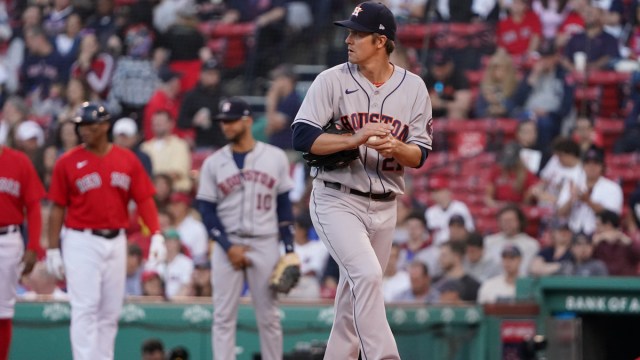 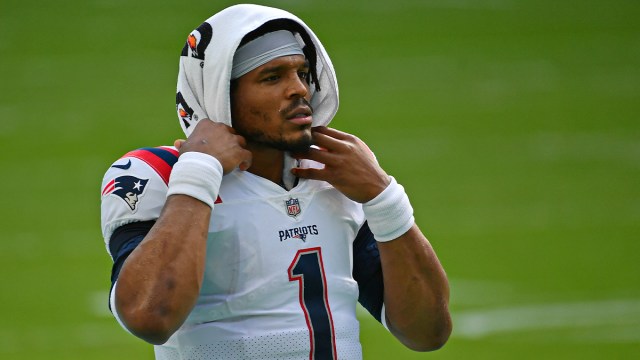