Unsurprisingly, the Patriots aren’t as bad as many thought they were a month ago when they were facing a third-quarter deficit to the Texans. New England since has won four of its last five games, including the one in Houston.

Ahead of their Week 10 matchup with the Cleveland Browns, the 5-4 Patriots currently hold the final wild card spot in the AFC and trail the Buffalo Bills by just a half-game for first place in the division. They look like a playoff team.

However, with nine games in the books, it remains fair to ask: Just how good are the 2021 Patriots?

Well, they’re pretty good — not good; not really good; not great. The Patriots are pretty good, with the potential to be even better by the end of the season. And the numbers back it up.

DVOA, or “Defense-adjusted value over average” is a Football Outsiders-created metric that has become football’s version of baseball’s WAR stat. From Football Outsiders: “DVOA is a method of evaluating teams, units, or players. It takes every single play during the NFL season and compares each one to a league-average baseline based on situation.”

Through Week 9, here’s how the Patriots rank in multiple DVOA categories:

Traditional statistics also point toward the Patriots being a pretty good team.

Now, there is one thing that might paint an uglier picture of the Patriots: context.

Mixed in are losses to the Los Angeles Rams, Buffalo Bills, Tampa Bay Buccaneers, New Orleans Saints, Dallas Cowboys — and two to the Miami Dolphins. So, the Patriots are taking care of business against teams they should beat and coming up short against some of the NFL’s best. Such is life in the post-Tom Brady era.

But here’s the thing: That might be good enough to win the AFC this season. We’re talking about a conference in which the top team, the Tennesee Titans, have lost to the Jets, and the second-place team, the Baltimore Ravens, just lost to the Dolphins. The AFC East-leading Bills are coming off a loss to the lowly Jacksonville Jaguars. Patrick Mahomes and the Kansas City Chiefs wouldn’t even be in the playoffs if the season ended today.

In past seasons, this Patriots team would be described as average, at best. In 2021, they’re pretty good with a still-rising ceiling.

We’ll learn a lot about the Patriots in the coming weeks, starting with Sunday’s home game against the Cleveland Browns, one of nine AFC teams with five wins.

New England’s offense, led by rookie quarterback Mac Jones, seemingly was building momentum until Week 8, when it sputtered against the Chargers in a game that was all about the defense. To be fair, that performance was bookended by a pair of impressive drives from the Patriots offense.

For a follow-up, the offense was sloppy and mostly ineffective against the Panthers in a victory that saw another defensive touchdown. Jones completed just 12 of 18 passes for 139 yards and a score to go along with an interception. Considering the difference between college and a 17-game NFL season, it’s fair to wonder whether Jones could be hitting the proverbial “rookie wall.”

As for the defense, there’s no denying how good New England’s unit looked against the Jets, Chargers and Panthers. But those teams all were one-dimensional, playing right into the hands of the Patriots’ passing defense. The last time New England’s defense faced a true multi-dimensional offense, the Dallas Cowboys racked up 567 total yards against them.

So, let’s see how things look over the next few weeks, when the Patriots will face the Browns, Titans, Bills (twice) and Indianapolis Colts.

However, the Patriots have provided every reason to believe, at the very least, they can be competitive in those games. Recent results, including those of their opponents, indicate New England finally is capable of winning those matchups, too.

We’ll see how things go against the Browns on Sunday and the Atlanta Falcons next Thursday, but the Patriots could be home favorites when they host the Titans on Nov. 28.

If New England wins its next three games, leaving it at 8-4 for through Week 12, it would be time to adjust expectations and consider Bill Belichick’s teams among the AFC’s elite. For now, the Patriots are pretty good with their arrow pointing (slightly) upward. 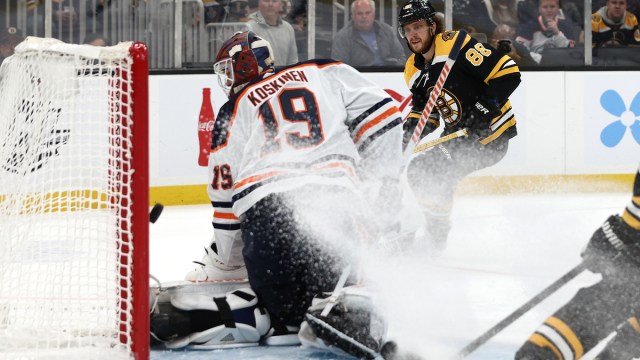 Patriots Mailbag: How Will Trent Brown Fit Back Into O-Line Equation?