Patriots Takeaways: Eight Things We Learned From Win Over Chargers Skip to content

The New England Patriots upset the Los Angeles Chargers on Sunday, winning 27-24 at SoFi Stadium. Here are eight things we learned in that Week 8 matchup:

1. The Patriots can beat a playoff-caliber opponent
Wins over the New York Jets and Houston Texans can only inspire so much confidence. This? This one was different. The Chargers are a good team, one that’s already beaten the Kansas City Chiefs, Las Vegas Raiders and Cleveland Browns this season.

The Patriots had narrow, encouraging losses to the Tampa Bay Buccaneers and Dallas Cowboys on their résumé, but Sunday’s victory proved they can actually close out a game against a quality foe. The Chargers entered the game as four-point home favorites.

“I keep telling y’all, we know what kind of team we have,” said outside linebacker Matthew Judon, who had 1 1/2 sacks and a tackle for loss in the win. “We just have to go out there and prove it.”

2. Bill Belichick still owns Justin Herbert
Belichick said last week that Herbert “is going to be one of the top quarterbacks in the league for a long time.” He’s been undeniably impressive through his first 22 NFL starts.

But games against the Patriots have brought out the worst in the second-year Chargers signal-caller.

Herbert has struggled through arguably the two worst games of his young career in his two matchups with New England. On Sunday, the Patriots held him to 223 yards on 18-of-35 passing with two touchdowns and two interceptions — a mediocre line enhanced by the 80 yards he racked up on a last-gasp touchdown drive in the final minutes. Another 41 of Herbert’s passing yards came on a long completion to Keenan Allen on the third snap of the game.

Herbert’s second interception was a pick-six that, along with a successful two-point conversion, put the Patriots ahead by seven with 10 minutes remaining. They led the rest of the way.

3. Adrian Phillips deserves more shine
Phillips had both of New England’s interceptions, continuing what’s been a quietly stellar season for the former Chargers safety. He’s been the Patriots’ most consistent defensive back since the start of training camp and would be on the shortlist for team defensive MVP alongside Judon.

The Patriots scored 10 of their 27 points off Phillips’ picks.

“AP works his butt off, and to have the kind of game that he had today was huge,” safety Devin McCourty told reporters postgame. “He’s a key part of our defense. I think everyone here saw that last year, the impact he had, and he’s continued to do that. I think the positions that him and (Kyle Dugger) play throughout the whole game — being in the box, being in coverage, doing so many different things — is the key to our defense, and it’s great to just see him have a game that shows that for the rest of the league and the rest of the world watching.”

The Patriots also got key plays from McCourty and slot/safety Myles Bryant, both of whom tallied third-down pass breakups. Bryant, who’s played well since being called up from the practice squad, also had a QB hit on third down that forced another incompletion.

4. Christian Barmore’s emergence continues
Speaking of impact defenders, Barmore continues to establish himself as a difference-maker in the Patriots’ front seven.

The second-round rookie tallied a half-sack, registered multiple pressures and drew two holding penalties, including one near the Chargers’ goal line that wiped out a first down. (Phillips’ pick-six came five plays later.) On his sack, he split a double team and fought through a hold.

If he stays on this trajectory, Barmore will be a full-blown game-wrecker by the end of the season.

5. It won’t always be smooth sailing for Mac Jones
The second and third quarters were a big bag of mess for Jones and the Patriots’ offense. This was arguably the worst performance yet from the rookie quarterback, who sailed a number of his throws and completed just two of 13 passes during one stretch.

Overall, he matched Herbert with a 51.4% completion rate — the lowest mark of his career to date — and presided over an offense that scored its one and only touchdown on its opening drive.

Jones said he “definitely didn’t have (his) best day at all,” and he was right. But when the Patriots needed a drive to put the game away, the rookie QB delivered one of their best of the season, leading an 11-play march that consumed nearly seven minutes of game time. It yielded only a Nick Folk field goal, but the Patriots prioritized draining clock over gaining yards, with multiple receivers sliding down in bounds to keep the seconds ticking. And three points were all they needed, as the Chargers got the ball back down 10 with no timeouts and 2:19 remaining.

“It feels a lot better to be on the winning side and not play as well than to be on the losing side,” said Jones, who now has won back-to-back games for the first time in his pro career.

The surgical finish negated some earlier miscues by the Patriots’ offense, including two holding calls (on Isaiah Wynn and Justin Herron) and a lost fumble by Kendrick Bourne. Coordinator Josh McDaniels also made the questionable decision to call six pass plays inside the 6-yard line — including a goal-line fade on fourth-and-1 — against a Chargers defense that ranked 32nd in both run defense and goal-to-go conversion rate.

The final five of those passes fell incomplete, resulting in one drive that ended in a turnover on downs and another that started at the LA 36 but produced just a field goal.

6. Nick Folk is automatic
What more can you say about New England’s 36-year-old kicker? Folk went 4-for-4 against the Chargers, hitting twice from 48 yards before drilling what proved to be a 30-yard game-winner. His rain-soaked 56-yard doink against Tampa in Week 4 is the only field goal he’s missed since September 2020. That’s incredible, especially for a guy who was kicking in the Alliance of American Football less than three years ago.

Folk has rescued the Patriots from some shaky offensive performances this season, booting four field goals in all three of their road wins.

7. Gunner Olszewski must love SoFi Stadium
Whatever the reason, Olszewski has been preposterously productive on punt returns in the Chargers’ home stadium. After ripping off a 61-yarder and a 70-yard touchdown in last year’s 45-0 rout of LA, the first-team All-Pro had returns of 20, 21 and 27 yards on Sunday, becoming the first Patriots player since Troy Brown in 2000 to have three 20-plus-yard punt returns in a single game.

“LA’s growing on me, I’ll say that,” Olszewski told reporters. “But those guys did a great job up front. Any time you see a guy go for over 20 yards on a return, it’s more about the blocking (than the) returner. We’ll splice the film up and see how much we should have had. I think we left a little bit out there, so we’ll see. It felt good, though.”

The Chargers entered the game ranked last in the NFL in Football Outsiders’ special teams DVOA.

Adding in last year’s Rams matchup, Olszewski has 12 punt returns for 272 yards and a touchdown in three career games at SoFi.

8. The Patriots are right back in the playoff hunt
FiveThirtyEight gives the Patriots a 47% chance of making the playoffs. They currently sit eighth in the AFC, just a half-game back of the Chargers for the third and final wild-card spot. They own the tiebreaker over two other 4-4 teams, including the Browns, who will visit Gillette Stadium in two weeks.

The Patriots have a long way to go and some difficult matchups still to come — including two in December against the AFC East-leading Buffalo Bills — but Belichick’s club has put itself back in postseason contention after its discouraging 1-3 start.

“We know we’re a good team,” running back Damien Harris told reporters, “and we know we can play with anybody.” 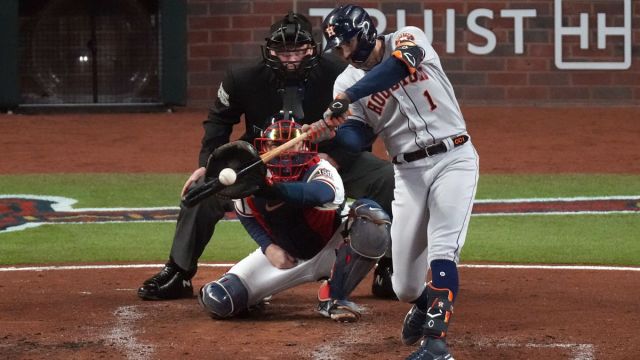 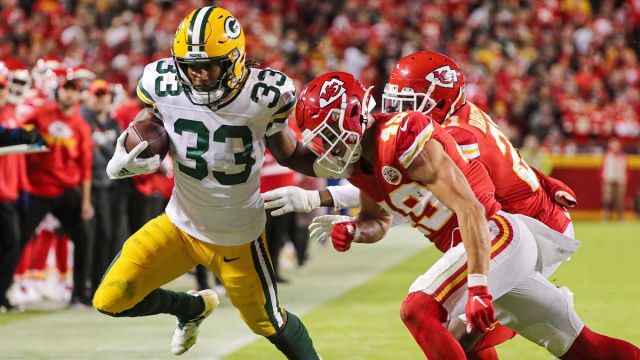