At the start of free agency, the Red Sox lost a major piece of their rotation in Eduardo Rodriguez, who joined the Detroit Tigers after declining a qualifying offer. By Wednesday night, Boston reportedly brought in a third external candidate to round out the starting pitching.

After inking Michael Wacha and James Paxton to one-year deals, the Red Sox reportedly offered the same amount of time to Massachusetts native Rich Hill. According to multiple reports, the two sides were in agreement and the deal would become official pending the results of a physical.

Suddenly, the problem with the Red Sox rotation isn’t how to fill a hole, but rather who will rise up out of a group of fringe rotation players to earn the gig.

Of course, Chris Sale, Nathan Eovaldi and Nick Pivetta are locks, and likely in that order. But there now are several candidates on the roster to slot in behind them.

Hill, who previously has played four seasons with the Red Sox (2010-2012, 2015) saw a major uptick in usage in 2021, making 31 starts — one shy of a career high set in 2007. He has been a mixed-role player throughout his 17 seasons in the majors, throwing as a starter and a reliever. But last season, he put up numbers that make him worth a look for a rotation spot entering his age-42 season.

Wacha, who officially was announced as a Red Sox on Saturday, posted a 5.05 ERA and allowed 23 home runs through 124 2/3 innings across 29 appearances (23 starts) with the Tampa Bay Rays last season.

Paxton’s situation isn’t as straightforward. The left-hander is coming off of Tommy John surgery that he had in April. He made only one start in 2021, getting just 24 pitches into his season before the injury. But if he’s healthy, Paxton has proven to be reliable when he has the chance. He never has posted an ERA higher than 3.90 in a season with at least 13 starts.

After signing both Wacha and Paxton, a veteran, back-end starter no longer was a necessity for Boston. So with an agreement in place with Hill, you have to imagine the Red Sox view all three of them as potential candidates, even if it’s just in competition for the fifth spot that previously was occupied by Martín Pérez or Garrett Richards, who had their team options declined. Otherwise, what was the point?

Of course, this leaves a pair of uniquely talented pitchers that in 2021 certainly made individual cases for increased roles moving forward.

If you had posed the question of the Red Sox rotation in August or September, Tanner Houck rightfully would have been in the conversation to continue in a starting role in 2022. But after starring in relief in the postseason amid some uncertainty in the bullpen, the Red Sox would do well to make use of his versatility rather than pigeon-hole him into a rotation spot if it isn’t necessary.

It’s a similar situation with Garrett Whitlock, who went from a Rule 5 draft pick to a legitimate Rookie of the Year candidate in relief for Boston last season. And based on his numbers, the Red Sox should keep him where he left off, considering the bullpen situation is shaky heading into 2022.

With all of that in mind, the most logical thing for the Red Sox to do would be to lock in Sale, Eovaldi and Pivetta up front, then start the season with a mix of Hill, Wacha and Houck on the back end as Paxton readjusts to the league — which as we saw with Sale in 2021, can be a bit rocky.

The biggest takeaway here is that there are options. And that’s certainly not going to be a bad thing for the Red Sox rotation, which sorely was lacking choices a few weeks ago. 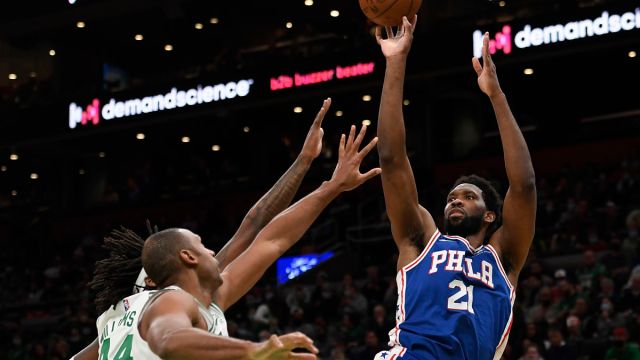