FOXBORO, Mass. — Mac Jones played in big-time games and in front of hostile SEC crowds during this time at Alabama. But he’s never experienced the cauldron of rowdiness that is Orchard Park, N.Y., in primetime.

The New England Patriots and Buffalo Bills will square off this week on “Monday Night Football.” It’ll be both Jones’ first Monday night appearance and his first encounter with Bills Mafia, Buffalo’s notoriously raucous fanbase.

Jones was peppered with questions about this highly anticipated matchup during his Wednesday afternoon news conference.

“I think people who love football want to get a chance to play in games like these,” the rookie quarterback said Wednesday. “I know all the guys on both teams want to play in games like this. It’ll be a great experience. I know they have a bunch of great fans, and it’s football, so you’ve just got to go out there and play the game that we’ve all played since we were little kids.”

The crowds at all of Jones’ NFL road games to date — against the New York Jets, Houston Texans, Los Angeles Chargers, Carolina Panthers and Atlanta Falcons — have been relatively tame. With first place in the AFC East on the line, this one will be anything but.

This also could be a nasty weather game, with the current forecast calling for snow, rain, wind and temperatures that could dip into the mid-20s.

“I haven’t really played a ton of NFL games,” Jones said. “This’ll be new for me, but I know a lot of guys on the team have played in a lot of big games. At the end of the day, you’ve just got to block out the noise the best you can. It’s going to be loud. You just have to prepare yourself mentally for that. That’s pretty much all you can do. You can look at the past and see what you’ve gone through, but you won’t be able to experience it until it happens.”

Veteran safety Devin McCourty, who chuckled at the sea of “middle fingers” that greets the Patriots’ bus in their annual visits to Buffalo, was asked what advice he’d give Jones this week.

“Mac, have fun being Mac,” McCourty replied. “… Like I’ve said all year, the kid’s had a lot of fun playing, and I think he’ll continue to keep doing that the bigger the games get. No need for guys like me to be in his ear telling him anything extra. He’ll be fine, I think. He’s our guy now. We trust that, and he’ll go out there and do what he needs to do.”

Jones has been the clear top performer of this year’s rookie quarterback class and has posted top-tier numbers during the Patriots’ current six-game win streak. The first-round draft pick wasn’t flawless in last week’s 36-13 win over the Tennessee Titans, but he still finished with a career-high 310 yards and three touchdown passes with no interceptions and guided an offense that punted just once.

The Patriots sit at 8-4 on the season, with Buffalo — which swept New England last season to win its first division title since 1995 — close behind at 7-4. A victory Monday night would keep Jones and Co. atop the AFC East standings and could push them past the Ravens and into first place in the AFC if Baltimore loses Sunday. They’ll face the Bills again in Foxboro, Mass., three weeks later. 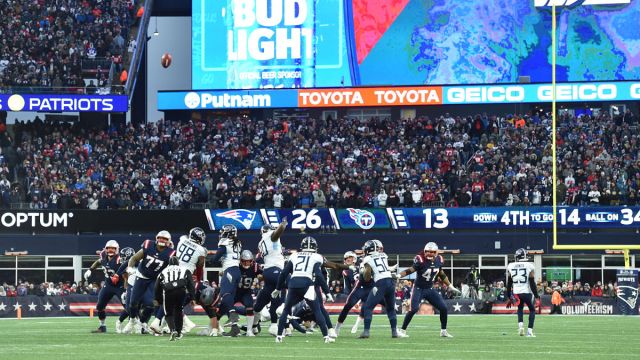 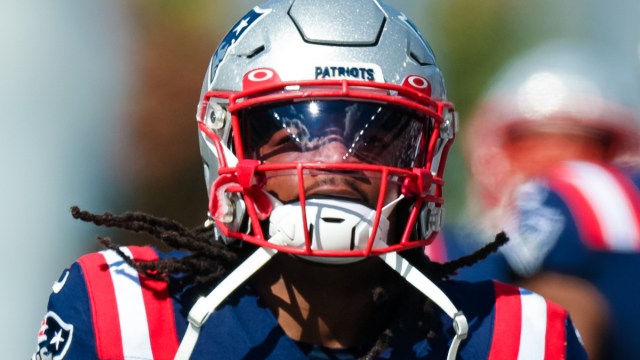