Trevor Lawrence was selected 14 spots higher than Mac Jones in the 2021 NFL Draft. But by almost any metric, Jones has enjoyed the more impressive rookie season.

The New England Patriots’ first-year quarterback has a completion percentage (67.2%) nearly 10 points higher than that of his Jacksonville Jaguars counterpart (58.7%). Jones’ passer rating is 20 points higher (90.2 to 70.6). He’s thrown twice as many touchdown passes as Lawrence (18 to 9) with fewer interceptions (12 to 14).

Their overall passing yardage totals are comparable (3,313 to 3,225), but Jones has a healthy edge in yards per attempt (7.2 to 5.9). And though Jones’ play has dipped of late, Lawrence has just one touchdown pass and five interceptions over his last eight games.

Jones is Pro Football Focus’s 13th-highest-graded quarterback. Lawrence is 36th, ahead of only fellow rookie Davis Mills. His Jaguars are 2-13 and already looking ahead to next year while Jones’ Patriots sit at 9-6, in the thick of the AFC playoff hunt.

That final stat is the most important one to consider when comparing these two quarterbacks. Team matters, especially for rookie QBs. Organizational stability matters. Supporting cast matters. And quality of coaching most certainly matters.

Jones was plopped into an ideal situation when the Patriots drafted him 15th overall. He got to join the NFL’s model franchise, with a newly reloaded, veteran-laden roster around him and a coaching staff that featured both an accomplished offensive coordinator known for his work with QBs (Josh McDaniels) and the single greatest coach in league history (Bill Belichick).

The Alabama product, of course, deserves credit for both beating out Cam Newton for the starting job and performing as well as he has to this point, but the infrastructure around him is as sturdy as any first-year signal-caller could hope for.

Lawrence hasn’t been nearly as fortunate.

As the No. 1 overall pick, the former Clemson star landed on a terrible, talent-deficient Jacksonville team that went 1-15 last season. His top receivers and tight ends are Marvin Jones, Laviska Shenault, Jamal Agnew, Dan Arnold and James O’Shaughnessy. And, most importantly, he was paired with Urban Meyer, whose first (and surely only) season as an NFL head coach was a spectacular disaster. The Jags fired Meyer after 13 games, two victories and a parade of on- and off-field missteps.

The latter garnered more widespread attention and ridicule, but this also was a coach who insisted on splitting first-team reps between Lawrence and Gardner Minshew throughout the summer and later benched arguably his team’s best player, running back James Robinson — a decision Lawrence publicly questioned. (Robinson now is out for the season after tearing his Achilles on Sunday.)

Had Jones, a Jacksonville native, been drafted by his hometown team, he’d probably be enduring similar struggles. And Lawrence might be flourishing in a more favorable spot like New England.

That’s what makes forecasting Lawrence’s long-term NFL potential so difficult. No, he has not been good this season. But his team has been so bad, so dysfunctional, that’s impossible to properly evaluate him. Remember, Lawrence entered the draft as the most highly touted QB prospect since Andrew Luck. One miserable year under Meyer doesn’t erase that promise.

But this also is why it’s imperative for Jaguars owner Shad Khan to nail his next coaching hire. Jacksonville needs a head coach who can develop Lawrence and maximize his prodigious talents. They’ve already begun that process, sending interview requests to more than a half-dozen candidates, including ex-Jags QB and current Tampa Bay Buccaneers OC Byron Leftwich. (Notably, McDaniels is not among the initial crop of reported candidates.)

As for what the Patriots can expect from Lawrence when the Jags visit Gillette Stadium this Sunday, Belichick praised his “big arm” during his Wednesday video conference. Lawrence also has a clear edge over Jones in the mobility department. He ranks seventh among quarterbacks in rushing attempts this season (61) and seventh in rushing yards (301).

“Really strong arm,” the Patriots coach said. “Can whip the ball. Can make all the throws. Pretty fast. Runs well. He does a good job of spreading the ball around. He uses all of his receivers. I’d say he’s hit his fair share of deep balls. Looks like a really good prospect.”

How good? At this point, we just don’t know. 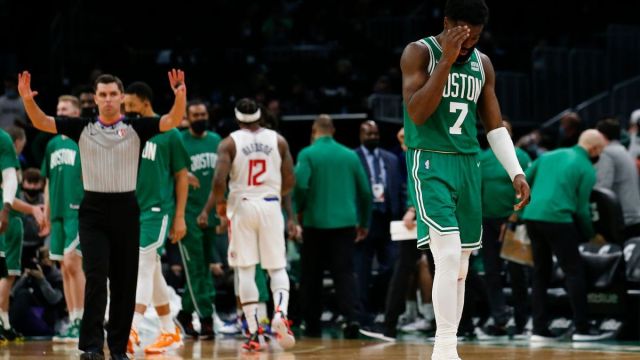 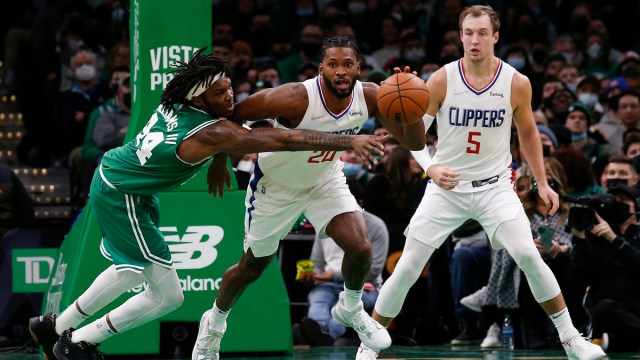