The New England Patriots answered a few of their lingering roster questions during the NFL’s legal tampering period. But several more pressing ones remain unresolved

After six re-signings, two trades, two departures via free agency and zero free agent additions (as of early Wednesday morning), and with the NFL league year officially set to begin at 4 p.m. ET on Wednesday, let’s review both categories:

QUESTIONS ANSWERED
Safety
The Patriots have big-time questions at cornerback (more on those below), but they’re rock-solid at safety after re-signing defensive quarterback Devin McCourty for one more year. McCourty, Kyle Dugger and Adrian Phillips formed one of New England’s strongest position groups this past season, and all three will be back for 2022.

Quarterback
The question of who would back up Mac Jones this coming season was answered before the legal tampering period began, with the Patriots re-upping veteran Brian Hoyer on a two-year, $4 million contract with $3 million guaranteed. New England wouldn’t want Hoyer starting any games at this point in his career, but he was a great mentor during Jones’ rookie year and will provide some much-needed continuity as the Patriots overhaul their offensive coaching staff.

The question now is what will happen with third-stringer Jarrett Stidham. Could he be a trade candidate for Josh McDaniels’ Raiders or Nick Caserio’s Texans?

Kicker
Sorry, Quinn Nordin. Nick Folk is back on a reported two-year, $5 million deal that includes $2.19 million guaranteed, which should lock him into a roster spot for 2022. Though he lacks overwhelming leg power, the 36-year-old Folk has been phenomenally reliable for the Patriots, with his last missed field goal from inside 50 yards coming way back in the 2020 season opener. He’s one of just three kickers to convert more than 92% of his field goals in each of the last two seasons. Smart to lock up a player like that, even at Folk’s advanced age.

Running back
The Patriots already were set with Damien Harris and Rhamondre Stevenson as their formidable early-down duo. Now, they have their sub back, too, re-signing the universally respected James White to a two-year deal worth up to $7 million.

That contract was devoid of a signing bonus and includes just $500,000 guaranteed, however, meaning the team easily could move on if White is unable to fully recover from the hip injury that ended his 2021 season. It wouldn’t be surprising to see New England add another pass-catching back this offseason, perhaps a developmental prospect in the NFL draft.

UNANSWERED QUESTIONS
Offensive line
The Patriots need to replace at least two O-line starters after losing left guard Ted Karras in free agency and trading right guard Shaq Mason — one of the NFL’s best players at his position — to the Tampa Bay Buccaneers for a fifth-round draft pick. They would have a third hole to fill if they do not re-sign right tackle Trent Brown. Oh, and this group will be led by a new position coach, with Carmen Bricillo leaving to join McDaniels in Las Vegas.

Mike Onwenu is expected to fill one of those starting-lineup vacancies, but New England’s other internal options aren’t particularly inspiring. The Patriots reportedly are considering a major move here, with Dallas Cowboys right tackle La’el Collins rumored as a potential trade target. They need to shore up this suddenly unsettled unit to ensure Jones stays protected in Year 2.

Cornerback
The Patriots would have had a need at corner even if they had re-signed J.C. Jackson. Now that the Pro Bowler is off to the Los Angeles Chargers and a five-year, $82.5 million payday, that need is downright dire. With no starting-caliber replacement option for Jackson on the roster, New England needs to invest in this position, likely through both free agency and the draft.

Potential veteran options who still were available as of Wednesday morning include Darious Williams, Steven Nelson, Casey Hayward, Mike Hughes and Anthony Averett. The Patriots also could target a salary cap casualty like Jackrabbit Jenkins, who was cut by Tennessee on Tuesday.

Wide receiver
The Patriots reportedly have been active in the wideout market, but so far, that activity has not yielded any new signings. Potential targets like Christian Kirk, D.J. Chark, Cedrick Wilson, Braxton Berrios and Russell Gage have landed elsewhere, but a number of notable names still are available.

Among those: Allen Robinson, Odell Beckham Jr., Jarvis Landry, JuJu Smith-Schuster, Marquez Valdes-Scantling and Jamison Crowder. The Patriots have been directly linked to Valdes-Scantling, the Green Bay Packers deep threat. They also could pursue a trade for a player like Seattle’s Tyler Lockett or Jacksonville’s Laviska Shenault.

The only receiver-related move New England has made thus far has been placing a second-round restricted free agent tender on Jakobi Meyers, the team leader in catches, targets and receiving yards this past season.

Inside linebacker
The Patriots did address this spot with their only external addition to date, trading edge rusher Chase Winovich to Cleveland for off-the-ball linebacker Mack Wilson. Wilson had fallen out of favor in the Browns’ defense and is smaller than the Patriots typically like their linebackers, but he’s athletic, skilled in coverage, a factor on special teams and played at Alabama — all pluses for New England. His size (6-foot-1, 233 pounds) also could signal a shift in mindset from head coach Bill Belichick, who might finally be gravitating away from the big-bodied thumpers he’s traditionally favored for his defense.

But there still are a number of loose ends here. Dont’a Hightower, Ja’Whaun Bentley and Jamie Collins all are unrestricted free agents who have yet to sign. Will any of them be back? Or will Hightower be the only longtime captain New England did not prioritize retaining? And though Wilson should compete for a starting role, the Patriots’ off-the-ball depth chart currently features just him, Raekwon McMillan, Cameron McGrone, Harvey Langi, Jahlani Tavai, Terez Hall and potentially Josh Uche, depending on how they view the 2020 second-rounder.

Odds are, they’re likely not done adding, and big names like Bobby Wagner and Myles Jack still are on the market.

Outside linebacker
Pro Bowler Matthew Judon will start at one edge rusher spot in 2022 — with the Patriots hoping he can rebound from his dismal finish to 2021 — but who will man the other? Uche? Ronnie Perkins, who didn’t play at all as a rookie third-round pick? There’s a hole there after the Patriots released veteran Kyle Van Noy last week and then traded Winovich.

The latter saw minimal playing time this past season, but Van Noy was on the field for 75% of offensive snaps, training only Judon among front-seven defenders. That’s a large role to fill, and it’s unclear whether any of New England’s currently rostered edge rushers are capable of doing so. 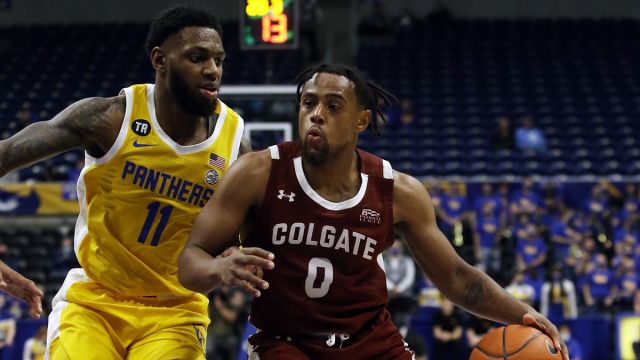 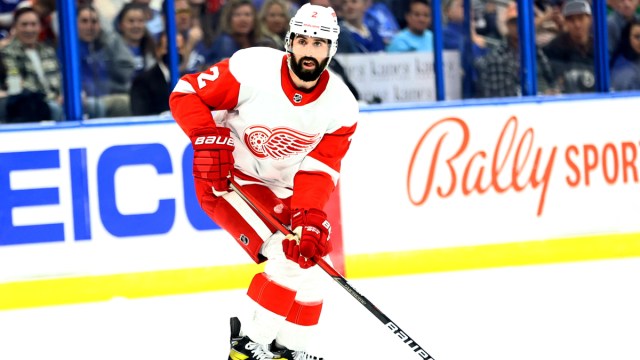