How Bad Are Patriots? ESPN Has Jarring Evaluation After Week 1 Skip to content

The perception surrounding the New England Patriots hasn’t been great in recent months, and Sunday’s season-opening performance against the Miami Dolphins did little to change the narrative.

In fact, it only perpetuated the angst.

While Week 1 in the NFL always spawns overreactions, the Patriots’ 20-7 loss at Hard Rock Stadium really could be a sign of what’s to come for New England, a franchise still finding its way since Tom Brady’s departure. The Pats’ offense looked terrible, and now there are questions about quarterback Mac Jones’ health ahead of a Week 2 road matchup with the Pittsburgh Steelers.

ESPN’s Dan Graziano published a column after the season-opening slate in which he judged Week 1 “overreactions,” gauging which statements are true and which are a stretch this early in the new season. To say he’s down on the Patriots would be an understatement.

Graziano believes it’s “not an overreaction” to say the Patriots will finish last in the AFC.

The Buffalo Bills look like the cream of the crop, especially after throttling the defending Super Bowl champion Los Angeles Rams in Week 1. And the Dolphins, as mentioned, just downed the hapless Patriots in rather convincing fashion. But worse than the Jets? That’s saying something.

Here’s what Graziano wrote about the Patriots:

“Obviously, we can’t rate them ahead of Miami after what we saw Sunday, and Buffalo looked as good as anybody in Week 1. So that kind of leaves the Pats and the Jets battling it out for third place (did you ever think?) if it plays out the way we expect. A lot of that “race” could be decided by the health of Jones and the effectiveness (plus health) of Zach Wilson once he comes back. But I’ve been saying for weeks now, it’s not the coaching that worries me in New England, it’s the personnel. I’m not entirely sure the Jets don’t have better players.”

The Jets didn’t exactly start off on the right foot, losing to the Baltimore Ravens 24-9 in Week 1. But Graziano’s concern speaks to the existing state of affairs in Foxboro, where the Patriots just don’t seem to have the personnel or the swagger, for lack of a better word, of years past. 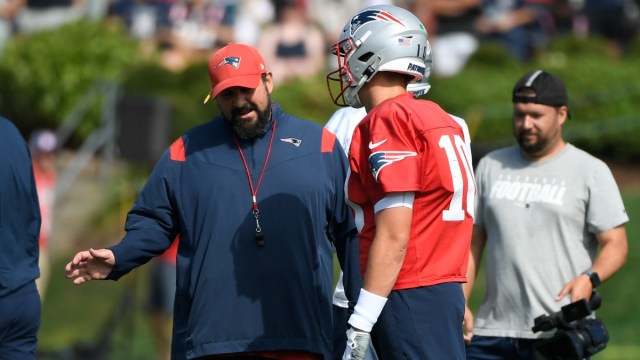