As talented as the individual pieces are in the Boston Red Sox lineup, their offense hasn’t operated at a top-tier level this season.

But on Saturday evening against the Baltimore Orioles at Camden Yards, the Red Sox showed what they are fully capable of at the plate when they put everything together.

Boston’s bats shrugged off its recent struggles to erupt for a season-high scoring output and hit production to dismantle the Orioles, 17-4. The Red Sox amassed 21 hits to overwhelm the Orioles and slug their way to a win, something they haven’t done much of this year.

“Just a friendly reminder that we’re really good when we do our thing,” Red Sox manager Alex Cora told reporters as seen on NESN postgame coverage. “When we are disciplined, we are that team. But we haven’t been consistent, and we are where we are because we’ve been very inconsistent in our approach. But there are days like that you’re like, ‘You know what, yeah, we’re really good.'”

Cora added: “That’s what we’re looking for. When we do the things that we did tonight, it’s a fun offense.”

The Red Sox came into the matchup having lost the first four games of their road trip and having only produced nine combined runs in those contests. But the first inning Saturday was exactly what Cora was looking for out of an approach. Tommy Pham worked a nine-pitch walk before Alex Verdugo stung a single up the middle. Xander Bogaerts then got plunked to load the bases for Rafael Devers, who demolished a pitch from Orioles starter Jordan Lyles to left-center field for the grand slam and an early 4-0 lead.

That was just the start of it as the Red Sox scored four more runs in the fourth inning and six times in the ninth. Christian Arroyo also went yard, belting a two-run home run and while Xander Bogaerts has been the king of multi-hit games recently, he didn’t record one in the win. However, eight players recorded at least two hits, including a four-hit performance from Kiké Hernández.

But it seemed Cora couldn’t be completely thrilled about the offensive showing, knowing that with his team this year, this offense might seemingly dry up overnight.

“We were patient enough to get pitches in certain counts and we took advantage of it,” Cora said. “Like I said, consistency is not what describes us. We’ve been very inconsistent. I’m glad today we had a good day, but tomorrow we got a chance to come here, win the series and move on.”

— Michael Wacha continued to be his steady and effective self on the mound. His performance was far from flashy, but he still recorded a quality start. Wacha pitched six innings in which he allowed three runs on six hits while striking out five and walking none. Wacha is now 11-1 on the season.

“He was really good,” Cora said. “Just the preparation, the way he goes about his business, attacking hitters. He’s always ahead in the count. He doesn’t walk too many people. He lets the defense do their job and like I said before, if you’re a defensive player, it’s fun with guys like that on the mound. The tempo is going to be great and the ball is going to be hit to you. Another good one for him.”

— After hitting just .163 in August, Devers is showing signs of getting back into an offensive groove. His home run was just the beginning of a 3-for-5 effort with five RBIs, which is the most runs he’s driven in during a game this season.

“He took two changes-ups. He hasn’t done that against them the whole season,” Cora said. “That was his first hit with men in scoring position against the O’s this season. I think it was 0-for-14 and he’s been chasing pitches and a lot of weak contact. He was patient enough on the first two and he didn’t try to do too much on that pitch.”

— The Red Sox turned in some strong defense as well. Hernández made a couple of leaping catches against the center field wall while Alex Verdugo made a sliding grab in right. Bogaerts and Arroyo, who got the start at first base, teamed up for a strong defensive play with Arroyo finishing it off with a nice scoop. Trevor Story topped them all with an acrobatic grab to rob Austin Hays of a bloop hit.

— The Red Sox and Orioles play the rubber match of their three-game series on Sunday. First pitch from Camden Yards is scheduled for 1:05 p.m. ET and you can watch the game, plus an hour of pregame coverage, with NESN 360. 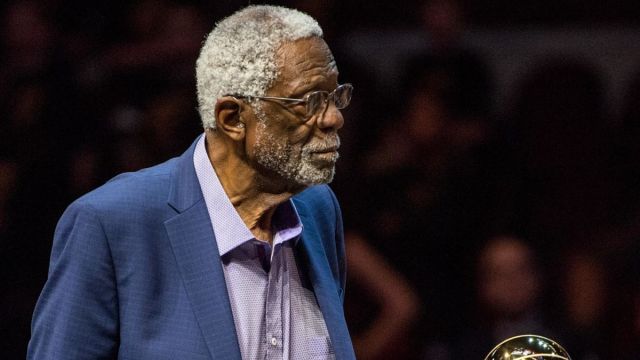 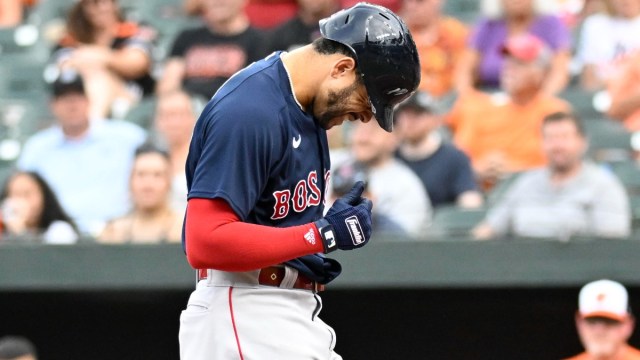