FOXBORO, Mass. — The New England Patriots officially have a problem at left guard, whether Bill Belichick wants to admit it or not.

Rookie guard Cole Strange was benched after two series in Sunday’s 26-3 win over the Indianapolis Colts at Gillette Stadium. As was the case last weekend, the 2022 first-rounder was replaced by Isaiah Wynn, who apparently has lost his right tackle job and now is rotating in at left guard. The benching marked the third of the season for Strange, who was pulled for a short stint during the season opener and again in the Week 8 road win over the New York Jets at MetLife Stadium.

Strange eventually returned during the fourth quarter but finished with just 15 offensive snaps compared to Wynn’s 48. It also wasn’t a surprise to see the Patriots swap Strange for Wynn, as the two rotated at left guard during pregame warmups.

Belichick predictably used that as his out after the game when asked about Strange’s benching.

Technically, Belichick might be being truthful. New England clearly entered the game preparing for some sort of rotation at left guard.

But the reality is that there wouldn’t be a rotation if Strange was playing well. After showing noticeable improvement in Weeks 5 and 6, Strange has struggled mightily over the last few weeks against bigger, superior defensive lines. The Chattanooga product cited “fundamental” issues during a postgame conversation with Andrew Callahan of the Boston Herald, but Strange’s relatively light build also appears to be an issue. And the fact of the matter is that neither Strange nor Wynn have played well in a while, including Sunday.

So, is this something to worry about?

In the long term, probably not, as Strange is very talented and surely will add weight and strength during the offseason. But his struggles absolutely are a big issue in the present, as the Patriots offensive line has dragged Mac Jones and the offense to a broken state through nine weeks.

Figuring out left guard is just one of many problems New England must correct during its bye week. 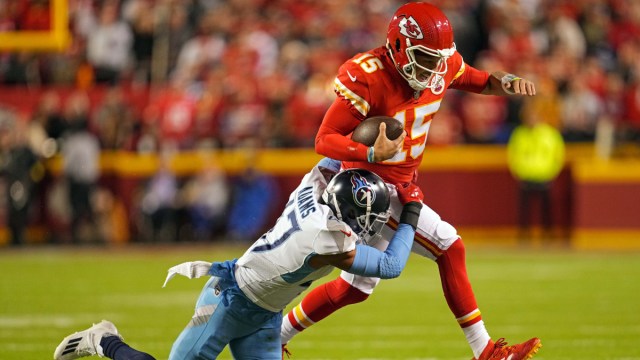 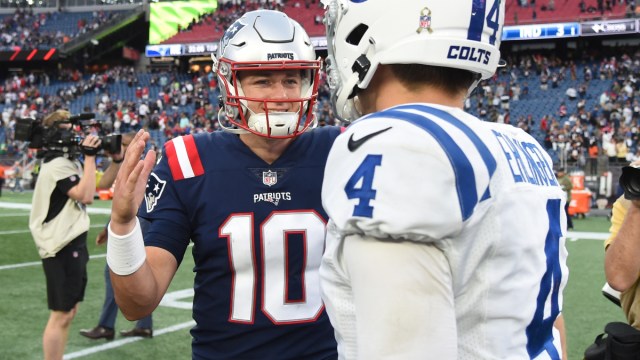 Where Patriots Sit In AFC Playoff Picture After Win Over Colts