Those were NESN.com’s notes on the first three snaps of New England Patriots padded 11-on-11 drills in training camp this summer as quarterback Jarrett Stidham kept feeding the rock to Damien Harris.

One year after being buried on the Patriots’ running back depth chart, Harris, a second-year pro, is taking on a much heavier workload this summer as he battles for a starting job.

As recently as last month, it appeared Harris would be scrounging for snaps for the second straight year, but then Sony Michel underwent foot surgery and began the summer on the physically unable to perform list, running back Brandon Bolden elected to opt-out for the 2020 NFL season over concerns about the coronavirus pandemic and the Patriots signed Lamar Miller, but he too started camp on the PUP list.

That leaves Harris, Rex Burkhead, James White and rookie J.J. Taylor as the Patriots’ current options at running back. White is the Patriots’ third-down pass-catching back. Taylor is a 5-foot-5, 185-pound player who also is probably best suited as a pass-catcher. Burkhead is the jack of all trades, including special teams.

Essentially, if the 2020 NFL season started today, the Patriots’ early-down running back role would have to be Harris’ by default.

“It’s been good,” Harris said Tuesday on a video conference call of his heavy workload in camp. “It’s given me an opportunity to improve. That’s what I think is most important, coming in and showing that I can be dependable, I can be competitive, I can play the game at a high level. Just want to come in here and improve every single day no matter what is asked of me, no matter what coaches need me to do, I’m going to do it to the best of my ability.”

Is Patriots’ QB Picture Clearing Up At All With Start Of Training Camp?

Harris shrugged off the highlight play.

“Football is more than just one good play,” Harris said. “Every single day, we want to go out there and string together as many good plays as possible and develop some consistency as a team. That’s just kind of our mindset. Every day I want to do everything I can to improve, to make myself a better player for this team. It’s not about one play. It’s about making play after play after play, being dependable, being accountable and developing that consistency that can hopefully show up on Sundays.”

That’s the goal — to play Sundays, something that happened only twice last season for Harris in what was essentially a redshirt season. Harris wouldn’t be the first Patriots running back to become a major contributor after taking his first season off. Shane Vereen and White hardly played in their rookie seasons in 2011 and 2014, respectively. Both players went on to become top pass-catching backs in the Patriots’ offense.

Harris’ skillset is more varied. At 5-foot-11, 213 pounds, Harris has the size to carry the load on early downs. He was also a solid pass-catcher and pass-protector in college, but he’s still working to improve all of those aspects of his game.

“No one part is more important than the other,” Harris said. “So, day in and day out, every single aspect of my game, whatever the coaches tell me, that’s what I’m here to work on. I want to do everything I can to try to be a dependable player for this team.”

The season doesn’t start today, but Michel reportedly could begin the season on PUP/reserve. Miller is coming off of a torn ACL and still has to acclimate to the Patriots’ offense after spending the first eight years of his career with the Miami Dolphins and Houston Texans.

Harris has a golden opportunity if he can prove his dependability and consistency. 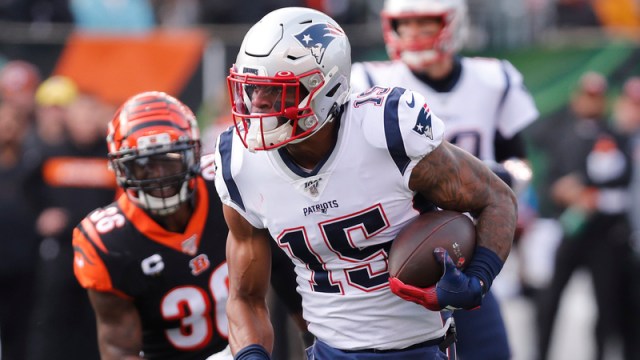 How N’Keal Harry Reshaped His Body, Game Ahead Of Second Patriots Season 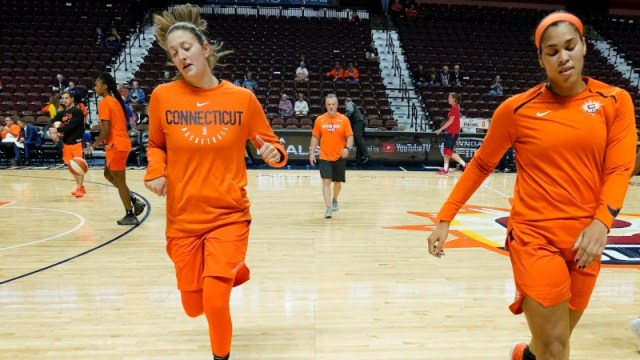