You might have seen a quirky highlight emerge from Sunday’s preseason game between the New England Patriots and the New York Giants. After Mac Jones led a touchdown drive, Cam Newton chased the rookie down for a high-five, failing at first before ultimately getting some skin — as the kids used to say. It was noteworthy because Jones didn’t notice Newton for several seconds, creating a somewhat awkward moment.

It was nothing. Jones laughed it off during postgame media availability, while also doing what he’s done so often during training camp: praise his veteran counterpart.

And yet, Skip Bayless and Shannon Sharpe — particularly Bayless — tried to make a story out of it during Monday’s “Undisputed” episode.

Sharpe basically commended Newton for his energy, and also offered an anecdote about his own experience of being cheered on by teammates as a rookie. But Bayless, with a suggestive, sensationalized chyron running beneath him, used the story as an opportunity to suggest a preposterous narrative: that Bill Belichick doesn’t like Newton, or something.

“This is just my point about this: There’s only one way for Belichick, and it’s the ‘Patriot Way.’ And I think that Cam continues to try to shatter that mold in just every way, shape and form. And it’s just who Cam is — he’s just being 1,000 percent legit Cam. And I just don’t believe, in my heart of hearts, that Belichick loves any of this. Because it’s not contributing, in Belichick’s eyes, to winning football games.”

Belichick stuck with Newton through his entirely bench-worthy struggles last season and seemingly will start him in Week 1 despite the 32-year-old’s recent COVID-19 protocol violation and Jones’s superior play. Belichick loves him some Cam Newton.

Bayless then tried to pull some Bibbidi-Bobbidi-bullcrap and tried to create Jones-Newton drama out of nothing.

“And now, to your point about is Cam really genuinely happy for this kid? I have a hard time believing in his heart of hearts that he’s genuinely happy,” Bayless said. “He’s happy that they have a chance to be a good football team. … In fact, Mac Jones has called him a ‘mentor.’ … But, at some point, you’re also trying to protect your turf, your job.”

From there, the segment was a total dart toss. Sharpe and Bayless talked about Scott Zolak’s controversial comments, speculated about when Newton could lose his job and debated whether the Patriots will stink this season.

You can watch it all below if you want:

We get it: Shows like “Undisputed” exist for this kind of thing. They fully embrace the sports-as-reality-TV thing, and people apparently watch it. Plus, given their respective contracts, why would Bayless and Sharpe veer from the formula?

Still, is there nothing else to talk about with the preseason now over and 53-man roster reveals looming? Does a high-five between Mac Jones and Cam Newton really deserve an 11-minute conversation?

Of course, the answer to that question is “no.” However, Bayless has made it perfectly clear that “Undisputed” is his show, and that what he says, goes — even if it makes zero sense. 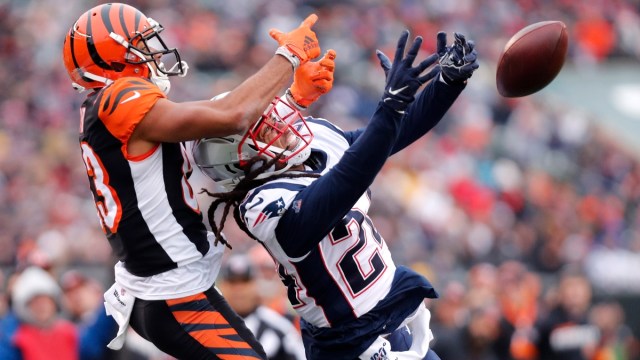 Patriots’ Stephon Gilmore Still Getting Plenty Of Recognition Despite Sitting Out 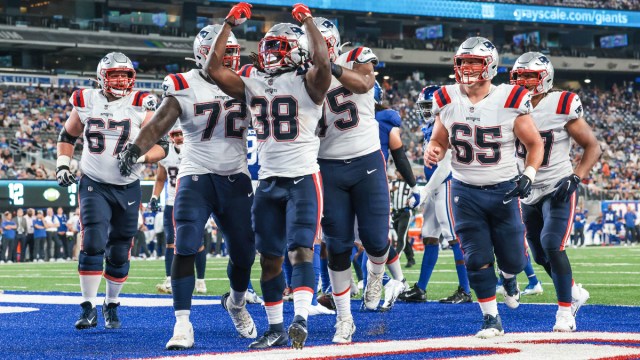 These Stats Show How Impressive Patriots’ Young RBs Were In Preseason