FOXBORO, Mass. — The New England Patriots overhauled their pass-catching corps this offseason. But amid the arrivals of Jonnu Smith, Hunter Henry, Nelson Agholor and Kendrick Bourne, don’t forget about the player who almost singlehandedly carried New England’s passing attack in 2020.

That was Jakobi Meyers, who’s back for a third season with the Patriots after turning in one of the most productive second halves of any NFL wideout a year ago.

After a Week 7 injury to N’Keal Harry propelled Meyers into the starting lineup, the former undrafted free agent proceeded to rank 15th among all receivers in both receptions (58) and receiving yards (722) over the final 11 weeks of the regular season.

And Meyers believes he can be even better in Year 3.

“I feel like I showed enough to keep me around for a third year,” the 24-year-old said after Tuesday’s practice inside Gillette Stadium. “But I don’t feel like I proved anything yet, honestly. I still feel like I’ve got a long way to go. That was just a taste, an appetizer, honestly. I didn’t really do enough to say, ‘Yeah, I’m solidified. I don’t need to play in the preseason.’ Or, ‘I’m solidified, I don’t need to go as hard as the other guys are going.’

“I’m still trying to show everybody how hard I work, how good I can be, and hopefully, I’ve still got a lot of room to grow.”

Meyers has needed to work hard to earn and keep his spot on the Patriots’ roster. After first making the cut as a UDFA in 2019, he spent his rookie season trying — and often failing — to live up to the demanding standards of superstar quarterback Tom Brady.

“I had to learn fast,” said Meyers, who caught 26 passes for 359 yards in his first pro season. “I didn’t really have an excuse. (Brady) was a guy who’d been playing for two decades, you know what I mean? I didn’t get the liberty of, ‘Oh, he’ll catch on one day.’ I came in with a first-round receiver, N’Keal. Tom Brady, future Hall of Famer. I had to pick it up real fast or I wouldn’t be here long. It definitely pushed the tempo, and I’m happy it worked out the way it did.”

That payoff wasn’t immediate, though. Meyers made the Patriots’ 53-man roster in 2020, but he spent the first several weeks buried on the depth chart. He played just 22 offensive snaps over New England’s first three games and did not see the field at all in its fourth or fifth.

His big break came in late October when a concussion knocked Harry out of a blowout loss to the San Francisco 49ers. A week later, Julian Edelman landed on injured reserve with what proved to be a career-ending knee injury. Meyers led the team in catches and receiving yards in consecutive losses to San Fran and Buffalo, then exploded with a 14-target, 12-catch, 169-yard effort in a Monday night victory over the New York Jets.

Meyers hardly left the field the rest of the season, finishing with 59 catches for 729 yards and a 72.8 percent catch rate. The former high school QB also threw two touchdown passes.

Despite Meyers’ breakout, the Patriots entered the offseason in dire need of talent at receiver and tight end, and their quartet of offensive additions pushed him away from the spotlight. But based on what we’ve seen thus far in training camp, Meyers very well could be New England’s most productive wideout again this season.

Over the Patriots’ last six competitive camp practices (so, excluding their two in-stadium walkthroughs), Newton is 14-for-15 when targeting Meyers in 11-on-11 drills. The only incompletion was batted down at the line by linebacker Kyle Van Noy. During that same span, rookie Mac Jones — who’s competing with Newton for the starting QB job — is a perfect 8-for-8 on passes to Meyers.

Newton and Jones are 7-of-11 and 8-of-11, respectively, when targeting Bourne during that span, and 1-of-4 and 7-of-8 when targeting Harry. Agholor, New England’s highest-paid wideout, has been hampered by an undisclosed injury and has not caught a pass in competitive 11-on-11s since last Tuesday.

At the very least, Meyers projects as the Patriots’ top slot option. Assistant receivers coach Troy Brown — the first dominant slot of the Brady/Bill Belichick era — recently said Meyers has been able to find success in that spot by closely studying Edelman, who retired with the second-most receptions in franchise history.

Meyers, who at 6-foot-2, 200 pounds is taller and heavier than most Patriots slot receivers, said Edelman isn’t his only inspiration.

“I think Troy might’ve sold himself short there,” Meyers said Tuesday. “We all got it from Troy Brown, honestly. He’s the originator of the little inside route game. The Patriots inside route game, a lot of that is credited to Troy. Yeah, I do watch Jules, but Jules probably watched Troy. Or he watched Wes (Welker). It’s been a long line of slot guys.

“Honestly, if you want the answers, all you’ve gotta do is just look before you. There’s Hall of Famers before me. Just pay attention to them guys, and they give me everything I need.” 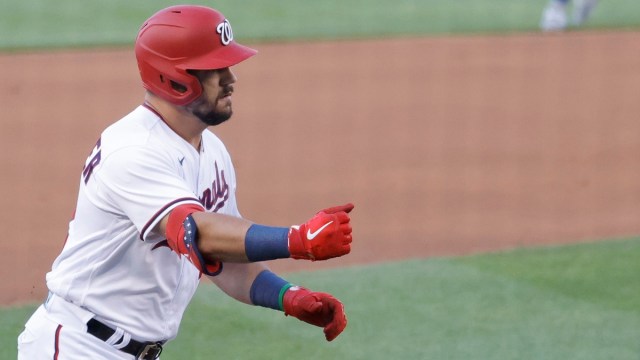 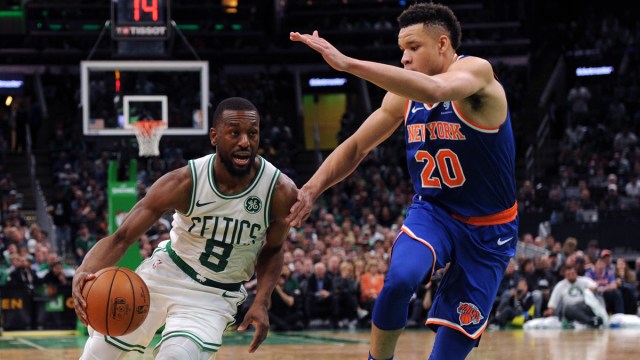