Stephon Gilmore will not be on the field when the New England Patriots enter Week 1 against the Miami Dolphins on Sunday.

Gilmore, who was placed on the physically unable to perform (PUP) list, was in the midst of a contract stare down with the team. It’s fair to question whether Gilmore won’t be on the field until Week 7 because of an unsolved issue with his contract, although NFL Media’s Ian Rapoport reported it has more to do with his recovery from a torn quad last season. Still, that is a bit ironic given the fact Gilmore reportedly said he would be ready for training camp in July “if he needed to be.”

Sports Illustrated’s Albert Breer is among those around the league who think the Patriots botched the Gilmore situation.

“I think he’s going to play for them later this year. I think the Patriots have mangled this thing,” Breer said on 98.5 The Sports Hub’s “Zolak & Bertrand” on Wednesday. “Like, to me, the way I look at it they should have just given him a bump in March and said like, ‘This is for four years of really good service. We understand you’re hurt and we’d love to see you on the field, but we also understand that’s part of the deal with football players, that they do get hurt when they get older. And we want you locked in, we’re about to spend a lot of money in free agency. And so we’re going to try and give you every opportunity for to be at your very best and we want to be on the same page so let’s get this done.’

“I don’t understand why they didn’t do that in March because you could have forecasted this being a problem going all the way back to last September when they moved four million from 2021 to 2020,” Breer continued, noting last year’s cash advance. “You knew he wasn’t playing this year for seven million. Why did you let it get this far? I just don’t get it.”

Gilmore, as Breer noted, is owed a $7 million base salary this season. He will receive the full sum despite the fact he’s on the PUP list. And from Gilmore’s perspective, if his absence is contract related, his hold out should allow him to find solace in the fact his per-game paychecks (11 games) are more respectable than if he was on the field all season. His risk for injury entering a contact year also is helped a bit by missing at least the first six games.

The Patriots defense, on the other hand, will be without its top cornerback for the first six weeks of the season with games against the Tampa Bay Buccaneers and Dallas Cowboys scattered into their schedule. 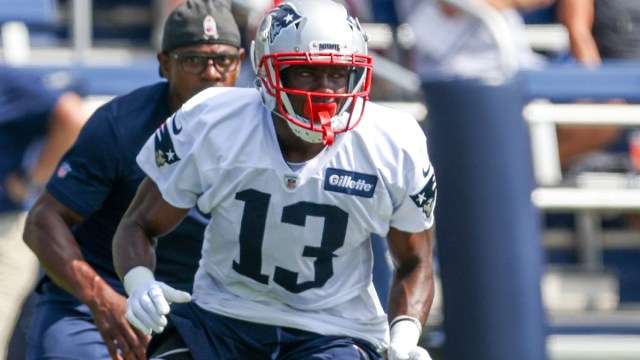 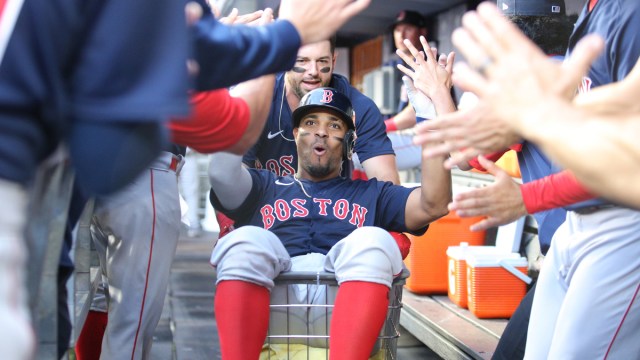