It didn’t take long for the Bruins to get on the board, with Brad Marchand netting his fourth goal of the season just 28 seconds into Boston’s clash with the San Jose Sharks. Despite a late push by San Jose, the Bruins built too big of a lead early on and came away with the 4-3 win at TD Garden.

Boston improved to 3-1 on the season with the win while handing the Sharks their first loss of the season, dropping their record to 4-1.

ONE KEY TAKEAWAY
The Boston offense was a high octane machine in its thrashing of the Sharks. The Bruins had four different players find the back of the net in the win including two members of the “Perfection Line” in Marchand and David Pastrnak, and also got contributions from defenseman Derek Forbort and left-winger Jake DeBrusk.

Since falling to the Philadelphia Flyers on Wednesday 6-3, the Bruins have made offensive adjustments and found the back of the net eight times across their last two games, both of which resulting in wins for Boston.

The Black-and-Gold’s secondary scoring has led to questions over the last few seasons but it has been on full display over the last two games with five of the squad’s eight goals.

STARS OF THE GAME
— Marchand couldn’t have asked for a better start to the season. The 33-year-old extended his point streak to four Sunday afternoon with his fourth goal of the season to go along with his third helper of the campaign so far.

— Forbort stepped up to help swing the momentum well in Boston’s favor early on. The defenseman followed up Marchand’s early goal with one of his own just 3:18 into the opening period for his first as a member of the Bruins and dig the Sharks into an even deeper hole.

— Linus Ullmark was impressive once again between the pipes for the B’s. Although he didn’t face as much adversity as he did in Friday night’s win over the Buffalo Sabres, he stopped 23 of 26 shots faced en route to his second straight win for Boston.

WAGER WATCH
If you had the inclination to take Marchand as the first scorer (+950) or anytime scorer (+145) it didn’t take long to cash in. The left winger had the second-best odds at scoring entering the clash, just behind Pastrnak (+100) who cashed in himself for his second goal of the season.

NEXT UP
After a few days off, the Bruins hit the road and travel to Florida where they’ll face off with the Panthers on Wednesday night at 7 p.m. ET. You can check out all of the action, including pre- and postgame coverage, on NESN. 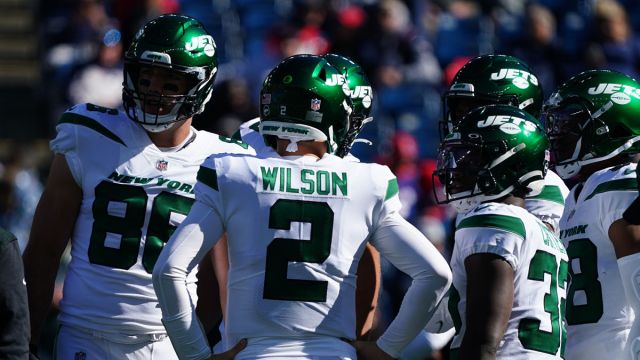 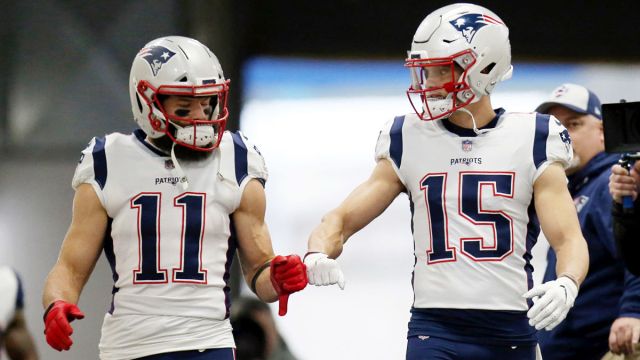