Should Patriots Be Buyers Or Sellers As NFL Trade Deadline Approaches? Skip to content

For the second consecutive season, the New England Patriots will enter the NFL trade deadline without a winning record.

Last year, Bill Belichick’s team was 2-5 when the Nov. 3 deadline arrived. On that day, the Patriots made their one and only trade of the 2020 season: a deal that send a conditional seventh-round pick to the Miami Dolphins for receiver Isaiah Ford, whom New England waived a month later. (The Dolphins wound up claiming Ford, meaning the Patriots essentially gave away a draft pick.)

So, it was an uneventful deadline for the Patriots. Will they be more active ahead of this season’s Nov. 2 deadline?

Perhaps, but the more important question to ask is: Should they be buyers or sellers?

Let’s assume the Patriots beat the New York Jets on Sunday and then lose at the Los Angeles Chargers on Oct. 31. They’d be 3-5 with some hope of eventually qualifying for the postseason. If that plays out, New England absolutely should buy at the deadline.

Despite their obvious flaws, the Patriots remain a talented team with a promising rookie quarterback, capable of far greater results than they’ve achieved thus far this season. Be it help at cornerback (wherefore art thou, Stephon Gilmore?), receiver or linebacker, New England has multiple areas of need that, if addressed, could significantly improve its prospects in 2021.

At worst, the Patriots should be neutral at the trade deadline. However, if they’re serious about contending this season — and they should be, considering the money they spent last spring — then they should be aggressive in adding new talent.

Also, let’s face it: New England is trying to thread the needle between rebuilding and contending, but it still is a rebuilding — not dismantling — franchise. The Patriots are not the post-Tom Brady finished product they want to be, but they also aren’t close to being a team in need of a total reset.

You don’t invest all that money just to sell on that deadline. Plus, as long as Bill Belichick is in charge, the Patriots likely never will have “selling” in their DNA.

As for whom the Patriots could target, there currently aren’t many rumors to go off of. Indianapolis Colts running back Marlon Mack seemed like a possible fit after James White went down with an injury, but New England probably is comfortable rolling with a backfield of Damien Harris, Rhamondre Stevenson, Brandon Bolden and J.J. Taylor.

In all likelihood, it’ll be about a week before legitimate Patriots-related trade rumors start popping up. As the deadline approaches, it will be fascinating to see what kinds of players New England is connected to.

And the Patriots should be connected to multiple high-level players, as they need the help and are worth investing in. 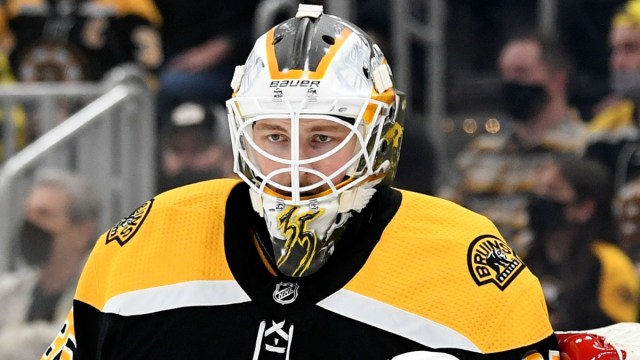