The Boston Red Sox exceeded expectations in 2021, making a run that ended two wins shy of the World Series after having just a 38.9% chance to make the playoffs before the start of the season.

But that doesn’t mean they can sit back and relax this offseason. Several key players, including Kyle Schwarber and Eduardo Rodriguez, entered free agency. Others who are still under team control have unclear roles, be it due to versatility or uncharacteristic struggles.

Suffice to say there are several areas, from the infield to the bullpen, that need to be addressed prior to spring training. Here are four of the biggest needs Boston will need to examine if it wants to be just as successful in 2022.

Find an everyday first baseman…
The Red Sox needed a first baseman at the trade deadline. Even as Schwarber, a last-second addition who had played the position for one play in his major league career, stepped up to fill the hole, it only was a temporary fix. But now that Schwarber has declined his mutual option to return to the Red Sox, it’s an immediate action item for Boston.

It’s unlikely that Schwarber — an outfielder by trade with designated-hitter potential — would accept an offer to be the everyday first baseman in Boston, so even if he comes back — which chief baseball officer Chaim Bloom and manager Alex Cora have said is a possibility — this still should be an area of focus for the Red Sox.

Bobby Dalbec, in his first complete season as a pro, had an up-and-down year offensively and finished the season hitting .240 with 25 home runs and 78 RBIs. But he especially struggled against right-handed pitchers, hitting just .212. That’s where Schwarber was so valuable in the second half of the season.

Dalbec woke up toward the end of the season, but he has yet to prove that he is a consistent offensive option. Though the Red Sox might not have to look far to find one, as No. 2-ranked prospect Triston Casas is knocking on the door after being promoted to Triple-A Worcester in late September.

Speaking to reporters in an end-of-season press conference on Sunday, Bloom acknowledged that Casas likely needs more time to develop at the Triple-A level before stepping up to The Show. And while Bloom praised Dalbec — and Schwarber — he also noted the team isn’t opposed to “adding other options to help us in the near, or in the medium term.”

Whatever the Red Sox choose to do, it’s clear that first base is a big question mark this offseason.

…And an everyday second baseman
We don’t get too far around the horn before there’s another gap: Who is the organization’s everyday second baseman? It’s a question the team has been plagued with since Dustin Pedroia stepped away and eventually retired, and it’s pretty jarring to consider this same item landed on our to-do list for the club last offseason.

Kiké Hernández was reliable there for the first part of 2021, but he moved to the outfield to fill the hole left by Schwarber’s move to first base, and his performance out there impressed Cora. So, he’s not a lock to move back to the dirt in 2022. Christian Arroyo was incredibly versatile for the Red Sox, but the bulk of his experience is at second base and his injury issues could be worrisome.

When Bloom was asked about Arroyo’s future at the end of October, he seemed to hint that the team would consider external options at second base. José Iglesias saw time on the bag toward the end of the season, but he’s also a free agent entering his age-32 season.

There are plenty of intriguing options externally, as well, headlined by Chris Taylor, a free agent who is coming off his first All-Star season with the Los Angeles Dodgers.

Figure out the bullpen
Boston’s bullpen had a number of notable departures, but even among the players who remain, it’s unclear what sort of roles they will play.

The club declined options on Garrett Richards and Martín Pérez, both of whom began the year as starters but moved to the bullpen in the second half of the season. Adam Ottavino is a free agent, as is Hansel Robles. Hirokazu Sawamura (who didn’t crack the AL Wild Card Game or AL Division Series rosters), Ryan Brasier (who missed most of 2021 for injuries and personal reasons) and Matt Barnes (who severely struggled down the stretch) are the only players under team control and not on a two-way deal.

Austin Davis and Josh Taylor were decent spot-relievers, but overall, the bullpen looks fairly weak heading into 2022. Tanner Houck shined as a starter but was excellent in relief in the postseason, so he could be useful here, though that would mean sacrificing a solid arm in a rotation that might be in need of one (more on that later).

Garrett Whitlock, who put up legitimate Rookie of the Year numbers, is the only consistent arm in the bunch, so a priority has to be getting him some help.

Set the rotation
This concern either will amount to absolutely nothing or a very big deal.

The Red Sox extended an $18.4 million qualifying offer to Rodriguez, who has until Nov. 17 to decide whether he wants to remain in Boston on a one-year deal or become a free agent. In the event he moves on, the team that signs him would have to give the Red Sox a draft pick in exchange, but that wouldn’t solve the glaring hole that would exist in Boston’s rotation.

And Rodriguez isn’t even the only uncertainty. Chris Sale’s heralded return from Tommy John surgery wasn’t all it was cracked up to be, as he was inconsistent throughout his starts and especially struggled in the postseason. If Rodriguez returns, with Nathan Eovaldi still anchoring the group, the Red Sox should be able to make do with whatever version of Sale they get on his respective night and some help from Nick Pivetta and Houck on the back end — at least for now.

But if Rodriguez declines the qualifying offer — or the multi-year deal the Red Sox reportedly also offered — they’ll need to find some help quickly, whether it comes from Connor Seabold, who made his MLB debut as COVID-19 ravaged the Red Sox over the summer, or externally. 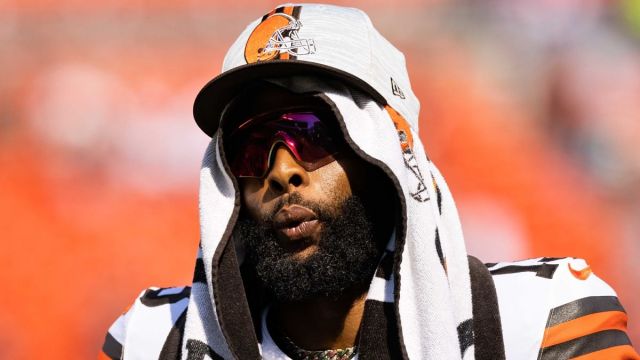 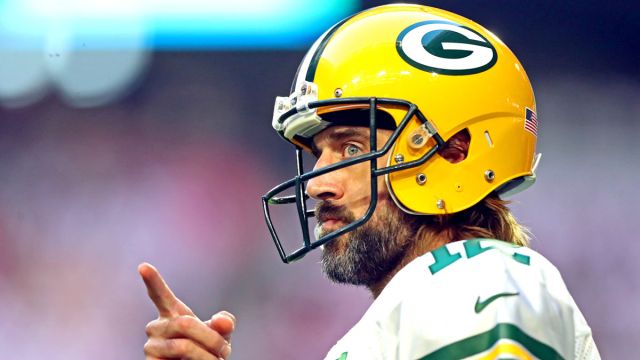 Aaron Rodgers ‘Not A Dummy,’ Joe Rogan Argues In Defense Of New Friend