Despite missing all three New England Patriots practices this week, neither Damien Harris nor Rhamondre Stevenson has been ruled out for Sunday’s matchup with the Cleveland Browns.

Harris and Stevenson are among 12 players officially listed as questionable on the Patriots’ final injury report of Week 10. Both suffered head injuries during last week’s win over the Carolina Panthers and spent the week in concussion protocol. Wide receiver/return man Gunner Olszewski did, as well, and also is listed as questionable.

Linebacker Jamie Collins is listed as doubtful after sitting out all three practices with an ankle injury.

It’s relatively rare, though not unheard of, for players to suit up after missing a full week of practice. If Harris and Stevenson both can’t go Sunday, the Patriots would be left with just two available running backs: Brandon Bolden and J.J. Taylor.

Bolden, primarily a special teamer for much of his career, replaced James White as New England’s top third-down back after White suffered a season-ending hip injury in Week 3.

Most of his contributions this season have come in the passing game — he actually owns Pro Football Focus’s third-highest receiving grade among running backs, trailing only Cordarrelle Patterson and Christian McCaffrey — but he’s coming off his best rushing performance in years, finishing with 54 yards on eight carries (6.8 per) in a comfortable win over the Panthers.

“Like Bill (Belichick) always says, ‘The more you can do,'” Bolden said Friday in a video conference. “Whatever the situation calls for, you’ve gotta step up and be there. That’s pretty much what I’m doing. That?s how I’m going about it, and I wish the best for those guys.”

Taylor has been a healthy scratch for five of New England’s seven games this season, sitting when Stevenson is active and vice versa. The second-year pro is averaging just 2.0 yards per carry but scored two short-yardage touchdowns in his most recent appearance, a Week 7 rout of the New York Jets.

Taylor, who is listed as six inches shorter (5-foot-6) and 61 pounds lighter (185) than Stevenson on the Patriots’ official roster, also ran well during the preseason, leading the NFL in yards per carry (7.8) and ranking second behind Stevenson in rushing yards over expected.

The Patriots chose not to add any extra running backs to their roster or practice squad this week. Smith, who’s taken several handoffs this season, could provide emergency depth at that spot, as receiver/kick returner Cordarrelle Patterson did for New England in 2018.

That’s assuming the tight end is active. He was limited in practice all week with a shoulder injury and was scratched from Friday’s media schedule, putting his status for Sunday in question.

It’s unclear whether the Patriots plan to activate either offensive tackle Trent Brown or outside linebacker Chase Winovich from injured reserve. Both are eligible to play against Cleveland after returning to practice this week.

The Browns removed star edge rusher Myles Garrett (foot) and several other defensive starters from their injury report Friday. They’ll be shorthanded at running back, however, as Nick Chubb (COVID list), Kareem Hunt (injured reserve), Demetric Felton (COVID list) and John Kelly (COVID list) all have been ruled out.

Kickoff on Sunday is set for 1 p.m. ET at Gillette Stadium. 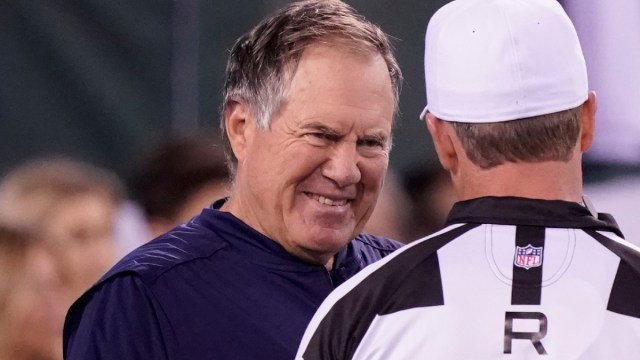 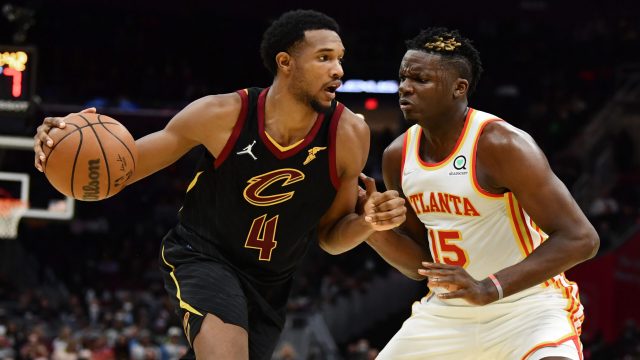