Mailbag time. Here are the best of your New England Patriots questions from the second week of NFL free agency:

@NEPinsider
Is a Stephon Gilmore union an actual thing that can happen? If Belichick is able to mend his relationship with Butler, he sure can repair the lack of trust Gilmore had at the end of his time here, right?
Is a Gilmore reunion likely? No. I can’t imagine he’s itching to be back in New England after his messy exit last season, during which the typically soft-spoken cornerback openly criticized the way Bill Belichick and his staff handled his injury rehab.

That said, Malcolm Butler’s stunning return to Foxboro is further proof that you should never say never with Belichick and the Patriots. If he and Butler can reconcile after what happened in Super Bowl LII, nothing is off the table.

It does seem like Gilmore’s market hasn’t materialized the way he was hoping, as he remains unsigned more than a week into free agency. The 31-year-old (32 in September) is past his Defensive Player of the Year prime, but he’s still a formidable cover man with a long track record of success in New England’s defense. He’d immediately become the Patriots’ best cornerback, adding a legit star to a position group that currently lacks both top-end talent and depth.

At least one Patriots defensive back is advocating for a Gilmore reunion:

Personally, from a reporter’s perspective, having both Butler and Gilmore back would create some truly fascinating storylines, so I’m all for it.

@PoulinNick
How confident are you in Malcolm Butler to produce at least at a level close to what he was in his last season playing?
I honestly have no idea what to expect from Butler this season. He was solid in his final year with Tennessee in 2020, tallying 111 tackles, four interceptions and 14 passes defended and finishing as Pro Football Focus’s 15th-best cornerback. If the Patriots get that Butler, he’ll be a clear starter and a big boost to their depleted secondary, though still a substantial step down from J.C. Jackson.

But Butler’s 32 years old, and he hasn’t played a meaningful football game in over a year, abruptly retiring for personal reasons just before the 2021 season began. We’re still waiting on the details of his two-year, up-to-$9 million contract, but it’s likely low on guarantees and heavy on incentives.

As it currently stands, I’d view Butler as the favorite to start at one outside cornerback spot, but he’ll have competition from veteran newcomer Terrance Mitchell (29 starts over the past two seasons) and any potential draft picks New England adds next month. The Patriots also could start both Butler and Mitchell or a draftee and shift 2021 starter Jalen Mills into a multipositional role.

@Dutch35342151
Why are people sleeping on Jonathan Jones – defense definitely took a big hit when he went down last year and has traditionally done well covering Tyreek Hill. Why are we conveniently forgetting he exists?
I think plenty of people quickly pointed to Jones as a key in the Patriots’ forthcoming efforts to defend the newest member of the Miami Dolphins twice each season. Jones is a very good slot corner when healthy, and he’s probably the fastest player on New England’s roster — a necessary attribute when you’re matching up against Hill.

The bigger issue when debating how the Patriots will defend Hill and the Dolphins is New England’s shallowness and lack of overall speed at the cornerback position. You can stick Jones on Hill with safety help, sure, but who covers Jaylen Waddle, another slot burner with 4.37 speed? Nearly every other member of the Patriots’ cornerback room ran in the 4.6s (Butler, Mitchell, Myles Bryant and Joejuan Willams).

I’m very interested to see what additional moves New England makes to shore up this group before the season. I’ve had them taking corners in the first and fourth rounds in each of my first two mock drafts.

@FrogmansWorld
Who you think Belichick adds before draft? Best guess.
I still think bringing back Trey Flowers made a lot of sense. He’s yet to land with a new team since the Lions released him last week. More on why in here:

@ChefdDds89
Where do they go from here at LG?
I think a veteran addition is probably the most likely path for replacing Ted Karras. Ryan Bates, who visited the Patriots last week, would have fit that mold, but he signed an offer sheet with the Chicago Bears. I wouldn’t be surprised to see New England scoop up one of the remaining interior O-linemen while also drafting one in the middle rounds.

The Patriots have been willing to start rookies up front, too. Joe Thuney (third round, 2016) was a starter at left guard from his first spring practice. The year prior, Shaq Mason (fourth round, 2015) started 10 games as a first-year pro. Mike Onwenu (sixth round, 2020), the projected replacement for Mason at right guard, played every snap over the final 14 weeks of his rookie season.

So, while it’s unclear how they’re planning to proceed at the position, the odds of New England finding an immediate O-line starter in this year’s draft are reasonably high.

@Taghkanic
James White? Gonna be huge on 3rd down (blocking, pass-catching, making things easier for the other receivers)? Or will he be a shell of himself?
We’ll have to wait and see. The Patriots re-signed White, so they clearly believe he still could be an impact player, but it’s also impossible to predict where he’ll be at physically after season-ending hip surgery that essentially confined him to bed for months. His new contract only includes $500,000 guaranteed, meaning New England won’t feel financially compelled to keep him if he simply doesn’t have it anymore post-injury.

But if White can be anywhere close to the player he was early last season, he’ll be a major asset for Mac Jones and this Patriots offense.

@Lion_Hearted88_
Are the Patriots looking into Laviska Shenault?
I haven’t seen it reported anywhere that the Jaguars are definitively looking to move Shenault, but if they’re open to trading the 2020 second-round draft pick, he’d definitely be worth a look for the Patriots.

The Colorado product has a ton of versatility as a pass-catcher and ball-carrier, with Belichick once comparing him to Cordarrelle Patterson. He’s also just 23 years old and is on a cheap rookie contract. Shenault hasn’t been overly prolific at the NFL level, but he’s also played in two dreadful Jacksonville offenses. The Patriots could find some creative ways to get him involved.

More on a potential Shenault fit in here:

@carl_krietzberg
Who would win in an all-out brawl between the coaching staffs of the Patriots & Jets? The people need to know.
I don’t know the Jets’ coaching staff well enough to make a confident ruling, but I will say I wouldn’t want to mess with head coach Robert Saleh. He looks like he can scrap. 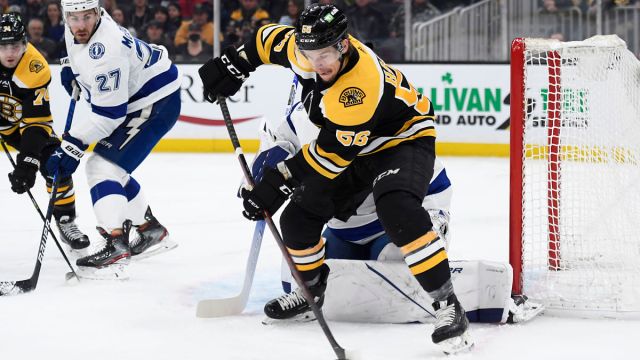 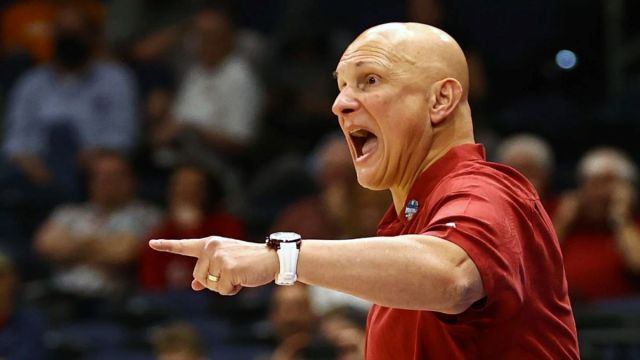