It was an offensive showcase in the series opener, but the Baltimore Orioles bats were better to take a 15-10 win over the Boston Red Sox on Friday at Camden Yards. The two teams combined for 37 hits — the Red Sox had 19 of them — while the Orioles belted five home runs.

With their second straight loss, the Red Sox fall to 59-61 while the Orioles improve to 62-57.

ONE BIG TAKEAWAY
After some lackluster offensive performances against the Pittsburgh Pirates, the Red Sox offense came alive in a big way versus the Orioles, but it still wasn’t enough.

Boston pitching had no answer for Baltimore, and the biggest difference of the game came in the fifth inning, one frame after Alex Cora and Xander Bogaerts were both ejected.

The Red Sox showed tremendous fight to trim a 10-4 deficit down to a single run in the top of the fifth. It felt like the Red Sox were rallying around each other with Cora and Bogaerts having to take in the rest of the contest from the locker room.

But then the Red Sox gave everything right back, allowing the Orioles to score five runs in the bottom of the fifth to create separation once again. Boston desperately needed a shutdown inning there and didn’t come close to getting it. That’s certainly deflating.

STARS OF THE GAME
— Anthony Santander helped power the Orioles offense. Baltimore’s designated hitter went 3-for-5 with four RBIs, including smacking a two-run home run in the third inning.

— Tommy Pham was having quite the performance before exiting due to injury. The 34-year-old outfielder went 2-for-4 with three RBIs, courtesy of a bases-clearing double as part of a five-run top of the fifth.

— Rob Refsnyder filled in at the designated hitter spot for the struggling J.D. Martinez and got on base four times. Refsnyder went 3-for-4 with two doubles and a walk while also driving in a run.

WAGER WATCH
DraftKings Sportsbook set the odds of Alex Verdugo collecting an RBI at +190. Verdugo, who stayed hot at the plate by going 3-for-5, cashed that ticket in the top of the fifth with an RBI single. A $100 would have paid out a total of $290.

ON DECK AT NESN
The Red Sox continue their three-game series with the Orioles on Saturday. First pitch from Camden Yards is scheduled for 4:05 p.m. ET, and you can catch the game, plus an hour of postgame coverage, with NESN 360. 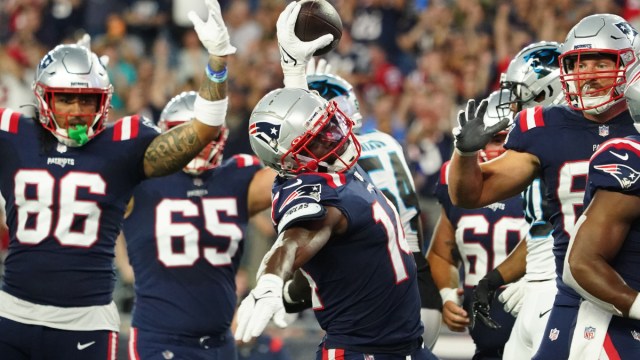 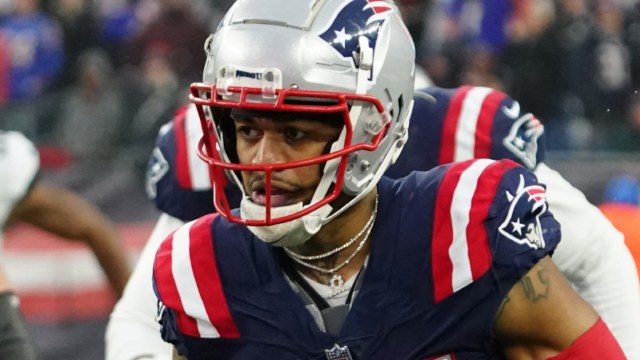