New York Jets quarterback Zach Wilson has had a rough few weeks, and his head coach didn?t make things easier on him.

The Jets bounced back from a pair of ugly losses to the New England Patriots with a huge win Sunday, defeating the Chicago Bears, 31-10, at MetLife Stadium. They did so behind the arm of Mike White, who was named starter by Robert Saleh after a tumultuous week by Wilson, both on and off the field.

In the two losses to New England, Wilson completed only 46% of his passes for 432 yards, two touchdowns and three interceptions. Those numbers aren’t good, but the biggest issue with Wilson was the way he handled the entire situation with the media. New York’s offense only scored three points in the second loss, a 10-3 affair void of competent offense from either side. In fact, it had only two yards in the entire second half. Naturally, Wilson would be asked if he felt he let down the defense with his effort, but he defiantly disagreed and ultimately made his teammates look and feel terrible.

From that point, Saleh had no choice but to pull Wilson back and go in another direction. A direction that went well for New York.

White came in and looked like a star for the Jets, going 22-of-28 for 315 yards and three touchdowns in the win. It was a historic affair, in which Saleh took an opportunity to send a ricochet shot in the direction of Wilson.

“He did a great job,” Saleh told reporters following the game, per team-provided video. “He didn’t need to be anybody but Mike White. We didn’t need to turn into the greatest show on turf, we just needed — wanted him to play within himself and play efficiently and I though he did.

“He made easy look easy. I though he did a really good job of that.”

Did Saleh bring up the name of his previous starter? No. But he took what many believed to be the biggest flaw of his young gunslinger and spun it into a positive for the new starter. That’s something that spoke volumes, whether he intended for it to or not.

The assumption is the Jets will continue to roll with White as they prepare to take on the Minnesota Vikings in Week 13. It’s also safe to assume Wilson will continue to get clowned by any and everybody in the coming weeks. 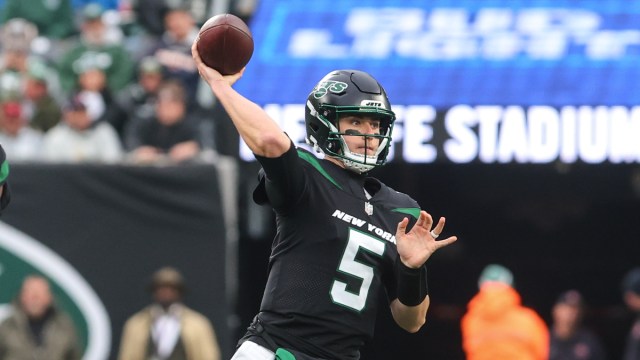 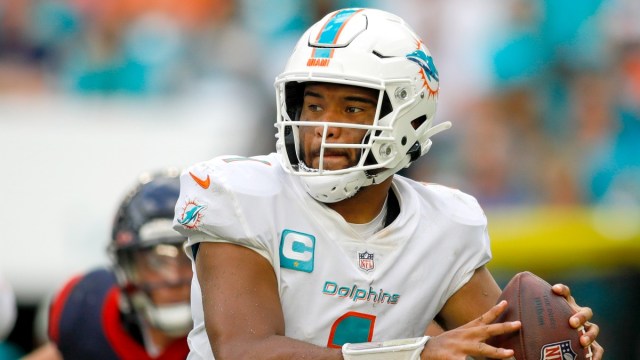