In today’s increasingly politically correct culture, trash talking in sports sometimes is frowned upon. But the fact remains, few things in sports are as entertaining as a guy who won’t stop flapping his gums.

Conor McGregor and Draymond Green are two guys who obviously don’t have much in common. One thing they share, though, is the ability to trash talk — relentlessly. Thanks to a simple misunderstanding, these two loud-mouthed athletes got into a hilarious war of words over the weekend.

And that got us thinking.

Green and McGregor perhaps are the best trash talkers in their respective professions, but how do they stack up against the rest of the sporting world? Here are our picks for the athletes who currently are spitting the best game (Warning: some of the following videos contain language that’s NSFW):

Often overshadowed in his own sport by the likes of McGregor, Diaz really is the superior trash talker. The beauty lies not just in the subtle hilarity of his sound bites, but also in the fact they show he genuinely doesn’t care what anyone thinks about him.

Many people have grown tired of Sherman’s act, but we hope he keeps on talking that smack. His infamous dismantling of Michael Crabtree is the moment everyone remembers, but Sherman routinely is one of the NFL’s most loud-mouthed personalities. And, most importantly, he usually backs up what he’s saying.

McGregor can go a little over the top at times, but his pre-fight verbal assaults always are on-point. His recent world tour with Floyd Mayweather Jr. offered further proof that “The Notorious” is one of the best trash talkers around.

Talib is widely regarded as one of the best cornerbacks in the NFL, and with good reason. But he’s known for his fiery trash talk, which is frequently hilarious and unfiltered.

This guy frequently looks more petulant than talented, but he has had some incredible trash-talking moments. He’s the hero Tennis needs, but not the one it deserves.

A classic example of a guy you hate from a far but would love if he was on your team, Green unquestionably is the NBA’s preeminent trash talker right now. Sure, some times he makes very little sense, but when he does, it’s usually hilarious.

Subban’s trash talk is the kind that gets under your skin, rather than entertains you. He frequently delivers his lines with a wry smile that’s genuinely infuriating, both to fans and to players alike.

He’s mellowed out a bit in recent years, but in his prime, Pedroia was considered one of the top trash talkers in all of baseball. Perpetually out to prove people wrong, Pedroia still has a mouth that rarely stops.

People love to hate Mayweather, which generally is understandable. But there’s no denying he knows how to trash talk. The worst part about Mayweather’s vitriol is that you never can argue with it; the guy’s undefeated and unfathomably rich.

Another guy who more than backs up his trash talk, Westbrook’s loud-mouthed ways rose to new heights this year, thanks to Kevin Durant’s departure from Oklahoma City. The fiery point guard is one of the rare examples of a loud-mouthed athlete who’s almost universally loved.

This guy probably doesn’t deserve to ever talk trash again, but we’re glad he does. His perfectly animated comparison of Terrelle Pryor to a garbage bin has to be his signature moment.

Harper talks a big game, but he really backs it up. Sure, he often looks entitled and condescending, but on some level, you have to respect him.

Another guy who dangerously straddles the line between petulant and entertaining, Busch easily is NASCAR’s most animated personality right now. His trash talk really knows no boundaries, as the Joe Gibbs Racing driver is equally likely to call out fans, drivers, media and even his own crew members.

Like most NHL players, Ovechkin is criminally underrated as a trash talker. One of the best pure scorers in NHL history, “Ovie” also is one of the league’s most subtly hilarious personalities.

These guys might rub some the wrong way, but the NFL really needs more personalities like them. Trash talk is at its best when it’s both funny and creative, and the Bennett Brothers really have mastered their craft.

Since he emerged as one of NFL’s elite corners, Norman has proven to be one of the most chatty players on the field. He’s probably not quite as good as he thinks he is, but that hasn’t stopped him from talking trash like there’s no tomorrow.

This guy’s come out of nowhere. Embiid seemed relatively reserved during his rookie season with the 76ers, but he’s let his mouth run wild during the offseason. We expect big things from him next season.

For whatever reason, Boston seems to be a breeding ground for small guys who love to talk trash (Julian Edelman didn’t make this list, but he easily could’ve). Marchand is the perfect embodiment of this, as he’s easily one of the most despised players in the NHL. Sure, he probably should clean up his game a little bit, but we hope his mouth never stops running. 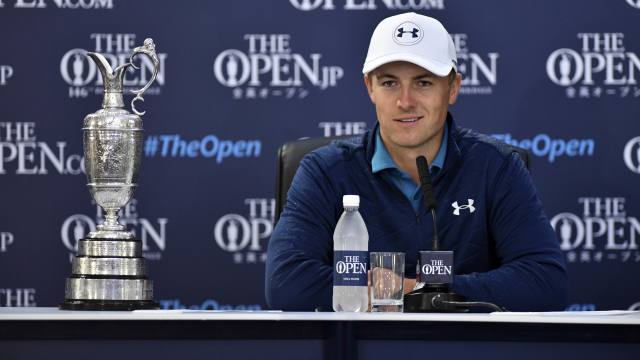 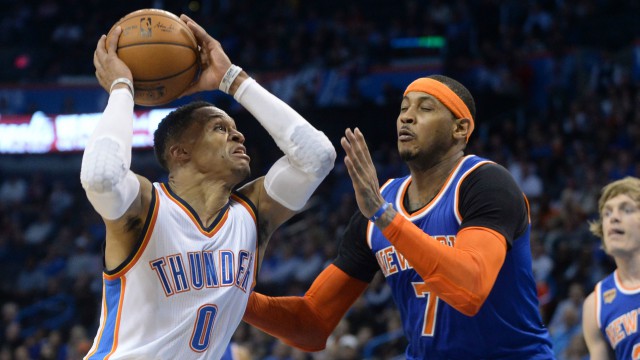 NBA Rumors: Carmelo Anthony, Thunder ‘Circling Each Other’ Over Trade