Michael Brantley To Red Sox? The Case For, Against Underrated Free Agent - NESN.com Skip to content

The Houston Astros’ outfield might look much different in 2021.

Not only is George Springer a free agent after spending his first seven seasons in Houston. Michael Brantley also is available on the open market, having just wrapped up a two-year, $32 million contract he signed with the Astros before the 2019 campaign.

Brantley, who spent 10 seasons with the Cleveland Indians before landing in Houston, won’t generate the same buzz as Springer, a longtime face of the Astros. But he, too, is a perennial All-Star and could add significant value to whichever team signs him this offseason.

Let’s dive into the free agency case for Brantley, focusing on why the Red Sox are or aren’t a fit for the underrated left fielder.

Why Brantley makes sense for Red Sox:
Brantley is an older, cheaper, left-handed-hitting alternative to the top outfield options available in free agency — Springer and Marcell Ozuna — and that overall package ultimately might be more conducive to Boston’s offseason strategy if Jackie Bradley Jr. leaves in free agency.

MLB Trade Rumors predicts Springer, 31, will sign a five-year, $125 million contract ($25 million AAV) and Ozuna, 30, will land a four-year, $72 million deal ($18 million AAV). Meanwhile, its projection for Brantley is a much more modest two-year, $28 million pact ($14 million AAV), which the Red Sox could find palatable at a time when they have financial flexibility plus a desire to be competitive without sacrificing their long-term goal of building a sustainable contender.

Former Red Sox general manager Ben Cherington opted to sign a slew of veteran free agents — Shane Victorino, Mike Napoli, etc. — to short-term contracts before the 2013 season, with the idea being they’d bridge the gap to the next great Boston team without necessarily burdening the payroll. (The Red Sox subsequently won the World Series in 2013.) Chief baseball officer Chaim Bloom theoretically could take a similar approach this offseason, on the heels of a last-place finish in the American League East, in which case Brantley is an intriguing option.

Of course, this would be predicated on the Red Sox feeling comfortable with the combination of Alex Verdugo and Andrew Benintendi patrolling center field and right field, while Brantley takes over in left field and J.D. Martinez resumes his primary duties as the team’s designated hitter.

They’d obviously be sacrificing defense for offense in such a scenario, and one could argue whether Boston would want to add another left-handed slugger to a lineup that already features three left-swinging regulars in Verdugo, Benintendi and Rafael Devers. But Brantley is a very productive, savvy veteran who doesn’t strike out, hits for average, gets on base at a steady clip and provides some pop.

Signing Brantley also wouldn’t require the Red Sox to relinquish a draft pick and international bonus pool money — as is the case with Springer — because the Astros didn’t extend him a qualifying offer.

Why Brantley doesn’t make sense for Red Sox:
Bloom didn’t rule out targeting corner outfielders this offseason, but it sure sounds like he’d prefer to add someone capable of playing center field, well aware it’s advantageous at Fenway Park. And Brantley, who hasn’t played center field since 2015, simply doesn’t check that box.

It’s also possible the Red Sox will choose one of two extremes — making a significant splash for a player like Springer/Ozuna or shopping in the clearance section — and Brantley basically falls in the middle.

Boston needs to determine its expected timeline for a return to contention and how to best navigate toward that end goal. It’s unlikely the Red Sox would view Brantley, who’s entering his age-34 season, as a core player moving forward, but he’s absolutely still capable of making an impact over the next couple of years.

The other obvious drawback: He doesn’t pitch. And the Red Sox desperately need help from the mound, whereas their offense remains in decent shape.

Verdict: Probably not a fit.

Prediction: Brantley re-signs with the Astros. 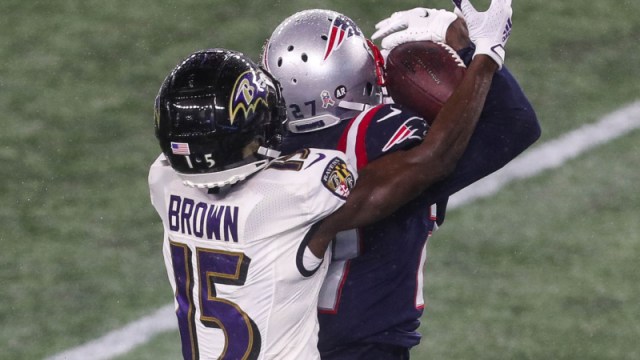 How J.C. Jackson Made Patriots History As Interception Streak Grows 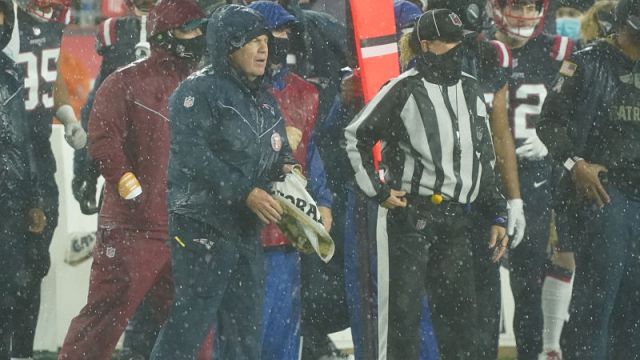 Everyone Made Same Joke As Patriots Sealed Upset Win Over Ravens