The New York Jets have enjoyed very little success with Sam Darnold as their quarterback and Adam Gase as their head coach, but Bill Belichick had high praise for both Wednesday.

Ahead of the New England Patriots’ Week 17 matchup with the Jets, Belichick complimented Darnold’s athleticism, field vision and “ability to make all the throws,” saying the 2018 third overall draft pick has “shown the ability to do everything.”

“I don?t think there?s any shortage of talent there and playmaking ability,” the Patriots coach said in a video conference. “He?s a good prospect, and he?s being well-coached. I know he?s getting good coaching and has a good system that works through the quarterback.

“Adam?s always had an offensive system that really gave the quarterbacks all the opportunities to have tools that they need to be successful, so I don?t think you could have anybody better coaching (Darnold) than where he?s at. He?s progressing as you expect he would.”

Belichick praising an opponent isn’t exactly headline news, but his comments on Darnold and especially Gase were notable given the speculation linking both to the Patriots.

Darnold is more of a long shot since it’s unlikely the Jets would trade their starting quarterback to their oldest rival and risk watching him flourish in Foxboro. New York losing out on the No. 1 overall pick and Trevor Lawrence also increased the chances of Darnold staying put, even if the Jets do draft a QB in the first round.

This has been a miserable season for Darnold, who ranks 34th in completion percentage (58.8 percent), 27th in interception rate (2.7 percent) and last in both yards per attempt (5.9) and passer rating (72.3) among qualified quarterbacks. He’s still just 23, though, and would be an intriguing reclamation project for a QB-needy team like New England.

Gase is a realistic option for the Patriots as they look to replace quarterbacks coach Jedd Fisch (and potentially Josh McDaniels if the offensive coordinator lands a head-coaching job).

Gase, who reportedly will be fired after Sunday’s game, has worked under McDaniels and Nick Saban and has a good relationship with Bill Belichick, who called Gase to ask about his future plans after the Miami Dolphins canned him in 2018.

?After I left Miami, he called me and we had a discussion about that ending and seeing what I was going to do moving forward,? Gase said before the first Pats-Jets matchup in Week 9. ?That was kind of the starting point there. We just had a conversation to kind of just see what my next steps were going to be.

“I was very appreciative. Not ever having a conversation (with Belichick) except for after games, which were usually short when I was in Miami, to be able to have a conversation with him and kind of hear his experiences and how to go about things moving forward, he didn?t have to go out of his way to do that. I thought that was somebody that was great for me to hear from.”

The admiration is mutual.

?I have a lot of respect for Adam,” Belichick said Wednesday. “I think he?s a very good coach. He?s always been tough to coach against. He?s always made things difficult on our defense. He goes back to Josh in Denver, so we?ve known each other for a while through a mutual connection there.

New York started this season 0-13 but has won each of its last two games and nearly beat New England in November, losing 30-27 on a last-second 51-yard field goal by Nick Folk. 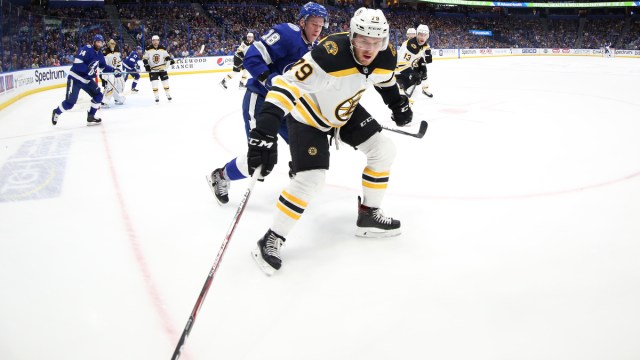