Could Jimmy Garoppolo actually be headed back to the New England Patriots?

It certainly seems the San Francisco quarterback could be on the move seeing how the 49ers have made it very clear they will be selecting a signal-caller (likely Mac Jones or Trey Lance) with their No. 3 overall pick in Thursday’s NFL draft.

And while Garoppolo presents a good option for any team needing a starting caliber quarterback, like the New England Patriots, the 29-year-old does present a bit of a hiccup given his contract. Garoppolo is under team control for two years, through the 2022 season, and has cap hits of $26 and $27 million, respectively.

One would assume perhaps that means a team wanting to trade for Garoppolo would like to rework his deal. Well, that was reported to be taking place Wednesday, according to NESN analyst Dale Arnold.

“What I’ve been told, by a reliable source — @Patriots are working on a new contract for Jimmy G that could lead to a deal with @49ers,” Arnold tweeted. “Same source who correctly told me Tom Brady had signed with @Buccaneers. Doesn’t mean it will get done, but they’re working on it.”

It was, however, met with a conflicting report from The Athletic’s Jeff Howe.

“Nothing happening between the Patriots and Jimmy Garoppolo at this time, according to two sources,” Howe tweeted.

Of course, the Garoppolo-to-Patriots rumors are nothing ground breaking.

ESPN’s Adam Schefter went on record Wednesday morning saying it was “New England or no one” in the Garoppolo sweepstakes. CBS Sports NFL insider Jason La Canfora had reported the 49ers would make “a major effort” to move Garoppolo before or during the draft, too.

Perhaps the beginning of the 2021 NFL Draft on Thursday will bring us a resolution? 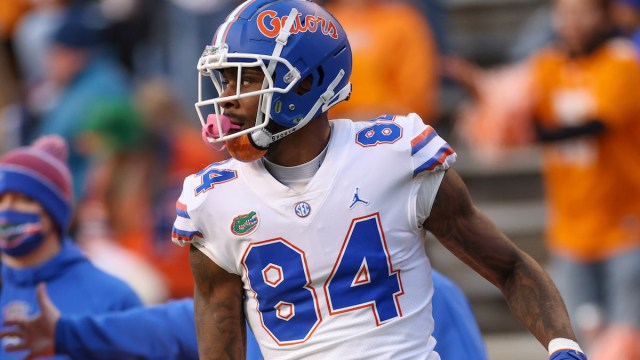 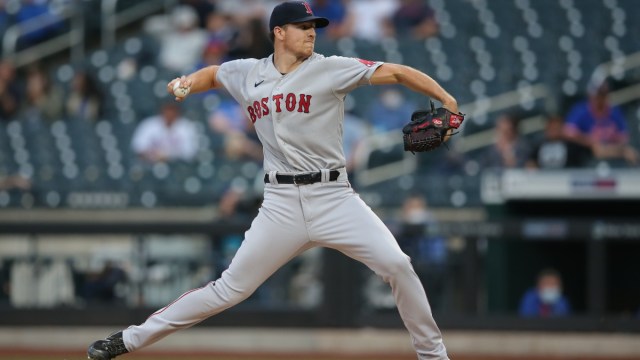