Even if he stinks in the playoffs, the Philadelphia 76ers think Ben Simmons is a star. So, if they’re going to trade him, it appears they want a package that reflects that.

And the one seemingly known offer was not to their liking.

After melting down this postseason in the 76ers’ embarrassing exit at the hands of the Atlanta Hawks, it appears the 76ers will listen on Simmons — or pretty much everyone not named Joel Embiid. Simmons, for all his shortcomings, probably would get the biggest haul of any of Philly’s players.

And according to Bleacher Report’s Jason Dumas, the one offer they got was Simmons to the Indiana Pacers for Malcolm Brogdon and a first-round pick.

“The Sixers have already fielded offers for Ben Simmons but continue to hold a stance that they will only trade him for an all-star caliber player,” Dumas tweeted Friday. “They most recently turned down a deal with the Pacers that included Malcolm Brogdon and a 1st round pick.”

When each is at their best, Simmons is a better player than Brogdon, hence the first-round pick going the other way. That said, Brogdon still is more than a fine player, and who knows what kind of market will materialize for Simmons. It’s quite possible that ends up being the best offer they get.

The 76ers were reluctant to include Simmons in any James Harden trade proposals, so that tells you all you need to know about how much they value him. If that hasn’t changed at all in the last few months, then it seems more likely than not Philadelphia will be left with basically no suitors and will have Simmons on the roster next season. 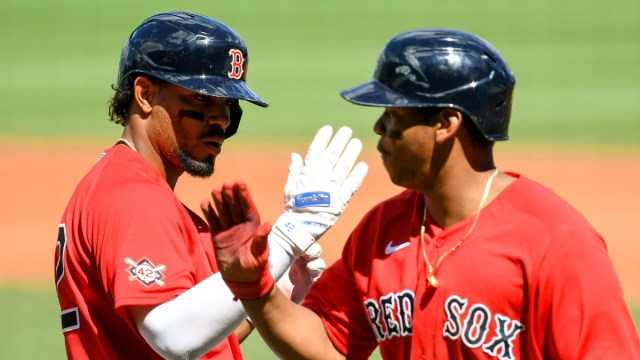 Here’s When Christian Arroyo Is Expected To Rejoin Red Sox