Patriots head coach Bill Belichick has found himself the subject of some Monday morning quarterbacking after New England’s Week 4 loss to the Tampa Bay Buccaneers.

Belichick opted to send kicker Nick Folk out for a 56-yarder, which would have given the Patriots a one-point lead with under a minute left in regulation, rather than let quarterback Mac Jones try to convert a fourth-and-three from the Tampa Bay 37 yard line.

Folk struck the ball well, especially considering the wet conditions, but it sounded off the left upright and the Buccaneers were able to pull out the 19-17 win at Gillette Stadium after three consecutive kneel downs.

Belichick said he didn’t think about keeping his offense on the field for that fourth-down conversion when asked after Sunday’s game. He defended his decision again Monday by citing the Patriots’ in-efficiencies on third-down.

Buccaneers head coach Bruce Arians believed the right decision was made, too.

“No, not at all,” Arians said Monday when asked if he was surprised of the decision, per the team. “I saw that kid (Folk) make that thing from 60 (yards) in harder rain in warm ups, and that was in the back of the net. So it was like, I thought it was a perfect call for him.”

Folk, of note, recently set the franchise record for most consecutive field goals made. He made a 27-yarder earlier in the game, as well.

The Patriots fell to 1-3 with the loss while the Buccaneers improved to 3-1. It proved to be was a historic night for the NFL, not only because Tom Brady set the all-time passing yards record, but also because the TV ratings depicted it was the most-watched game since 2012. 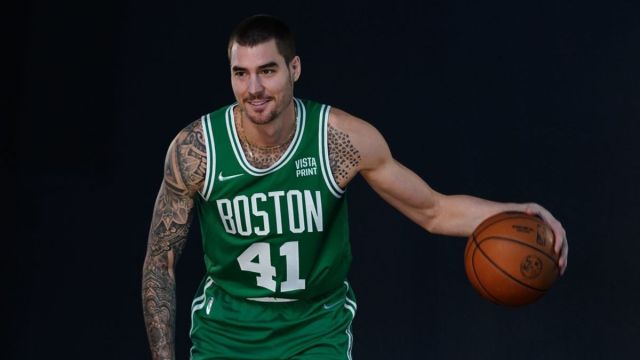