Breaking down snap counts and play percentages from the New England Patriots’ 27-24 win over the Los Angeles Chargers on Sunday:

— For the first time this season, we saw a shakeup in the Patriots’ wide receiver depth chart.

No. 3 receiver Kendrick Bourne was benched for much of the second half after losing a fumble early in the third quarter. He returned to the field for a two-point conversion but otherwise remained on the sideline after his ball-security slip-up. As a result, N’Keal Harry saw a larger overall workload, playing 27 offensive snaps to Bourne’s 23.

Harry had another relatively quiet statistical outing but picked up two first downs with a pair of 15-yard receptions, including one on the Patriots’ final drive. The much-maligned first-round draft pick also pulled down a highlight-reel grab in last week’s rout of the New York Jets that caught the attention of head coach Bill Belichick.

Bourne, who’s been one of New England’s top pass-catchers this season, finished with four catches for 38 yards. The fumble was his first of the year, but he narrowly avoided another back in Week 2, with officials ruling that his forward progress had been stopped.

We’ll see whether Bourne is back in his usual WR3 role when the Patriots visit the Carolina Panthers on Sunday. Jakobi Meyers and Nelson Agholor ranked 1-2 in wideout snaps for the eighth consecutive week.

— Damien Harris’ 41 snaps were a new season high for New England’s lead back, who rushed for 80 yards and touchdown on 23 carries. Rhamondre Stevenson played a minor role but was heavily involved when he was on the field, receiving a handoff or a target on 10 of his 12 offensive snaps.

— Fullback Jakob Johnson has played at least 25% of offensive snaps in each of the last five games. The German lead blocker — who was sporting bright red dreadlocks Sunday after losing a bet to Harris — received multiple shoutouts on the CBS broadcast.

— Justin Herron replaced Isaiah Wynn for one drive at left tackle and was flagged for holding, wiping out a Harris touchdown. Wynn also was penalized for holding after he returned to the game.

— Nearly even split between tight ends Hunter Henry and Jonnu Smith, 50 snaps to 49. Smith did not appear limited after being knocked out of last week’s game with a shoulder injury, but he caught just two passes on two targets for 13 yards. Ex-Charger Henry finished with one catch on three targets for 33 yards (plus an onside kick recovery) in his return to LA.

— Center David Andrews is the only Patriots player — offense or defense — to play 100 percent of snaps through eight games.

— Safety Devin McCourty was back to being an every-down player after missing the second half of last week’s game with an abdomen injury. The 34-year-old has gone wire-to-wire in six of the Patriots’ eight games this season.

— Rookie Christian Barmore again paced all D-linemen in playing time and was consistently productive, tallying a half-sack, three pressures and two drawn holds. Considered this year’s premier D-tackle prospect pre-draft, the second-rounder has lived up to the hype thus far.

— Outside linebacker Matthew Judon demolished backup tackle Storm Norton, tallying 1 1/2 sacks and generating pressure on 10 of his 33 pass-rush snaps, per Pro Football Focus. Judon’s 10 pressures were the most by a Patriots defender since Chandler Jones had 11 against the Indianapolis Colts in 2015.

— With Jonathan Jones out for the season, Myles Bryant continued to serve as New England’s top slot cornerback, playing 63% of snaps. Bryant landed a quarterback hit on Justin Herbert to force an incompletion and later broke up a pass to Keenan Allen on third down. He’s shown a knack for play-making since his practice squad call-up.

— Belichick hinted at a larger role for Jamie Collins last week, but that didn’t materialize against the Chargers. The veteran linebacker played just seven defensive snaps (12%) after logging 17 in Week 6 and 16 in Week 7. 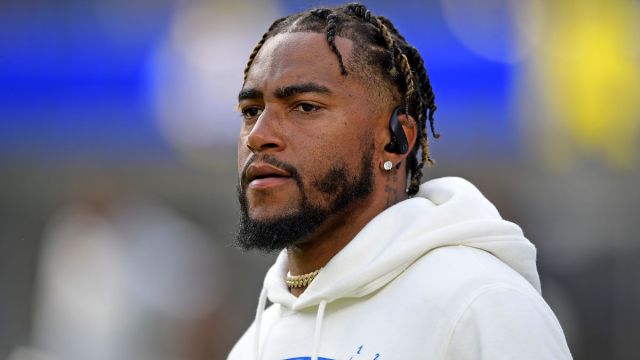 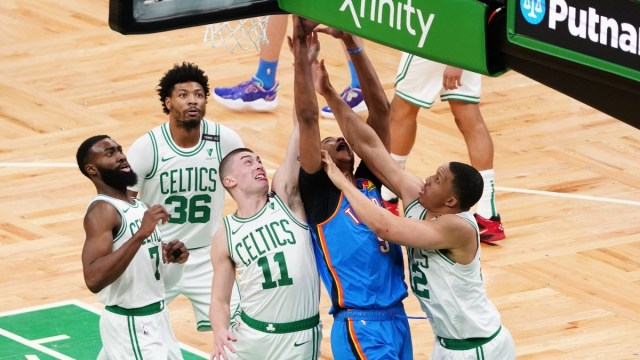