It’s hard not to wonder whether the Boston Red Sox have anything else up their sleeve this offseason.

They already signed a trio of starting pitchers — James Paxton, Michael Wacha and Rich Hill — and traded Hunter Renfroe to the Milwaukee Brewers in a deal that brought Jackie Bradley Jr. back to Boston. But the door remains open for additional moves before Opening Day 2022, especially since the Red Sox’s current roster allows them to be flexible in their search for upgrades.

In fact, while the Red Sox tweaked their outfield with the Renfroe-Bradley trade, a surprising swap that theoretically could shift Kiké Hernández to second base on a more consistent basis, it’s entirely possible Boston chief baseball officer Chaim Bloom isn’t done addressing that area.

As it stands, Jarren Duran and Alex Verdugo could flank Bradley on the grass, with Hernández moving to the keystone. Or, as Bloom acknowledged, the Red Sox could deploy both Bradley and Hernández in the outfield at the same time, with one presumably playing center field while the other mans right field. That seemingly would lead to extra playing time at second base for someone like Christian Arroyo.

Whatever the case, the Red Sox have options. And they could have even more — or different — options by the time spring training rolls around, especially if they dip back into the outfield market. After all, Duran remains relatively unproven, and the ability to plug either Bradley or Hernández into center field means Boston can explore a wide range of free agent and trade scenarios.

So, what are some of the possibilities? Let’s evaluate five options for strengthening the Red Sox’s outfield, keeping in mind this exercise deals entirely with hypotheticals.

Option 1: Bring back Kyle Schwarber
Schwarber was an imperfect fit last season when the Red Sox acquired him from the Washington Nationals at the Major League Baseball trade deadline, as Boston didn’t need a designated hitter or a left fielder, with J.D. Martinez and Verdugo holding down those respective roles. Yet, Schwarber eventually proved a perfect fit from an offensive standpoint, lengthening Boston’s lineup with an advanced approach that undeniably rubbed off on some of his new teammates.

With Renfroe gone, the Red Sox could sign Schwarber to play left field — with Verdugo moving to right field — before ultimately making him the DH whenever Martinez departs. They simply must determine whether he’s worth the price tag — he’s reportedly seeking a three-year, $60 million contract — and whether they’d be too left-handed heavy after reinserting him into the mix.

Option 2: Roll the dice on Seiya Suzuki
Suzuki (turns 28 in August) is younger than Schwarber (turns 29 in March). He’s also a right-handed hitter — which the Red Sox might prefer after swapping Renfroe (a righty) for Bradley (a lefty) — and by all accounts a far better defensive outfielder, capable of playing right field in Boston.

There’s obviously inherent risk involved with signing an international free agent with no major league experience, and Boston therefore must determine whether Suzuki’s upside is a worthwhile gamble. MLB Trade Rumors predicted at the beginning of the offseason the Japanese star would land a five-year, $55 million contract — which would be about a $65 million total investment when factoring in the posting fee.

Option 3: Splurge for Kris Bryant
There hasn’t been much, if anything, linking the Red Sox to Bryant this offseason. And one certainly could find fault with breaking the bank for a player who recently has failed to make good on the very lofty expectations that followed his early-career breakout (2015-17). But he’s a right-handed power bat with solid on-base numbers, an enticing profile if Boston looks for extra offensive oomph.

Bryant played mostly third base during his six-plus seasons with the Chicago Cubs, but he also has ample experience in the outfield and can play first base. We know Bloom values versatility, and Bryant, who turns 30 in January, blends that with an All-Star ceiling.

Option 4: Sign Carlos Correa or Trevor Story
Wait, aren’t we talking about the outfield? Well, yes, but signing one of the two remaining high-profile shortstops — Corey Seager (Texas Rangers), Marcus Semien (Rangers) and Javier Báez (Detroit Tigers) already found new homes — would have a direct impact on the outfield, as it almost certainly would keep Hernández out there on a near-full-time basis.

This scenario might be a long shot, despite rumors the Red Sox have kept tabs on both Correa and Story. And it also raises the question of whether Xander Bogaerts would stay at shortstop or move to second base, as analytics favor both Correa and Story as defenders. But it’s a fun possibility to ponder.

It should be noted, too, that Correa will command a much higher payday, whereas there’s been some speculation about Story potentially accepting a one-year pillow contract with an eye toward reestablishing his value for next offseason.

Option 5: Swing a trade
Could be a small trade. Could be a blockbuster. But there are some outfield trade candidates out there as franchises plot their courses for 2022. Maybe someone like Whit Merrifield, Ian Happ or Garrett Cooper would do the trick, with their fit determined by what each brings to the table? Again, just spitballin’ here. 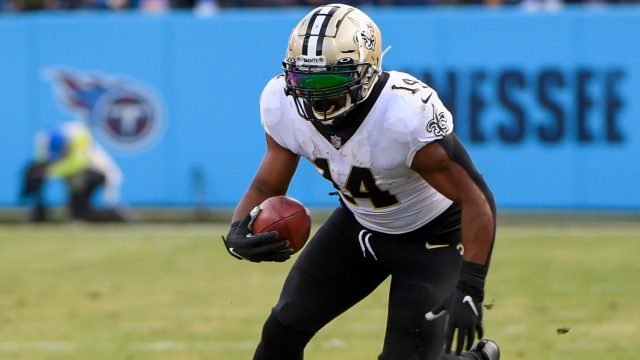 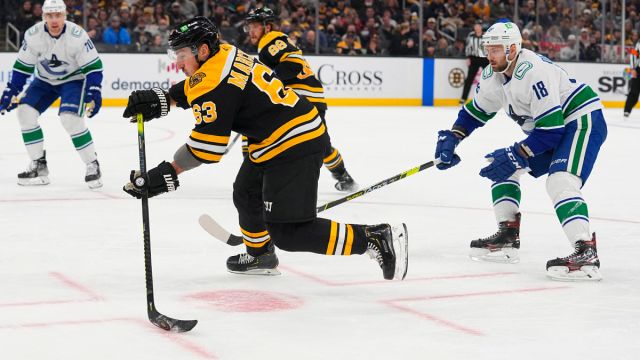