Many NFL rumors, including those about the Patriots, wind up being totally bogus. That clearly was not the case in November, when New England was reported as a potential landing spot for Odell Beckham Jr.

The star receiver, who was released by the Cleveland Browns, wound up signing with the Rams, who will face the Cincinnati Bengals at SoFi Stadium on Sunday in Super Bowl LVI. Beckham clearly has been a great fit in Los Angeles, and with quarterback Matthew Stafford, since Day 1.

And yet, with Beckham set to become a free agent this offseason, many Patriots fans remain hopeful of the 29-year-old finally making the jump to New England. If nothing else, the comments Beckham made Monday night make it far easier to envision those dreams being realized.

While speaking with reporters during the virtual Super Bowl Opening Night, Beckham admitted he was “very, very, very” close to signing with the Patriots in November. He then offered insight into his conversations with New England head coach Bill Belichick.

“I don’t think I (told) him on the phone,” Beckham said, “but I was (thinking), ‘You know, if this was three years ago, it would’ve been ideal because Tom (Brady) is one of my favorites.’ I know I posted a video a long time (ago) of just the passion and the fire that Tom has, and there’s a bunch of clips cutting to me doing similar things. And mine gets misconstrued for something else, and his is something else, and it’s just like, actually I love football that much that I’ll punch a water cooler. Like, I care that much for this game. …

“And for a guy, a coach like Bill Belichick, who I’ve admired for years and I’ve seen, and, just, always was like, ‘Man, someday I’m gonna play for Bill Belichick.’ … For him to call me; to be able to just sit down on the phone and talk football — I mean, it’s like, what more could you ask for? So, I was very close (to joining Patriots). That’s one of the teams that was in there. But I just, I felt like (Los Angeles) was home, that this was right.”

So, to recap: Beckham, scheduled to become a free agent in March, said he nearly joined the Patriots and that he long has imagined playing for Belichick. And New England certainly could benefit from adding a top receiver for quarterback Mac Jones to work with.

Whether Beckham and the Patriots will join forces this offseason remains to be seen, but it is fairer than ever before to speculate about it happening. However, that doesn’t mean that Beckham and New England are a good match, or that he even would be interested in leaving Los Angeles in free agency.

The Patriots need help at receiver — there’s no question about that. Whether it be in the form of an elite, Ja’Marr Chase-like talent or a traditional New England slot wideout like Julian Edelman, Jones needs a go-to target who can quickly get open on a consistent basis. Beckham still is a very good player but, at this point in his career, he’s more of a high-end WR2 than the dominant force we saw early in his career. Plus, he’ll turn 30 next November, has a long injury history and won’t come cheap. Inking Beckham now to an expensive, long-term commitment is a far different proposition than adding him mid-season to bolster the receiving corps for the stretch run.

Also, you could argue New England instead should spend money on fixing its aging, flawed defense and use the draft — Jameson Williams, anyone? — to address its issues at receiver. But there absolutely is a case to be made for going all-in on offense, too. We’ll just have to wait and see what the Patriots are thinking.

As for Beckham, he clearly is happy with the Rams. It’s entirely possible that, regardless of what happens in the Super Bowl, he re-signs with Los Angeles and spends the next few years of his career catching passes from Stafford. He clearly loves Belichick, but is that enough to lure him from a championship-ready team in sunny Southern California to a promising, but still-rebuilding, group in frigid New England? Only Beckham knows the answer to that question.

Still, if Beckham indeed tests the open market this spring, expect the Patriots to be a popular name on the rumor mill — and for good reason. 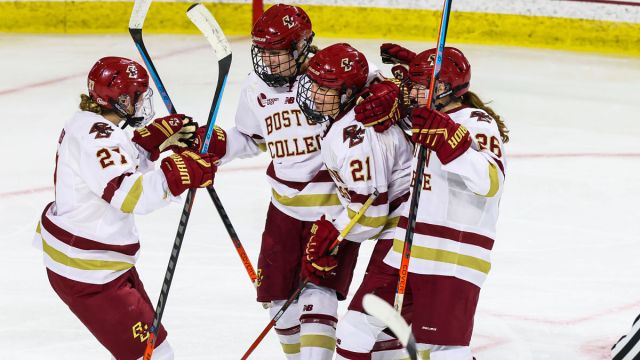 2022 Women’s Beanpot: What To Watch For In BC-Harvard Championship 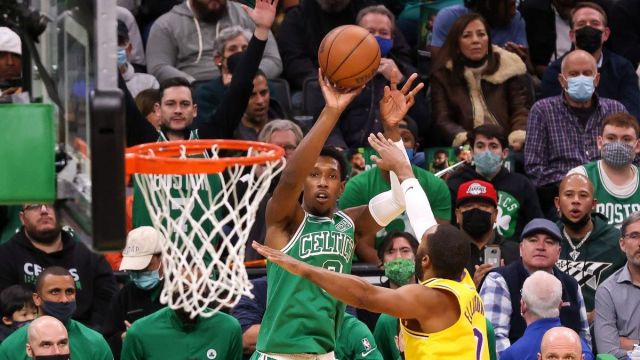