David Ortiz’s Hall of Fame career will be remembered for the singular moments as much as the overall body of work. The guy literally changed Major League Baseball history with a few swings of the bat.

But step back for a 30,000-foot view and you’ll realize Ortiz’s longevity, and ability to perform at an elite level for such a prolonged period, speaks to his accepted place in Boston lore. No player in Red Sox history has been more influential or important as Big Papi.

Just think, Ortiz arrived in Boston in 2003 — to very little fanfare, in fact — with the “Curse of the Bambino” very much intact. By the time he retired in 2016, the Red Sox had added three World Series banners to the right-field façade (2004, 2007 and 2013). The franchise shattered the notion it couldn’t win on baseball’s big stage, establishing itself as a perennial championship contender, and Ortiz was at the center of that dramatic transformation, all while other pieces continued to shift around him.

The Red Sox’s identity changed multiple times throughout Ortiz’s 14-year run in Boston, from the lovable “idiots” of 2004 to the “bearded brothers” of 2013 and beyond. And Ortiz’s impact can’t be overstated. He didn’t just help build a culture. He, in many ways, was and is the culture.

To truly assess the magnitude of Ortiz’s contributions, one must look no further than the names who shuffled through Boston between 2003 and 2016. We’re talking about some really good players — legends, in some instances — and yet Ortiz stood tall as the face that ran the place.

Back when Pedro Martinez entered the Baseball Hall of Fame in 2015, we broke down the top 45 Red Sox players of his tenure (1998-2004) — in honor of his No. 45 — with rankings based on an inexact, non-scientific system that took into account each player’s peak performance, value, years of service and intangibles, among other difficult-to-describe factors.

Now, let’s perform a similar exercise for Ortiz, this time going more chronologically — as opposed to impact-based — to essentially highlight the 34 players most synonymous with the slugger’s Red Sox career. In other words, when you think of Ortiz’s time in Boston, you might also think of these dudes.

The overarching goal: Good, clean fun, first and foremost. But also to showcase the mini eras that seemed to emerge within Ortiz’s run of dominance. That Ortiz played (and thrived) alongside Manny Ramirez and Pedro Martinez (stars of the mid- to late-1990s) as well as Mookie Betts and Xander Bogaerts (contemporary studs) is rather mind-blowing.

So, let’s roll. (The years in parentheses indicate when each player was teammates with Ortiz in Boston.)

1. Manny Ramirez (2003-08) — The other half of the Red Sox’s two-headed offensive monster. A dominant force in his own right, whom Ortiz fit next to perfectly as a left-handed complement.

2. Pedro Martinez (2003-04) — Only played two seasons together, but Martinez basically was responsible from bringing Ortiz to Boston — en route to Cooperstown.

3. Nomar Garciaparra (2003-04) — Yes, the Red Sox won the 2004 World Series after trading Garciaparra midseason. But it’s freakin’ Nomar. He was a star when Ortiz arrived and Boston fans should have nothing but love for the shortstop.

8. Johnny Damon (2003-05) — Leaving the Red Sox for the Yankees was a questionable move. But the original “idiot” — we say that endearingly, of course — was instrumental in the ’04 title.

12. Curt Schilling (2004-07) — Say what you want about Schilling, but he helped the Red Sox get over the hump, with the “bloody sock” performance being his magnum opus.

14. Kevin Youkilis (2004-12) — A homegrown three-time All-Star who helped usher in the next wave of talent. A slick-fielding on-base machine.

16. Dustin Pedroia (2006-16) — A franchise cornerstone who went through countless battles alongside Ortiz. He, too, stood the test of time, excelling amid several iterations of the Red Sox’s roster.

17. Jon Lester (2006-14) — A workhorse who saved his best for the bright lights. He was the pitching equivalent of Pedroia as it relates to Ortiz’s career.

20. J.D. Drew (2007-11) — Criminally underrated. Often took heat after signing a lucrative contract, but was a rock-solid contributor across the board. With a huge grand slam in the 2007 ALCS, to boot.

21. Jacoby Ellsbury (2007-13) — Pulled a Damon and left for the Yankees, but still made his presence felt in Boston, winning titles in 2007 and 2013. Another really good homegrown player.

23. Adrián Beltré (2010) — Like V-Mart, packed a lot into a short span. Earned an All-Star selection plus a Silver Slugger award in his lone season with Boston. Went on to have continued success elsewhere, but still worthy of a soft spot in Red Sox fans’ hearts. Just don’t touch his head.

27. Jonny Gomes (2013-14) — A catalyst who took advantage of his opportunities. Provided both clutch hits and entertainment value. A face of the ’13 squad.

28. Shane Victorino (2013-15) — Mostly remembered for his postseason heroics in 2013, including a grand slam in Game 6 of the ALCS and a bases-clearing line drive in Game 6 of the World Series. But man, could The Flyin’ Hawaiian play a solid right field at Fenway Park.

29. Koji Uehara (2013-16) — An unhittable splitter and an infectious personality. High-fives all around.

33. Mookie Betts (2014-16) — A superstar in every sense of the word. Still speaks highly of the influence Ortiz had on him as a young player in Boston. 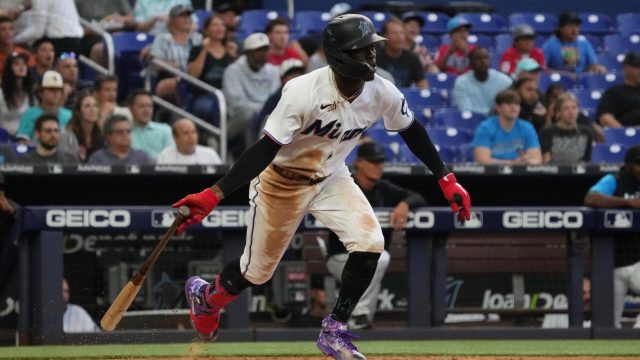 Marlins SS Jazz Chisholm has Stress Fracture in Back; Likely Out 6 Weeks 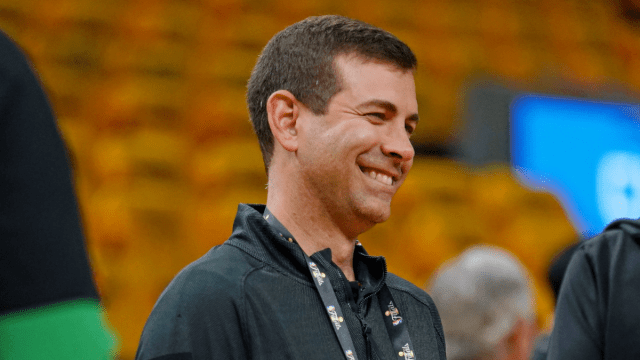